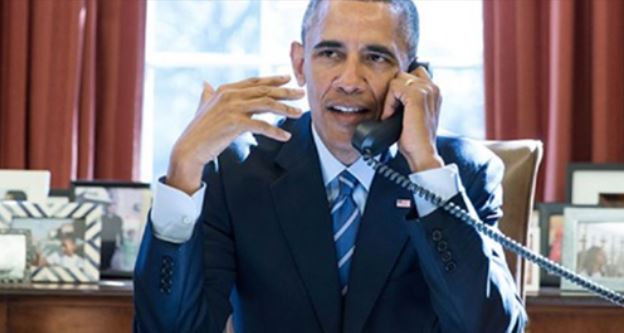 Newly released documents by the DOJ seem to directly implicate Barack Hussein Obama as the leader in the operations to spy on Trump during the 2016 election as well as after to essentially destroy the Trump presidency and to eventually have him impeached and removed from office.

Anyone with a brain knows that Obama was involved and was in charge of the mission in my opinion.

I mean, come on man- it’s just a no-brainer.

The latest emails released from the DOJ today in the General Michael Flynn case show the Obama White House was running the show. In the last line in the first paragraph on page 9 of the 12 page release it says:

We need to discuss what happens if DOJ directs us, or directly tells, VPOTUS or anyone else about the [redacted] specifically w/r/t [with regards to] what we do directly with him. I think it will be very difficult not to do some sort of overt step with him, a defensive briefing or interview under light “defensive briefing” pretext unless WH specifically directs us not to.

In early June 2018 Judicial Watch’s Chris Farrell said the following about this text on Obama:

…These folks are so far out of bounds and so far beyond that pale. When people talk about it being a coup, there’s no exaggeration there. It was a coup. It was an effort to unseat or destabilize the Trump Administration, the President personally but actually his entire administration and we’ve never seen anything like it.

This makes, you know, pick your favorite scandal, Watergate, Whitewater, whatever, it makes all that look like Keystone cops. This was a very sophisticated, very thought out….

There’s a very important text message from Lisa Page to Peter Strzok and that is from November of 2016 and the context for the text message is – Strzok asks Lisa Page, “Hey, what are you doing?” or words to that effect.

She reports back very excitedly that she’s preparing talking points for Director Comey to go brief the President on what they’re doing. And the quote from Lisa Page is quote – “POTUS wants to know everything we’re doing” – closed quote.

That POTUS of course is Barack Obama. And, I will take Lisa Page at her word. It’s an off the cuff communication with her paramour. She’s excited. She’s getting the Director prepped.

This entire, it’s a tragedy. It’s a scandal we’ve never seen before constitutionally. This rests entirely on Mr. Obama and his administration. It starts with them and we need real accountability. Let’s get Mr. Obama under oath.

Stay tuned for more because if justice is served a hell of a lot of people should be locked up in a cage for a long, long time.