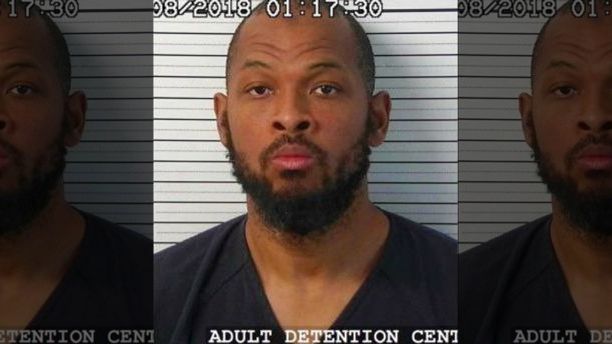 According to WSB-TV, court documents show the suspects sought to target Grady Memorial Hospital in downtown Atlanta, in addition to law enforcement and “specific targets such as teachers, schools, banks” and other American institutions. Additionally, the documents reveal that the “extremist Muslims” at the compound talked “about dying in Jihad,” while children admitted to receiving “advanced” firearms training and instructions to target law enforcement personnel “when the time came.”

Horrific, made even worse by law enforcement who rushed to destroy the Islamic compound just days after the kidnapping and murder made national news. They destroyed evidence, despise the fact that the the investigation was new and ongoing. New charges were filed against the devout (“extremist”) Muslims. For years, the FBI and local law enforcement did nothing about this jihad compound, despite tips and numerous calls from concerned citizens. It took the murder of a child to get them to pay attention. What is the first thing they do after it is discovered a child was murdered on the compound and several starved to almost certain death? They destroy the compound to cover up both their negligence and what happened there.

News of what happened there was embarrassing to the Muslim community in the U.S., and making Islam look good seems to be the top priority of law enforcement officials. It’s sharia compliance in New Mexico.

Sharia New Mexico: Islamic compound jihadis RELEASED on bond after charges of “Islamophobia” and “racism” (Islam is not a race)

Two of the adults arrested at the New Mexico terror compound sought to carry out an attack against Atlanta’s Grady Memorial Hospital. (Image source: WSB-TV screenshot)

According to WSB-TV, court documents show the suspects sought to target Grady Memorial Hospital in downtown Atlanta, in addition to law enforcement and “specific targets such as teachers, schools, banks and other ‘corrupt’ institutions.”

Prosecutors revealed the stunning information in a 13-page document filed in court on Friday. They are asking a judge to reconsider granting the five suspects bail, citing the planned attacks and the tragic death of 3-year-old Abdul-Ghani Wahha.

Police have criminally charged the boy’s father, Siraj Wahha, and his partner, Jany Leveille, for his death.

To support their motion, prosecutors said they recovered a 10-page, handwritten document titled “Phases of a Terrorist Attack” from the remote New Mexico compound.

The document contains “instructions for ‘The one-time terrorist,’ instructions on the use of a ‘choke point,’ a location ‘called the ideal attack site,’ the ‘ability to defend the safe haven,’ the ‘ability to escape-perimeter rings,’ and ‘sniper position detection procedure,” the court filing said, according to CNN.

In a journal, Leveille “expressed her displeasure with Grady Hospital … due to the treatment she and her mother received there,” the court filings said. However, the document did not elaborate on what Leveille was referring to.

Additionally, the documents claim Leveille and other adults at the compound joked “about dying in Jihad,” while children admitted to receiving “advanced” firearms training and instructions to target law enforcement personnel “when the time came.”