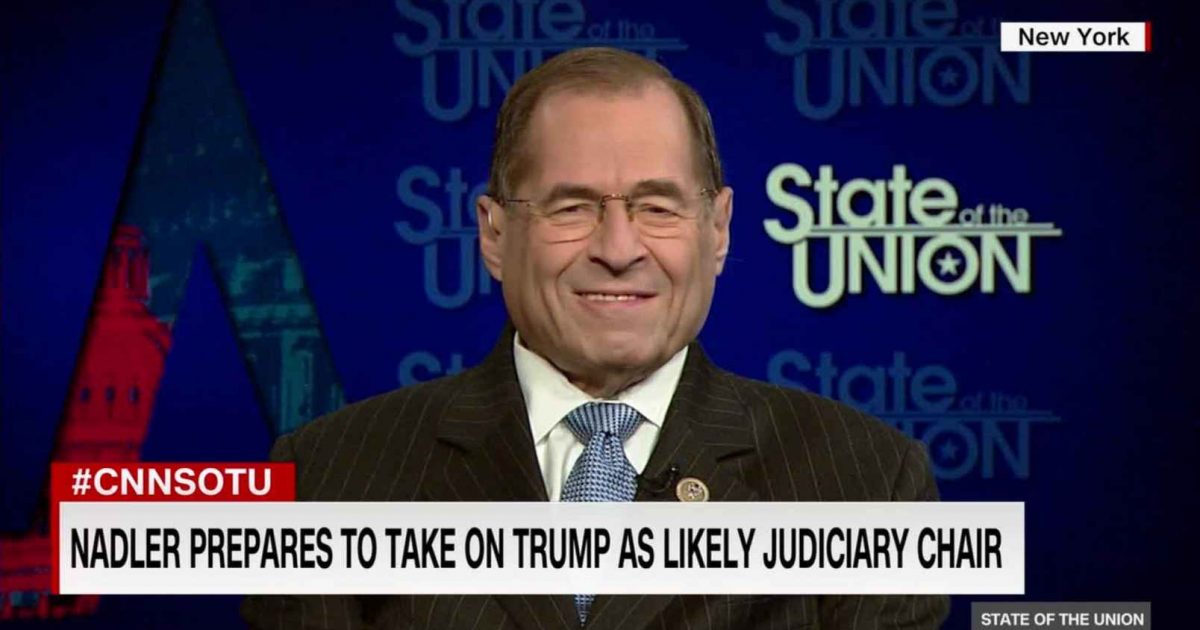 And in the final act, voter fraud becomes leverage for shutting down one of the worst abuses of power in White House history.

The Democrat poised to lead the House Judiciary Committee next year says he has no intention of continuing the GOP-led investigation into FBI and Justice Department (DOJ) decision making during the 2016 election.

Rep. Jerrold Nadler (D-N.Y.), who stepped outside of the ongoing closed-door interview with former FBI Director James Comey, told reporters Friday that he plans to end the probe come January.

“Yes, because it is a waste of time to start with,” Nadler said in response to a question about whether he would end the probe. Nadler characterized the Republican investigation as a political sideshow that aims to distract from special counsel Robert Mueller’s investigation into possible ties between the Trump campaign and Russia.

“The entire purpose of this investigation is to be a diversion of the real investigation, which is Mueller. There is no evidence of bias at the FBI and this other nonsense they are talking about,” he continued.

Or, as one of New York’s slimiest pols call it, “no evidence”.