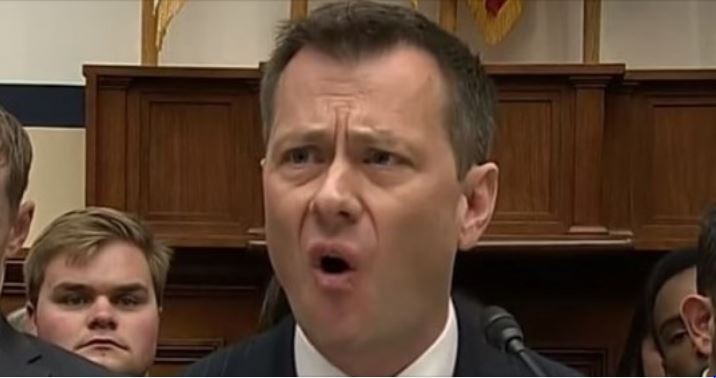 The document was drafted and ready to roll until dirtbag agent Peter Strzok intervened.

Of course you all know that Strzok was eventually fired.

But the damage was done.

Too little -too late.

Flynn’s former lawyers at Covington and Burling (Where Eric Holder was a partner) failed to turn over thousands of pages of documents as required by law, We Are Biased reported. It is not clear whether the FBI files are also among the Covington documents.

Couple wrinkles: The document is a draft, it leaves open the prospect that it could be reopened if new information were discovered.

The document shows the FBI repeatedly turned to other agencies/sources for any info on Flynn's activities that might show "derogatory" info re: connections to Russia. They came up empty but for what a source described as a questionable cab/train ride. pic.twitter.com/BIka8bQOIO

Members of the FBI working on the Flynn case found that charges he violated the Logan Act was not a viable case but Strzok contacted the agent and urged him to continue the case.

Joel B. Pollak at Breitbart reports that the documents include text messages from Strzok to another agent urging that agent not to close the case. Strzok infamously texted FBI lawyer Lisa Page about their mutual dislike of Trump and his supporters, and talked about an “insurance policy” they would pursue in the unlikely event that Trump won the 2016 election. Strzok was later reassigned away from Special Counsel Robert Mueller’s investigation into “Russia collusion” after his anti-Trump bias was discovered in the text messages. (No such “collusion” was ever found.)

Notably, the memorandum to close the investigation into Flynn — for allegedly violating the Logan Act, an archaic law preventing private citizens from conducting public diplomacy — was dated January 4, 2017.

Then-President Barack Obama, then-Vice President Joe Biden, and other senior officials met with then-FBI Director James Comey the next day (Jan. 5), to give him instructions as to how he should brief President-elect Trump the following day (Jan. 6) about the FBI’s Russia investigation. Comey was instructed to tell Trump specifically about the salacious accusations in the Steele dossier, which were false and uncorroborated.

The FBI met with Flynn at the White House on Jan. 24, and the Department of Justice used that meeting to prosecute him for lying to the FBI. Documents released Wednesday suggest the FBI was not attempting to find out anything new, but to trap Flynn in a lie. They did not warn him he was a target of investigation.