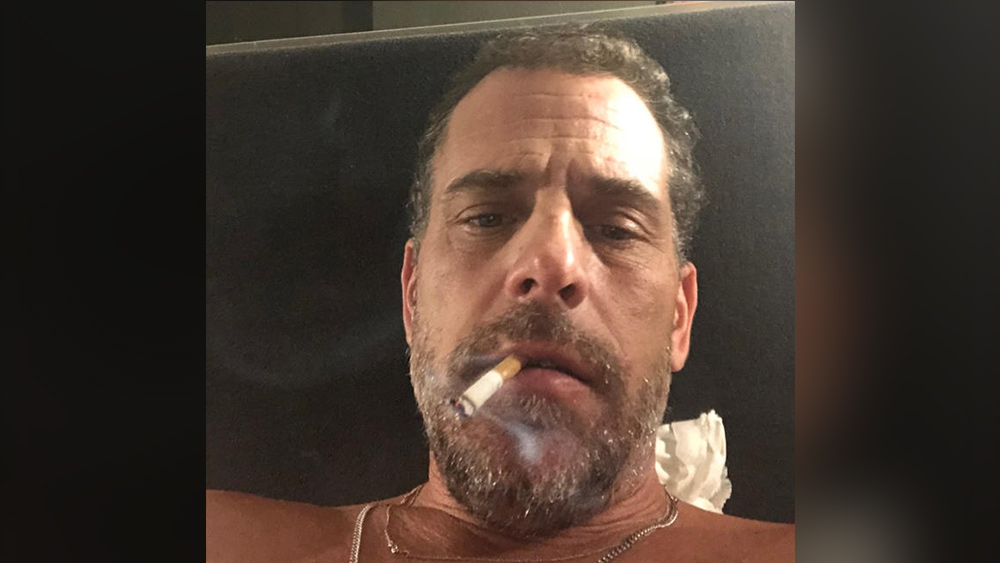 (Natural News) For four years supporters of President Donald Trump have been waiting and waiting for the wheels of justice to turn and for those responsible for the coup attempt to remove him from office to be held responsible.

We continue to wait, despite the fact that Attorney General William Barr promised us two years ago when he was appointed to replace the failed Jeff Sessions that there would be justice. There should be justice; the evidence that the Obama-led deep state including Hillary Clinton and that rat fink James Comey were all involved as well is overwhelming.

That said, perhaps the president is going to get his justice in another way: By exposing the massive corruption linked to his opponent, Joe Biden.

The New York Post published bombshell revelations earlier this week contained in emails that were obtained from a laptop reportedly belonging to Hunter Biden that was abandoned at a Delaware computer repair shop. The contents of the laptop hard drive were provided to Rudy Giuliani, the president’s lawyer, who then gave a copy of the contents to the Post.

Now, a new trove of emails provided by a former business associate of Hunter Biden’s inner circle, who is currently serving time in prison for a 2016 investment scheme, reveal that the former vice president’s son and some colleagues essentially used their access to the Obama regime to peddle influence to potential Chinese investors and clients.

The influence peddling included a private, not documented meeting with the former vice president himself, Joe Biden.

Newly obtained emails from a Hunter Biden business partner lay out in detail how the Vice President’s son and his colleagues used their access to the Obama-Biden administration to arrange private meetings for potential foreign clients and investors at the highest levels in the White House. These never-before-revealed emails outline how a delegation of Chinese investors and Communist Party officials managed to secure a private, off-the-books meeting with then-Vice President Joe Biden.

In a 2011 email, Hunter Biden’s business associates also discussed developing relations with what one called “China Inc.” as part of a “new push on soft diplomacy for the Chinese.” These emails are completely unconnected to the Hunter Biden emails being released by the New York Post.

The emails were provided to the two authors by Bevan Cooney, once an associate of Hunter Biden and his business partner, Devon Archer. Cooney explained to Schweizer that he believes he became the “fall guy” for the scheme with which he was convicted and sent to prison, while Archer and Hunter Biden managed to avoid responsibility.

Archer was convicted in the case, too, but alas, a federal judge vacated his conviction. Still, an appellate court overturned the lower court’s ruling and now Archer is awaiting sentencing. (Related: Obama, Clinton, Biden and Brennan will “hang for treason” when this evidence comes out… BOMBSHELL recordings prove they had Seal Team Six EXECUTED to cover up deep state crimes.)

“The emails offer a unique window into just how the Biden universe conducted business during the Obama-Biden Administration. These associates sought to trade on Hunter Biden’s relationship with, and access to, his father and the Obama-Biden White House in order to generate business,” the authors wrote.

In an email forwarded to Archer on Nov. 5, 2011, for instance, a business contact teased the opportunity to get “potentially outstanding new clients” for helping to arrange White House meetings with a number of Chinese executives and Communist government officials.

“The group was the China Entrepreneur Club (CEC) and the delegation included Chinese billionaires, Chinese Communist Party loyalists, and at least one ‘respected diplomat’ from Beijing,” the authors wrote, noting that in spite of the “benign name” of the group, the CEC has been labeled “a second foreign ministry” working on behalf of the ChiCom government.

The contact, Mohamed A. Khashoggi, would write the visit presented “a soft diplomacy play that could be very effective” and would give Hunter Biden’s business partners “good access to [the Chinese] for any deal in the future.”