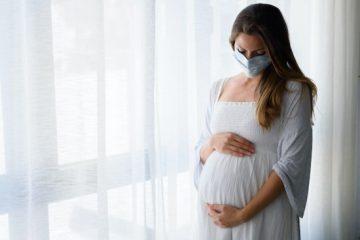 Well, what should we expect from a man, Bill Gates, whose daddy was head of Planned Parenthood, an organization that murders children at home and abroad? Gates has largely been responsible for funding these death injections, and what we have warned about is not just happening to adults, it’s happening to our children now! The New England Journal of Medicine just published a study in which it was discovered that 82% of pregnant women vaccinated in the first or second trimester suffer spontaneous abortions.

Most pregnant women in their first or second trimester that get the Fauci jabs suffer spontaneous abortions, so how could it possibly be “safe” or “effective,” unless effective means effective at killing babies, in and out of the womb.

Watch the (short) videos for yourself and get ready for creepy, script-laden pharma death-cult propaganda. “If you’re thinking of getting pregnant soon, GO get the Covid-19 vaccine RIGHT NOW,” she whispers in a creepy voice.

Then her cohort, a practicing OBGYN, calls it “COVID-19 disease.” Sure. Then it’s onward to the corrupt CDC website for more information on population reduction schemes.

The New England Journal of Medicine published a study showing pregnant women given the Fauci jabs in their first and second trimesters going into spontaneous abortion shortly after getting the spike proteins injected into their vascular system. This vaccine-induced abortion rate is not at 4 percent, or 10 percent or 50 percent – it’s at a whopping 82 percent.

Do the women of this world want to play Russian roulette with their baby’s life with four to five bullets in a six chamber gun? Yes, with that murder rate, it won’t matter if you call it an abortion, a “still-birth,” or a “sudden death” (remembering SIDS), because they surely will not call it what it is… vaccine-induced abortion (as published in Pub-Med).

CDC obviously is paying nurses and doctors to read the pharma script, word for word, and carpet bomb social media with short videos. Dial it back to Hitler, again, with little video clips like propaganda film “trailers.” Bill Gates said it best when he declared he could save the world by reducing the population by a few billion if we do a “really great job with vaccines and healthcare” – and by healthcare, make no mistake, he meant abortions.

We live in the age of influencers, so the CDC found some shills who act like they are

How far have public service announcements come that paid actors for the CDC lie and say that women are safe to get COVID-19 vaccines before, during and after pregnancy, when millions of pregnant women are at high risk of blood clots, neurological disorders, myocarditis, extreme allergic reactions, COVID variants, ADE, and the list goes on. So now the CDC uses the old vaccine lie “safe and effective” and some whispering lunatic to con women into getting spike protein injections right before getting pregnant. How does this help?

They’ll tell you the antibodies go right from the mom to the new baby, but that would be horrible. Imagine the consequences of having a newborn that is MORE susceptible to catching and dying from COVID variants because he or she got indirectly “vaccinated” with toxic gene therapy “technology.” Don’t believe everything you see that’s promoted by a regulatory agency. Also, avoid “absorbing” advice on your pregnancy from the Big Pharma abortion death cult. That is one highly toxic sponge.

We were warning about this a long time ago. Why were people not listening? Why was the Mockingbird media withholding this information from the People? Why were representatives and bureaucrats in government not telling the People the truth? The answers are money, power and control.

Isn’t it time we brought justice upon their wicked heads?