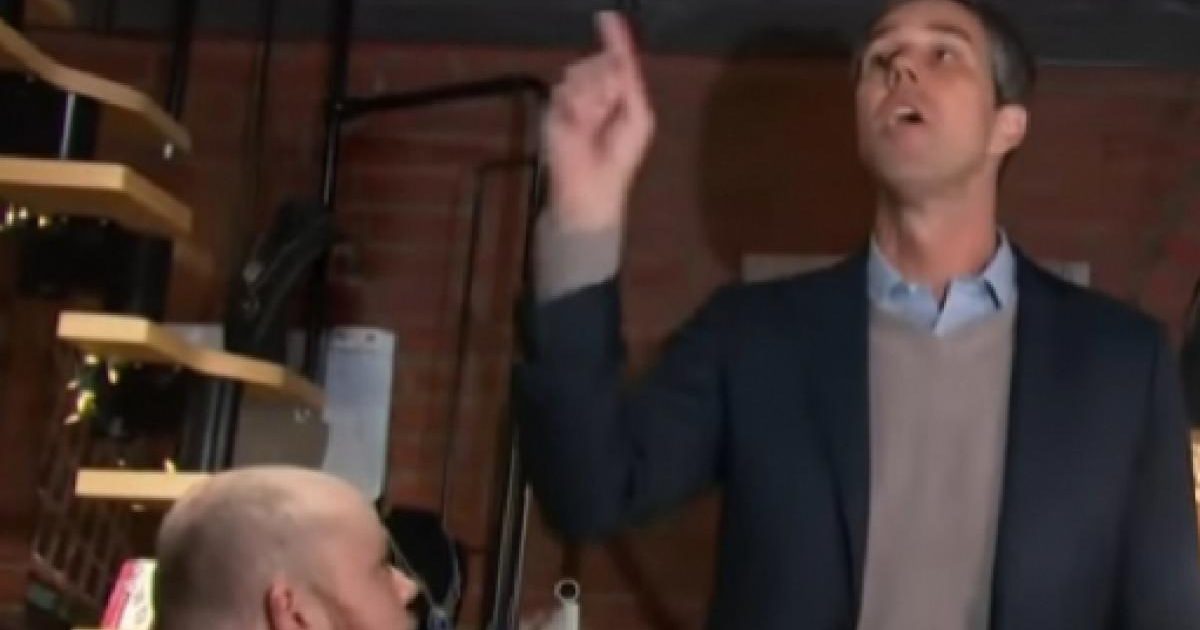 O’Rourke, the dirt-eating, America-hating, wannabe tyrant who said he would make gun owners sell their weapons to the government, has said those who do not obey his edict to hand over certain guns would receive a visit from law enforcement.

But Cage isn’t going along with that idea.

Sheriff Mark Gage is not in line with O’Rourke’s plan. In fact, Townhall quoted Cage saying, “I’m not sure whether his statements are naive or just plain ignorant and arrogant. Maybe it’s all three.”

Cage continued, “The thought of anyone utilizing my sheriff’s office or any other law enforcement agency in this country as their personal Gestapo to go door to door violating citizen’s rights is disgusting, unrealistic and downright un-American.”

And, Hawkins said, Cage “believes ‘bloodshed’ will the be unavoidable outcome of O’Rourke’s plans, should they ever be put in place.”

“Some of my constituents are already adopting the mantra of ‘Come take mine Beto!’…His rhetoric has gotten old and I look forward to the day when he shuts up,” Cage added.

Moreover, Cage isn’t the only sheriff who seems to think that way.

Weld County, Colorado, Sheriff Steve Reams shared a similar sentiment, Hawkins reported, calling O’Rourke’s gun confiscation plan “unconstitutional.” He also warned that deputies could be “in the crosshairs” if such a proposal is put in place.

“I think that you have to be concerned for the safety of the citizen [too] because, at that point, they don’t know if law enforcement is coming to protect them or disarm them and that creates a very tense situation,” Reams said.