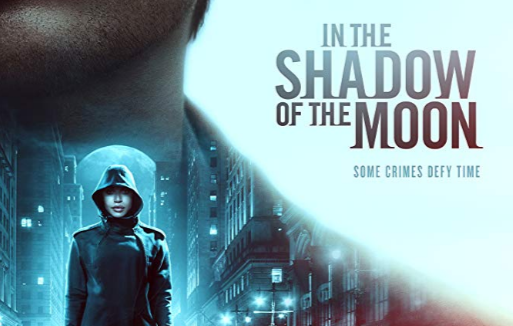 (Natural News) As the delusional, insane cult of liberalism continues to infect every institution across America, Hollywood has been transformed into the place where left-wing fantasies are played out on the big screen to satisfy the delusions of the brainwashed masses. The latest example of these left-wing fantasies is found in a new Netflix feature movie called, “In the Shadow of the Moon.”

This new film imagines time-traveling liberals who wear Antifa hoodies murdering patriots across America, following a pre-crime kill list that includes a concert pianist, a grill cook, a bus driver and other people who have done nothing wrong. The pre-crime murder is intended to execute these people before they start an uprising against globalism, which of course seeks to overrun America and destroy our national sovereignty. The entire point of the film is to make sure all these people who defend America are killed, ensuring globalism succeeds in overrunning this nation and enslaving humanity. (The film’s writers are clearly in the pro-enslavement camp and believe that the ends justify the means.)

In the Shadow of the Moon, starring Boyd Holbrook and Cleopatra Coleman (see comments below about their acting skills, which are superb) depicts patriots as so evil that “their crimes defy time.” With all the usual smears you would expect from a left-wing Ministry of Truth propaganda operation — after all, even the NY Times now just fabricates total fantasy to try to destroy Trump — this new film conflates patriotism with white supremacy and anti-globalism paranoia. All the typical symbols of patriots are demonized in the film, including the American flag, AR-15s and resistance against global tyranny. 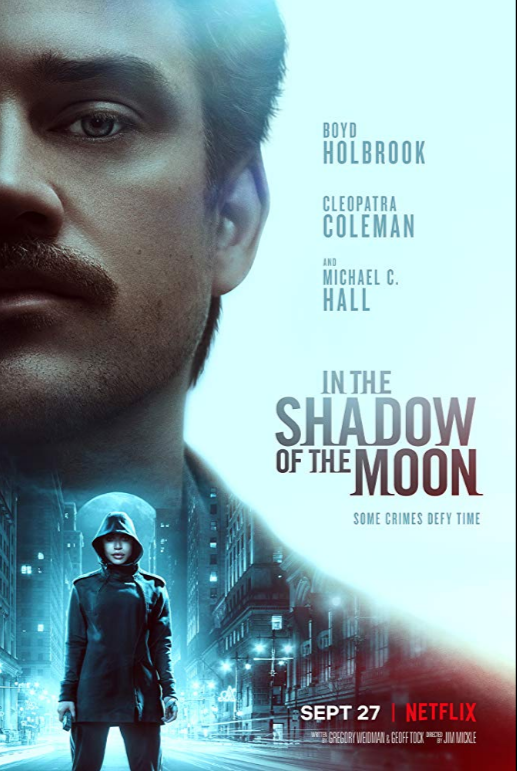 The premise of the film is that an alignment of the moon and the Earth causes a time-traveling wormhole to open up once every nine years, somehow allowing one specific person to travel back in time so that they can murder patriots at ever-earlier opportunities. The “pre-crime” murder is fully justified by the characters in the film, who explain that killing patriots is necessary to stop a civil war that might kill millions.

Nowhere in the film, of course, is any character concerned about the Democrats’ total destruction of the Bill of Rights, their trampling on the First Amendment and Second Amendment, or the rise of global authoritarianism, or even the fact that the entire mainstream media today has become nothing but a fiction fantasy fake news cartel that pushes lies in order to destroy America from within. In fact, this film functions as an example of rising globalist authoritarianism and how it rolls out propaganda campaigns to try to brainwash the masses into believing that loving your country is somehow evil.

The film parodies itself, in other words. The writers seem to have no clue that their project is, itself, an exactly of exactly the kind of dystopian authoritarian tyranny that sci-fi films of an earlier generation fought against.

While today’s progressives are thrilled when people from Somalia love Somalia (i.e. Ilhan Omar), or when people from Mexico love Mexico, somehow when Americans love their own country, that’s extremely evil and worthy of the label, “white nationalism.” Again and again throughout the last half of this film, the message becomes increasingly clear that anyone who loves America must be killed. That’s the real message of the radical Left which now controls Hollywood. This is literally what they believe about our world today, and that’s why they demand to take away all the firearms of conservatives, Christians and Trump supporters. Because once they disarm you, they quite literally want to murder you. (But they have to convince you to disarm first, hence all the false flag operations and coordinated anti-gun media propaganda.)

Not surprisingly, the main character carrying out all this pre-crime murder is wearing an Antifa hoodie and has a shaved head, sporting a gender-neutral look that’s all part of the transgenderism indoctrination now targeting children. I’m surprised the film didn’t show all the cities flooding with ocean water and try to terrorize the audience with more climate change hysteria, but then again filming movies on water is horrendously difficult (remember Waterworld?). Apparently, even Leftists can only pack so much propaganda into one film before the whole thing becomes absurd.

Cinematography and acting are all top-notch

Separating the message from the technical achievements of the film, it’s worth noting that the production value of this feature film is top-notch. Boyd Holbrook, in particular — who had a breakout role in the Narcos Netflix series — is flat-out extraordinary, carrying his role as a man who spans three decades of aging throughout the film’s chapters. I don’t know anything about Holbrook’s politics, but as far as his acting skills go, this role showcases his skills at a level that I think puts him at the top of the list to be the next Harrison Ford of sci-fi thrillers. It’s not difficult, for example, to imagine Holbrook starring in a Blade Runner genre.

Cleopatra Coleman’s acting is also superb, although her character doesn’t span as many years as Holbrook’s character, so her opportunities for dynamic range of character expression are more limited.

The cinematography, action scenes and special effects are all extremely well done. The director, Jim Mickle, is clearly very skilled in his art. The writers — Gregory Weidman and Geoffrey Tock — sadly appear to be radical Left-wing lunatics, typical of Hollywood today in their hatred for America, liberty and anything related to Trump.

It’s sad to see all this incredible talent being swept into a delusional hate cult known as “progressivism,” which now openly fantasized about murdering political opponents in order to achieve an authoritarian “utopia” run by Antifa-type lunatics. But that’s what Hollywood has come to today: A filth-ridden cabal of delusional lunatics, mental patients, child diddlers and would-be murderers who see Antifa as the savior of America, and Trump as the mortal enemy of man. When the Hollywood elite isn’t molesting child actors or staging Weinstein-style casting couch rapes of young women, they’re screaming about how horrible it is to live in a country that has freedom of speech and the freedom to think. That’s why all these Hollywood lunatics also have it in for Dave Chappelle and Bill Burr… because even comedy is no longer “tolerated” by the intolerant Left.

Everything the deranged Left now promotes is rooted in fiction: Climate change, the Russia collusion hoax, the Ukraine “whistleblower” hoax and even the insane idea that children are born “genderless” and that there are an infinite number of genders in human beings (but not in other mammals such as apes or dogs).

Leftists are now living in a world of pure fantasy, completely detached from reality

In the months and years since the 2016 election outcome, it’s clear that progressives have lost their collective minds and are now retreating to their own made-up delusions and bubble worlds to fantasize about the future they wish would come true. Their future, of course, requires the mass murder of all political opponents, which is exactly how Stalin, Mao and other communist zealots achieved their goals, too. (Because the progressive Left in America today is essentially a repeat of the communists from the 1950s.)

Netflix is, of course, squarely in the camp of lunatic Leftists who want to murder everyone who loves America. Instead of using its platform to promote universal freedom and liberty for all people, regardless of their skin color or sexual orientation, they instead demonize those who love America, openly depicting the justification for the pre-crime murder of those who might rise up and resist globalist tyranny.

It’s just one more example of sick, twisted propaganda from the deranged Left which has utterly abandoned all ethics, morality, civility, fairness and the rule of law. With their top presidential candidates like Joe Biden and Hillary Clinton now collapsing into neurological decrepitude, it’s no wonder the world of fantasy is all the Leftists have remaining.

Because in the real world, no one wants to be ruled by a bunch of lunatic left-wing psychopaths who fantasize about the chemical castration of children, post-birth infanticide and silencing all their political opponents by suppressing the diversity of ideas. As a rule of thumb, never let people who celebrate the murder of their own babies also run your country, or they will run it into the ground.

If future time travelers wanted to stop mass human suffering and death, they would stop the Democrats

Finally, if the future tells us anything about progressives and what will come, it’s that everything run by Democrats turns to ruin, which is why Democrat-run cities are already collapsing into filth, lawlessness, violence and rampant disease.

If future time travelers could really visit us in the present and take actions to make the world a better place, they’d cut the tongue out of the mouth of Rep. Adam Schiff to finally put a stop to all his outrageous, treasonous lies. Alas, that’s my own slip into fantasy, since such a thing will never happen in the real world. But if we’re going to play fantasy, why not fantasize about a world where traitors are punished and courageous patriots are celebrated?

In summary, if you hate freedom, rationality, civility and America, keep watching Netflix, because that’s what they’ve become now: A propaganda programming network to feed the appetite for violence that now pervades Leftists in America. Or if you want even more outrageous fiction written for delusional progressives, read the New York Times.

Check out Propaganda.news for more coverage of the desperate propaganda efforts of the lunatic Left.