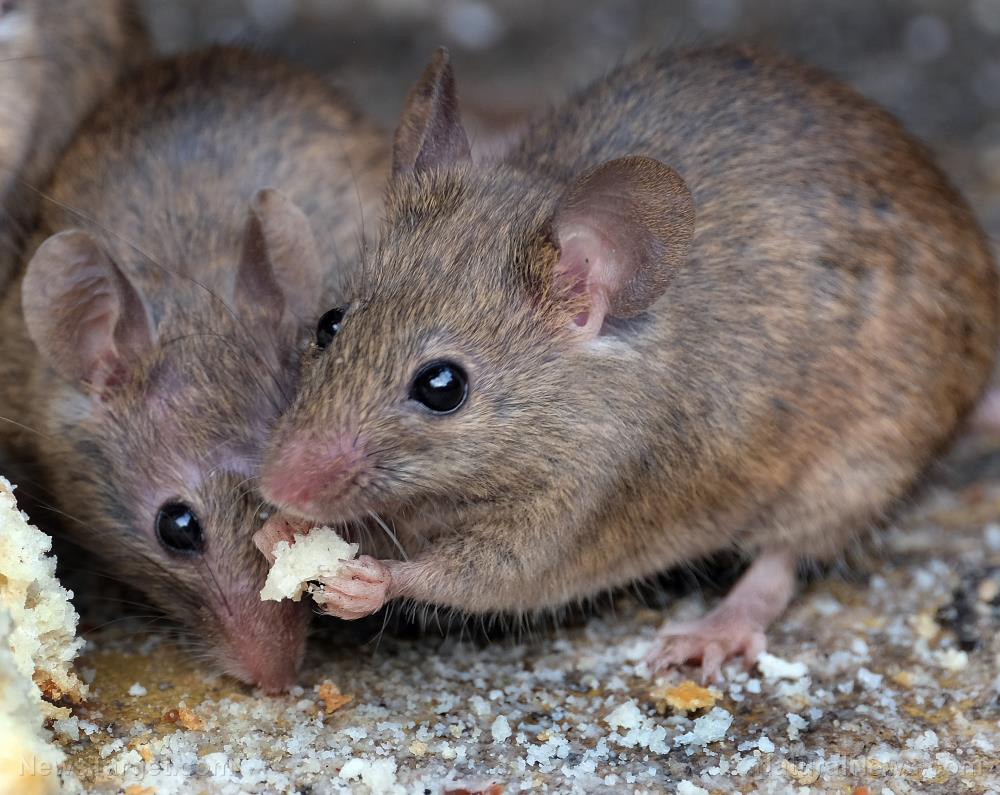 (Natural News) Scientists from several Chinese research institutions claim to have found evidence that the new Omicron (Moronic) variant of the Wuhan coronavirus (Covid-19) may have come from mice, indicating possible laboratory origins.

This so-called mutation supposedly has 45 points that diverge from the B.1.1 lineage, which is different from the B.1.617.2 lineage of the Delta variant, which the media honed in on back in the summer and fall.

“We found that the Omicron spike protein sequence was subjected to stronger positive selection than that of any reported SARS-CoV-2 variants known to evolve persistently in human hosts, suggesting a possibility of host-jumping,” the scientists wrote in their paper.

“The molecular spectrum of mutations (i.e., the relative frequency of the 12 types of base substitutions) acquired by the progenitor of Omicron was significantly different from the spectrum for viruses that evolved in human patients, but resembled the spectra associated with virus evolution in a mouse cellular environment.”

They further found that the mutations inherent to the Moronic spike protein significantly overlap with SARS-CoV-2 mutation known to promote adaptation to mouse hosts. It has a particular affinity for the mouse cell entry receptor, they claim.

“Collectively, our results suggest that the progenitor of Omicron jumped from humans to mice, rapidly accumulated mutations conducive to infecting that host, then jumped back into humans, indicating an inter-species evolutionary trajectory for the Omicron outbreak,” the study further states.

Will Omicron end the plandemic once and for all?

As you probably well know, the origins debate is a highly contentious one. Those pushing the plandemic claim the virus originated in bat stew, while the other side says it was more than likely created in a lab.

The evidence would seem to point strongly at laboratory origins for the original novel coronavirus. The same now appears to be true for Moronic, which more than likely does not occur randomly in nature.

There is also some speculation that Moronic may be a “white hat” operation to put an end to the plandemic once and for all.

If it really is the case that Moronic is a very mild form of the novel coronavirus that produces minimal, if any symptoms, then it stands to generate long-term protection against other mutated forms of the virus whenever they emerge.

In a recent press release, the Minnesota Department of Health (MDH) admitted that cases of Moronic in that state have been extremely mild and of no real concern.

A major outbreak of it would pretty much be a good thing if it means that everyone exposed will develop permanent immunity to all forms of SARS-CoV-2.

It is also speculated that Moronic could be a “fully vaccinated” disease, seeing as how most of the people testing “positive” for it are those who took the jabs like the government told them to do.

“Humans represent the largest known reservoir of SARS-CoV-2, and frequently come in contact with other animals, including livestock animals, pets, or wild animals that invade homes searching for food and shelter,” the study further explains, suggesting that Moronic-infected animals could be spreading the mutation to humans.

“Given the ability of SARS-CoV-2 to jump across various species, it appears likely that global populations will face additional animal-derived variants until the pandemic is well under control.”

“Our study thus emphasizes the need for viral surveillance and sequencing in animals, especially those in close contact with humans. Furthermore, computational characterization of the spike RBD in animals and identification of their potentials to interact with human ACE2 will likely help to prevent future outbreaks of dangerous SARS-CoV-2 variants.”

The latest news about the Chinese Virus can be found at Pandemic.news.