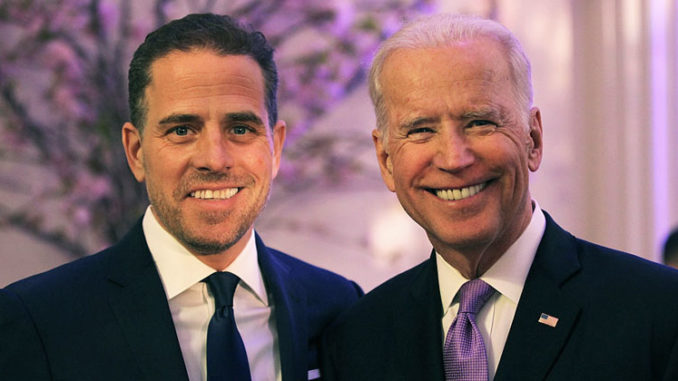 House Democrats’ impeachment narrative appears to have veered away from President Donald Trump’s alleged push for information on former Vice President Joe Biden even as a State Department official breathed new life into the controversy over the business dealings in Ukraine of Biden’s son, Hunter Biden.

“This is not just a phone call anymore,” former Watergate prosecutor Nick Akerman told The Daily Signal, referring to the July 25 conversation between Trump and Ukrainian President Volodymyr Zelenskyy. “This looks like a concerted effort.”

Akerman said he saw a game-changer for impeachment in acting White House chief of staff Mick Mulvaney’s acknowledgement Thursday that the Trump administration tied U.S. aid to Ukraine’s willingness to investigate a Democratic National Committee computer server that Trump and others suggest ended up there.

He was turned away by a staffer with the vice president’s office, the Post said Kent told the House Permanent Select Committee on Intelligence, which has taken the lead on the informal impeachment inquiry.

Hunter Biden reportedly was paid $50,000 per month for serving on the board of the Ukrainian natural gas company. Reuters reported Friday that during his five years on the Burisma board, the younger Biden never traveled to Ukraine.

Until now, the bulk of Democrats’ recent impeachment push has revolved around an alleged Trump quid pro quo to the Ukrainian leader to look into Hunter Biden’s business dealings while his father was Barack Obama’s vice president.

During the phone conversation with Zelenskyy, Trump did not explicitly mention a quid pro quo, according to a White House transcript.

The two leaders did talk vaguely about the DNC server and Hunter Biden. But the July 25 conversation came at a time when the United States still hadn’t sent a congressionally approved $391 million aid package to Ukraine.

Zelenskyy reportedly was not aware the U.S. money was being withheld.

Akerman, now in private law practice in New York, predicted that the House could pass articles of impeachment charging Trump with extortion, obstructing a House investigation, abuse of power, and perhaps a campaign finance violation.

“The president was holding money back for his personal and political benefit,” Akerman said.

During aThursday press briefing, Mulvaney told reporters: “Did he [Trump] also mention to me the corruption related to the DNC server? Absolutely. No question about it. But that’s it. That’s why we held up the money.”

Within hours, Mulvaney walked back those comments, insisted there was “no quid pro quo,” and blamed the media for mischaracterizing what he said.

But House Intelligence Chairman Adam Schiff, D-Calif., who is leading the impeachment effort, tweeted: “Mulvaney just said that U.S. military aid for Ukraine was held up pending Ukraine’s investigation of Democrats. Things just went from very, very bad to much, much worse.”

Things just went from very, very bad to much, much worse. https://t.co/HSVtX9yOBg

On Friday, Trump told reporters, “Crooked Schiff is coming after the Republican Party.”

Schiff is “compromised very sadly and badly,” he added.

Trump and his defenders previously have noted that three Democratic senators sent a letter to the Ukrainian government pushing officials to cooperate with the Russia-Trump investigation by special counsel Robert Mueller.

Sens. Richard Durbin of Illinois, Patrick Leahy of Vermont, and Robert Menendez of New Jersey signed the May 18 letter.

U.S. Attorney John Durham of Connecticut continues to investigate the origins of the Russia investigation that distracted the president and his administration for more than two years.

A president has a legitimate interest in preventing foreign aid from going to corrupt governments, said John Malcolm, a former deputy assistant attorney general for the criminal division of the Justice Department.

Malcolm told The Daily Signal that there is a difference between seeking foreign assistance in a political campaign and seeking it in an ongoing federal investigation.

“There is nothing wrong with asking the Ukrainian government to assist with an investigation into interference with the 2016 election,” Malcolm, now director of the Meese Center for Legal and Judicial Studies at The Heritage Foundation, said in an email.

Malcolm said it might be improper to ask the Ukrainian government to investigate a political rival, in this case Joe Biden, but on the other hand there could be legitimate reasons to make such a request.

He said Mulvaney “did not appear to be talking about Biden at all” when the chief of staff acknowledged U.S. funds had strings attached to Ukraine’s cooperating with a probe of the 2016 election.

As many Democrats tout extortion as the key to impeaching Trump, Curt Levey, president of the conservative legal group Committee for Justice, said the development seems to be another example of what he calls “Trump Law.”

“There are different legal situations that seem to apply to Trump that would never apply to a previous politician,” Levey told The Daily Signal.

“Politicians all the time would tell a mayor, ‘I can get that bridge for you, but the next time you give a speech, thank me for it.’ That would have never been interpreted as anything of value except [under] a broad, novel legal theory,” he said.

“Impeachment is a political process and so it can be based on a broad, novel legal theory—if any legal theory,” he said.