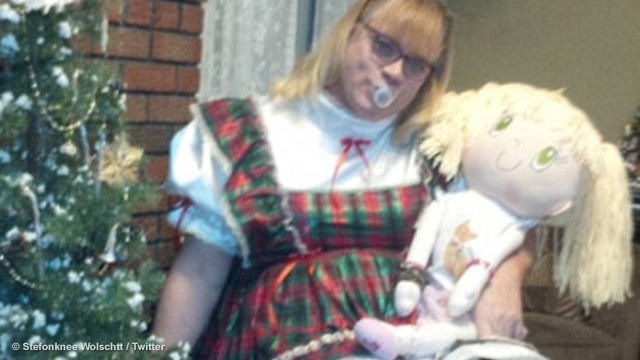 (Natural News) A presumably large sum of money was recently spent on conducting a full-scale study to determine whether or not the average normal person is interested in dating a transgender. And the results are about as enlightening as learning that the sky is blue.

Published in the Journal of Social and Personal Relationships, the paper reveals that the vast majority of society has absolutely no interest in being intimately involved with people who erroneously believe that they’re something other than what their biological body parts dictate – a matter-of-fact finding that apparently “surprised” the LGBT mafia, which was quick to declare it as more “proof” of so-called “transphobia.”

Researchers asked 951 normal people and seven transgenders to identify their dating preferences using various postmodern lingo spanning the gender spectrum. Without getting into too many pointless details, they basically learned from this line of questioning that almost everybody wants to date someone of the biological sex to which they’re attracted – even transgenders.

Among those who identified as straight, a statistically insignificant number – 1.8 percent of females and 3.3 percent of males – stated that they would agree to date a trans person. But nearly all of these individuals specified that they still preferred to be with the actual biological sex to which they’re normally attracted – in other words, almost nobody wants to date a trans.

This was very upsetting to the writers at Them.us, a pro-LGBT blog that was quick to chastise normal people for not wanted to spend their lives with mentally-ill, gender-dysphoric significant others who, on top of being certifiably crazy, tend to be militant as they demand that everyone accept them for “who they are.”

The findings, Them.us declared, “are undoubtedly due in part to cisnormativity, cissexism, and transphobia – all of which lead to lack of knowledge about transgender people and their bodies, discomfort with these unknowns, and fear of being discriminated against by proxy of one’s romantic partner.”

Pro-trans LGBT militants are in dire need of institutionalization

This is quite the mouthful. But suffice all of this gibberish to say that if you don’t feel like spending your life with a mentally-ill person who’s mutilated his, her, zer, or whatever’s body parts to try to become the opposite sex, or someone who’s in the process of doing so, then you’re a bigot, a sexist, and a discriminatory meanie who deserves to be deprived of your personhood and dignity, according to the cult of LGBT.

Anything short of total acceptance, approval, promotion, and now adoption of the always-expanding and ever-evolving LGBT agenda is considered to be “intolerant” and “hateful.” In other words, if you’re personally disgusted by the thought of dating a transgender, which almost everyone is, then you’re the problem, according to LGBT dogma.

Truth be told, it’s actually the deranged LGBTers that are now trying to force normal folks to get busy with their own kind that are the intolerant and hateful ones. It’s not too far-fetched to imagine that, someday, the cult of LGBT might try to mandate that people date transgenders in order to manifest their vision of “equality” and “acceptance.”

“It makes perfect sense that folks would overwhelmingly wish to date people belonging to the sex they wish to date,” writes Amanda Prestigiacomo for The Daily Wire, stating the obvious.

“Further, the general aversion to dating trans folks doesn’t necessarily reveal ‘transphobia,’ but affirms the reality that sex and gender cannot be totally separated. It’s natural for a person attracted to men, for example, to wish to date a biological male who also identifies as a male. Again, this should not be chalked up to a fear of trans people.”

For more news on leftist insanity, check out IdentityPolitics.news.