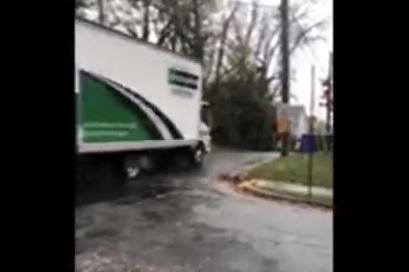 (Natural News) Remember on election night when poll workers in Detroit put cardboard over the windows of the counting room at the TCF Center to keep GOP observers from seeing what was going on inside? We now know, thanks to newly leaked video footage, that one of the reasons for this was that mystery vans arrived there under the cover of darkness to deliver tens of thousands of illegal ballots.

At least three election observers testified in sworn affidavits that they saw vehicles delivering fraudulent ballots to the TCF Center during the early-morning hours of Nov. 4. Upon going back to review the security footage, it was verified that mystery vehicles did, in fact, deliver ballots during the middle of the night.

One of the witnesses was none other than Shane Trejo of Big League Politics, who at 3:30 am witnessed a “Biden Ballot Drop” that ultimately propelled Chairman Xiden into the lead. According to Trejo, “there were thousands of ballots in each box.”

“There were at least 50 boxes that I saw unloaded at 3:30 am, well after the 8:00 pm deadline for ballots to show up,” Trejo testified.

This 3:30 am drop of illegal ballots arrived after a previous drop that occurred at 10:30 pm, which was also past the deadline. This drop included a whopping 138,000 illegal ballots.

Trejo later testified that he noticed the city of Detroit Clerk’s Office and emblem emblazoned on the side of the white van that showed up with the illegal ballots. City Clerk Janice Winfrey’s name was on the van, along with a phone number, presumably for Winfrey’s office.

According to Trejo, the ballots could not be processed right when they arrived, so they had to be counted later after a new shift of poll workers had come in for the day, possibly unaware of what was happening.

Immediately after these illegal ballots were counted, China Joe took the lead from President Donald Trump, who before the illegal ballot drops was winning the state of Michigan.

The timing of all this is critical, Trejo says, because the first Biden Ballot Drop occurred right at the end of a ballot counting shift as it was transitioning to the next. This allowed the fraudulent ballots to remain uncounted until a new crop of ballot counters arrived to take over, not knowing from where those ballots came.

When Trejo repeatedly tried to ask site supervisors about the mystery truck, he says he was stonewalled.

Another witness to the sham was Michigan State Sen. Pat Colbeck, who likewise witnessed the 3:30 am illegal Biden Ballot Drop.

“I went back there and I witnessed a mini-panel truck, if you will, with Detroit Election Bureau regalia all over the side and a vehicle ID number on it,” Colbeck told The Gateway Pundit (TGP).

“And inside of it, and this gets into some chain of custody discussions, there was no indication that there was a Republican and a Democrat (present) during the transfer. We don’t know if they stopped by a side street in Coney Island and picked up a few more ballots during transfer. We have no way of verifying any of that information.”

As to be expected, neither Michigan authorities nor the mainstream media is at all interested in these developments. According to them, Biden is the rightful “winner” of the election because “democracy.”

Another thing worth pointing out is that when TGP tried to access the incriminating footage from the TCF Center, they were quoted a cost of $22,000 for one day’s worth of video footage. In other words, the TCF Center did not want to help out without first getting a payout.

More related news about the fraudulent 2020 election can be found at Trump.news.