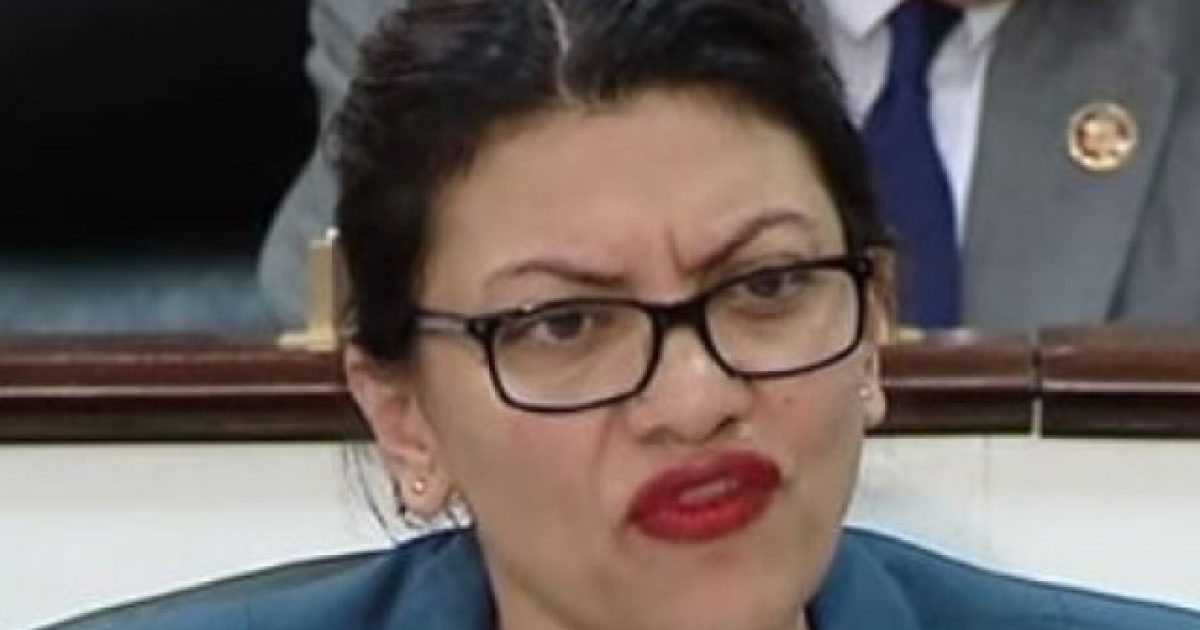 Democrats and their sheeple continuously pull the race card and frankly- it’s getting old. It’s basically lost all credibility.

You argue with a lib and it ends with “YOU’RE A RACIST!”

Tlaib, during a recent tour of a Detroit Police facility went on a fullblown tyrade when she accused everyone who isn’t black of being a racist.

The National Sentinal has more:

If a white person had said this, you just know what kind of an outcry we would have to endure from the garbage journalist pretenders in the Washington media.

But this hag gets a free pass — time and time again — for being an out-and-out blatant racist because she has D behind her name and because she hates Jews (like most Democrats do).

We understand that the Garbage Party doesn’t think there is a thing wrong with crap like this. They think all Americans see things the way this lunatic does.

They’re wrong — and even the black Detroit Police official giving this maiac the in-service refuses to go along with her suggestion that ‘e’ryone thinks you people all looks alike.’ (Good for him, btw)

As for facial recognition tech, even the Left-wing ACLU wants it banned because it’s inaccurate as hell. And yes, the technology does have difficulty distinguishing “people of color,” but that’s the technology’s shortcomings, not “racism.” Having blacks staff facial recognition centers isn’t going to change or ‘fix’ that, and this pandering dirtbag ought to know that.

Tlaib even slammed her fellow Congress members by claiming that happens ‘all the time’ on the House floor with black lawmakers. What a bunch of garbage.

Tlaib is a proven anti-Semite who once actually said the Holocaust gives her “a calm feeling.” Now she just outed herself as a full-on racist.

Hey, you folks in Michigan who sent this piece of garbage to Congress, you can and should do better.