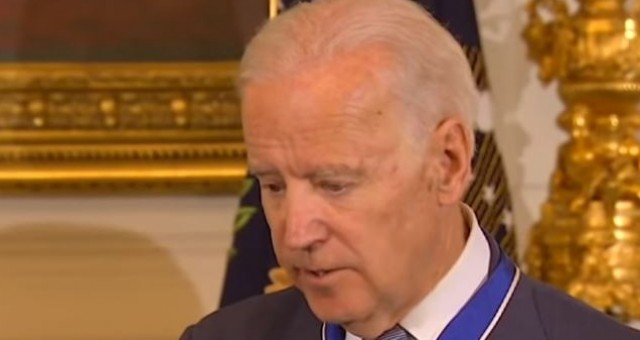 Now, more than a month after his former staffer Tara Reade publicly accused him of sexual assault in a podcast on March 25, Biden himself remains silent — and even though he has conducted numerous interviews, no one in the media has asked Biden about the matter, either.

But as each day goes by, more witnesses are coming out to confirm Reade’s accusation.

For example, Business Insider reports that two more sources have come forward to corroborate certain details about Reade’s claims. One of them — a former neighbor of Reade’s — has told Insider for the first time, on the record, that Reade disclosed details about the alleged assault to her in the mid-1990s.

“This happened, and I know it did because I remember talking about it,” Lynda LaCasse, who lived next door to Reade in the mid-’90s, told Insider.

The other source, Lorraine Sanchez, who worked with Reade in the office of a California state senator in the mid-’90s, told Insider that she recalls Reade complaining at the time that her former boss in Washington, DC, had sexually harassed her, and that she had been fired after raising concerns.

In interviews with Insider, The New York Times, The Washington Post, and the politics podcaster Katie Halper — who broke the story of the assault allegations — Reade has said that in the spring or summer of 1993, she was told to meet Biden in a semiprivate corridor to deliver a duffel bag. There, she said, Biden pushed her up against a wall, reached under her skirt, and penetrated her with his fingers. When she resisted his advances, Reade said, Biden expressed annoyance and said, “Aw man, I heard you liked me.” Then, she said, he pointed a finger at her and said, “You’re nothing to me.” After that, she said, he shook her by the shoulders and said, “You’re OK, you’re fine,” before walking away.

Social norms are changing. I understand that, and I’ve heard what these women are saying. Politics to me has always been about making connections, but I will be more mindful about respecting personal space in the future. That’s my responsibility and I will meet it. pic.twitter.com/Ya2mf5ODts

Joe Biden in January 2018: "Women should be believed" #MeToo pic.twitter.com/9OP8xVdFbg

Biden has an opportunity to address the allegations soon. On Monday, Biden’s campaign announced he will host a “virtual women’s town hall” on Tuesday — prompting The Daily Caller’s Greg Price to retort, “It’s safer for the women that way.”

California Sen. Kamala Harris, a onetime rival of Biden’s for the Democratic presidential nomination, has promoted the event on Twitter — even though last year, she went on the record saying she believed Biden’s accusers.

Oh, and Nancy Pelosi has endorsed Biden even though he is most likely a sexual predator.