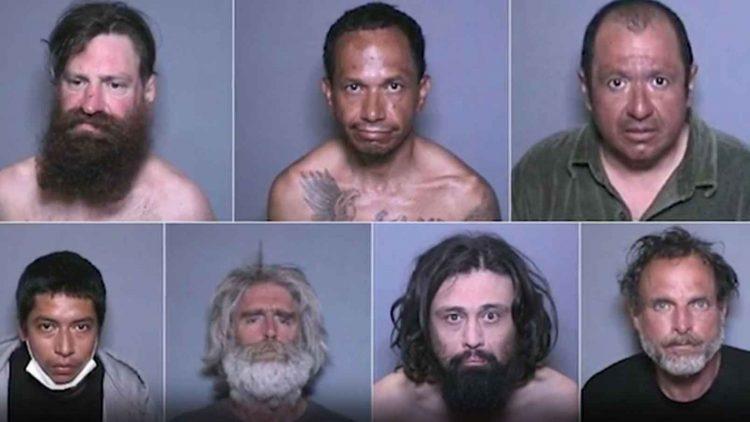 New York City released over 2,650 criminals from prison to protect them from the pandemic. But they didn’t stay home or wash their hands. They went back to their old jobs and 100 of them accounted for 190 arrests for crimes like burglary and robbery. A rapist was released and he went back to raping.

One of the freed criminals was responsible for 18 burglaries at closed eateries. And when he was arrested, the end of bail meant that he was set loose. This looting was going on long before the riots.

Now, as the rioters and looters rule the streets of Manhattan, when the police manage to arrest them, they have to quickly let them go.

“When it comes to a burglary, a commercial store, which is looting, they’re back out,” Chief Terrence Monahan said. “Because of bail reform, you’re back out on the street the next day. You cannot be held on any sort of bail.”

Of the 650 thugs arrested, almost all will be released back on the street to riot and loot again.

What impact did the hundreds of released criminals have on kickstarting the riots?

It’s no coincidence that some of the areas hardest hit by the rioting and the looting had also opened up their prisons to protect inmates from contracting the coronavirus. Despite apocalyptic predictions from policymakers and the media, there were no mass deaths in prisons or ICE detention facilities. But the critical mass of criminals out on the street left police in major cities hopelessly outnumbered.

That was all part of the plan.

While not all the criminals returned to their trade, even those who wanted to go straight had few jobs waiting for them in locked down cities and states that were already suffering from massive unemployment and where the businesses that might have employed them had been shut down.

Not all of the released criminals returned to crime, but the riots provided the perfect opportunity.

Even before the pandemic, state and federal pro-crime legislation pushed by lefties and libertarians had dramatically cut the numbers of criminals being safely held behind bars. New York City’s prison population had dropped from over 25,000 in 2016 to just under 20,000 in 2019. The end of bail meant that criminals never even bothering showing up for trial. And Mayor Bill de Blasio tried to bribe them to come to court with free movie tickets and gift cards. Even before the riots, there had been violent mob attacks on NYPD officers. The attacks have just reached a critical mass in the Black Lives Matter riots.

Anyone who was closely reading the crime numbers could have predicted the mass looting outbreak.

With massive numbers of criminals on the loose, major crimes rose 12%. Car thefts shot up 65%, robberies went up by 25%, and burglaries rose by 22%.

Burglaries of businesses in New York City had shot up 75% by April.

This was slow-motion looting. If you understand that then what happened in Manhattan with organized gangs targeting stores, smashing and grabbing their way through countless businesses, falls into place. The mass looting was not a shocking new development, it was just the existing criminals going public.

The Black Lives Matter riots provided cover for Antifa violence and for organized criminal gangs and individual opportunistic looters, many of whom had been released because of leftist activism.

In 2006, California had over 165,000 criminals safely locked away. By 2017, the state was down to 115,000 criminals, in part due to an unconstitutional Supreme Court decision ordering the state to release tens of thousands of criminals into the street. Statewide crime rates slowly began ticking up.

Crime rates jumped in 2012, after the Supreme Court’s unconstitutional ruling, and in 2015, after George Soros’ Proposition 47: Safe Neighborhoods and Schools Act. The name meant the exact opposite of what it actually did, effectively legalizing retail theft. The more discreet version of looting.

After each mass jailbreak, crime went up.

Violent crimes shot up from 151,425 before Proposition 47, to 178,553 in 2017. Property crime rates were where the real action was, not only rising, but defying nationwide downward trends.

While the rioters cry for more pro-crime measures, demanding the defunding of the police, less prosecution, and more criminals freed from prison, that’s exactly what caused the riots.

New York and California aren’t being devastated because of mass public outrage, but because they freed the criminals who are tearing New York City and Los Angeles apart. And they want the rest of the country to follow them down the same rabbit hole until there isn’t a single safe place left in America.

The mass riots and looting are the direct result of freeing thousands of criminals while crippling law enforcement and the justice system. Past upticks in crime rates had been hidden with statistical games and by tainting the system from the bottom up, by defining crime reporting down at the precinct level, to the top, refusing to bring charges against criminals or pleading them down to next to nothing.

Even as people felt less safe, the media and the authorities kept telling them that crime was falling.

The riots tore apart that lie. No one feels safe after watching mobs ransack neighborhoods and assault police. But the media and the authorities have replaced that lie with another lie, falsely portraying the riots as a mass uprising against racism, when they’re really a plot by a small group of radicals and racists, while freed career criminals are doing much of the work of actually wrecking the cities.

Black Lives Matter and Antifa have touched off the riots and looting to overwhelm police forces. And it’s working. Demoralized cops are given a bad choice between arresting motivated rioters or chasing down looters, while knowing that everyone they arrest will out by the next day so that it really doesn’t matter.

The riot endgame will move the war to the next stage with more mass releases of criminals, more crippled police forces, and even less prosecutions. And the next wave of riots will be even worse. There will be another viral video, more manufactured outrage, and even more devastating riots. Each set of riots will include demands that if met will lead to worse riots in the next stage of the conflict.

This is the same old playbook that the Left has used effectively for well over a century.

The myth of law enforcement racism is being used to dismantle police forces and open up the prisons. The released criminals become witting or unwitting shock troops for violent confrontations that tear apart society and build up the political power of the radicals who can turn the violence on or off.

There is only one way forward. Conservatives must work to reverse the pro-crime policies of leftists and libertarians. As the nation experiences curfews and people huddle in their homes, there is no way to escape the truth that if we don’t lock up the criminals rampaging in the street, we will be the ones in jail.

Right now, Black Lives Matter and Antifa, and more importantly, their backers from the Democrat Party to the media to academia, are holding a gun to the head of the United States of America. But the worst part of it is that we gave them the gun and put the bullets in it when we began freeing criminals.

Law and order is the only way to take the gun away. Locking up the criminals disarms the Left.