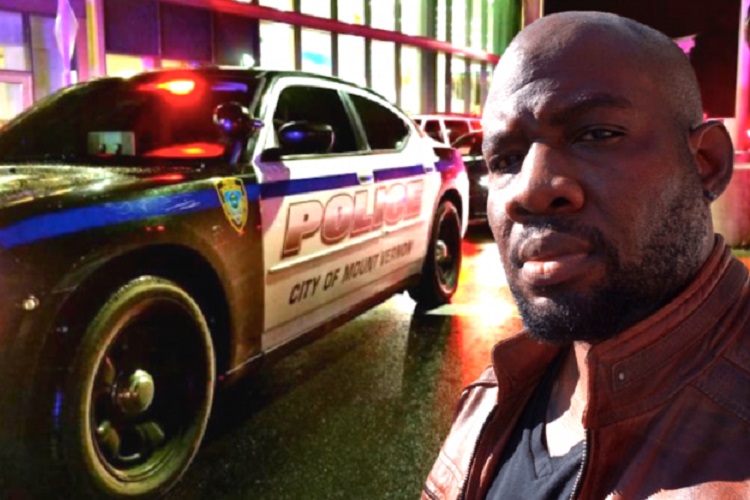 Hours of secret recordings have blown the lid off of widespread corruption and brutality within the ranks of a New York police agency, exposing crimes ranging from the framing and beating of residents to officers collaborating with drug dealers, among other shocking acts of severe misconduct.

Gothamist/WNYC revealed Wednesday that it has obtained the recordings that expose a culture of impunity and lawlessness within law enforcement ranks in Mount Vernon, a troubled majority-Black city in Westchester that lies just north of the New York City borough of the Bronx.

The Mount Vernon tapes cover a period from 2017 to 2020, and were recorded by 12-year veteran of the department Murashea Bovell, who has been blowing the whistle on corrupt fellow officers for years.

“I need to have something tangible … Something to prove that what I was saying is true, and wouldn’t fall on deaf ears if the time came.”

The @WestchesterDA got these tapes last year but kept prosecuting people⁠—without disclosing the evidence. Here it is:https://t.co/dfr6Q6mMBA

In one secretly recorded conversation, Mount Vernon police officer John Campo accused colleague Camilo Antonini of collaborating with an undercover officer from “the county police” to frame innocent civilians while giving preferential treatment to known drug dealers within the city.

“So they’re going to indict people on whatever fucking fake charges or whatever the fuck it is that don’t deserve to be indicted, because they weren’t even the right person he bought from, and ‘Nini forced him to sign it,” Campo said, in reference to Antonini

According to confidential police documents, Antonini and his fellow narcotics officers have faced accusations by Mount Vernon residents of brutality and corruption – but ultimately, police higher-ups dismissed the allegations.

In another conversation, Campo complained to Bovell that he was facing likely disciplinary measures after testing positive for marijuana use while colleagues in the narcotics unit had gotten away with much worse offenses.

Campo also accused officers of planting drugs on arrestees, violating residents’ rights by illegally entering their homes, and fabricating search warrants to get around legal obstacles in their cases. Campo alleges that when he expressed concerns to two different commissioners, he was referred to the FBI. Campo ultimately declined cooperation because he did not want to take a polygraph test or wear a wire.

It is worth noting that before this came out, the Black whistleblower cop who captured this audio tried speaking out himself for years. He tried reporting corruption officially. When he saw nothing change, he came to us. He's still on the force with the colleagues he accused. https://t.co/c4yGsu59ip

In another recording, officer Avion Lee, detailed an incident where she and other officers were patrolling the city when they attempted to approach a young man who was running. Officers gave chase and when Lee finally caught up to the man, he was already badly beaten by her colleagues. When they took him to jail, the officers concocted a story that he was seen participating in a drug transaction, thus absolving them of any brutality charges, Lee alleges. Prosecutors dropped the case against the man the following day.

The police department in New York’s 8th largest city has been embroiled in controversy over the years, and has gone through no less than five different police commissioners since 2015 – including one commissioner who was arrested on his very first on the job last year amid claims that he was illegally appointed to the position.

5/ The recordings were made by Murashea Bovell, an active duty cop in Mount Vernon. We broke news about alleged retaliation he faced last year for speaking out publicly against police corruption:https://t.co/2qYkh75Rdk

In 2015, Bovell filed a lawsuit that was dismissed on procedural grounds before he sued the city again last year alleging that he was facing retaliation within the ranks of the Mount Vernon Police Department. The whistleblower explained:

“I’ve taken the proper steps, protocols, to let city leaders, police department leaders know what was happening … Nothing happened. Even brought it to the District Attorney, so now, [the] only option left is to let the public know.”

Bovell hopes that by shedding light on the rot within his department, some real changes can happen. He said:

“This is happening for real. It’s happening right here in the community … And nothing is being done about it.”