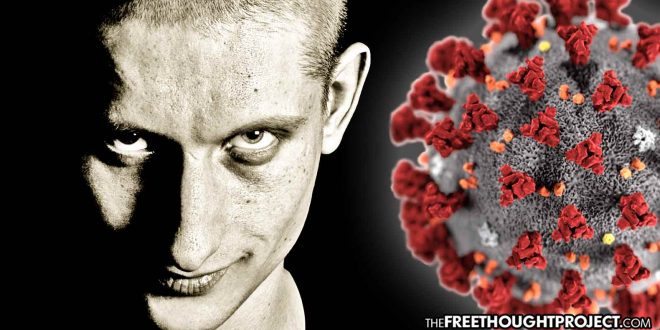 Greece, NY — Over the past two weeks, non-violent inmates have been released from prisons across the country in an attempt to prevent massive outbreaks behind bars. Some law enforcement officials have raised concerns over releasing people in jail for marijuana possession, but they’ve largely been ignored thanks to common sense. However, law enforcement sources in New York are now justified in their concerns as child rapists have been released.

The number of guards and inmates testing positive for COVID-19 continues to rise across the country. As we reported earlier this month, it was only a matter of time before someone who is not exhibiting symptoms brings it into one of the many prisons across the country. As the multiple cruise ship outbreaks illustrate, once the virus enters a closed space, it explodes and not just on the cruise ship.

The LA Times reported on how this happened in China and and Italy and caused a massive reverberation throughout the two countries.

In China, a decline in new infections was quickly (although briefly) reversed because of rapid outbreaks in two prisons. In Italy, an atmosphere of fear and anxiety among prison inmates over the virus, together with an emergency ban on visitors, sparked deadly riots, escapes and a complete breakdown of authority.

Having watched this horror unfold, Iranians decided to release tens of thousands of prisoners as a precautionary measure. The United States is now following suit.

Across the country, cities who have been paying attention and know the risk have been moving to set prisoners free. In LA county, inmates with 30 days or less on their sentences are being set free. Sheriff Alex Villanueva stated that the department will also limit arrests to only dangerous suspects, decreasing the re-entry level. Also, anyone with a bail of $50,000 or less is being let out.

In New York, Brooklyn District Attorney Eric Gonzalez said low-level offenses that don’t jeopardize public safety will not be prosecuted at all during the coronavirus outbreak. Authorities are also moving to release certain demographics from the prisons as well.

In Greece, New York, however, officials just announced that they will be releasing child rapists, raising concerns among many.

Multiple sex offenders have been released from the Monroe County Jail as part of a statewide order coming from The Department of Corrections and Community Services– or DOCCS.

The department said in their statement to WROC, “This significant action is being taken in response to a growing number of COVID-19 cases in local jails over the past few days and weeks. Our top priority remains the public health and safety of New Yorkers during this global public health emergency and this measure will further protect a vulnerable population from contracting and transmitting this infectious disease.”

But will releasing level 3 sex offenders who have been convicted of violently raping children and are categorized as most likely to re-offend, actually protect the health and safety of New Yorkers? The local cops don’t think so.

The inmates were moved to the Holiday Inn Express after the DOCCS was ordered to release low-level technical parole violators. But as stated above, these are not ‘low level’ offenders.

“So you have a violent criminal who’s done time in state prison who’s been given the chance of parole, and not followed the conditions of their parole. That’s who you’re talking about right now,” Phelan said.

“We weren’t told by anyone,” Phelan said. “I think good practice would be if you’re going to release convicted felons. Some of them very violent some of those level 3 sex offenders, You might want to give law enforcement the heads up.”

While TFTP originally applauded the release of low-level drug offenders and those who were rotting in cages for victimless crimes, the idea of releasing violent child rapists shocks the conscience. What’s more, we’d be willing to bet that there are still a lot of people in jail whose crimes have no victim, yet child rapists are being set free.

If ever you feel that the state has your interests in mind when they provide their mandatory “protection” through this system of law enforcement, consider this scenario which completely negates that idea. When a system lets child rapists go free while locking someone in a cage for selling a plant—that system does not have your interests in mind. Sadly, however, it happens all the time.