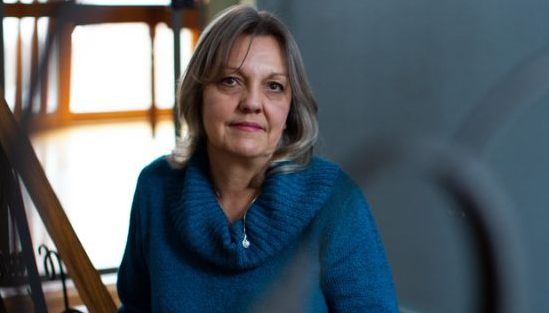 A story like this is near and dear to my heart. Half of my wife and my ten children were born in a hospital and the other half at home with the help of a midwife. In all of the instances of the home births with the midwife they were less expensive, less intrusive, better for mom and baby, and brought the family closer together with a faster recovery for mom. So, what happens in New York to a midwife that successfully helped deliver babies? She is now charged with 95 felonies.

That’s right, in the Communist state of New York led by Governor Andrew Cuomo, Mennonite midwife Elizabeth Catlin is being charged with 95 felonies for providing birthing services to those who share her religious convictions.

“These women need resources, they need help,” Melissa Carman told Yahoo News. Ms. Carman is the President of NY CPM, a non-profit that works to change New York laws to more readily allow the certification of midwives in the state.

It was just a few nights before Christmas, in 2018, when Elizabeth Catlin — a trained midwife who had attended the births of several hundred local Mennonite babies over the years — was arrested at her Penn Yan, N.Y. home and handcuffed in front of her 8-year-old daughter for practicing midwifery without a state license.

After waiting an excruciating year, Catlin, whose midwifery certification is recognized in 34 states but not New York, was finally indicted on Dec. 17, 2019. The district attorney handed down a surprisingly multitudinous 95 felony counts. But it was one count, the most serious, that most blindsided Catlin: that of criminally negligent homicide, tied to the death of an infant.

“That’s the most devastating,” she says.

On Tuesday morning, facing those charges during an arraignment in Yates County Court and greeted by a crowd of her supporters, Catlin entered a blanket not-guilty plea, setting into motion what’s sure to be a complex and closely watched jury trial — and continuing an episodic narrative that’s not only upended the lives of Catlin and her family, which includes 14 children and 20 grandchildren, but of the hundreds of Mennonites who relied upon the beloved birth attendant in what midwifery advocates call the “maternity-care desert” of rural upstate New York.

According to Carman, due to the state’s actions, “the heart of midwifery — the compassionate care that was given, the relationships built and the trust in a provider — is gone.”

Catlin has now obtained an attorney by the name of David Morabito. Though he is used to defending people charged as “serial killers and hitmen,” he says he is ready for trial.

“I feel in a good position to vigorously defend her rights,” he told Yahoo News.

What is the possible outcome if Catlin is convicted?

A whopping 473 years in prison and would amount to being the “most charges ever in the history of midwifery in the United States,” according to Carman.

“What they’re trying to do, I guess, is make some kind of crazy example of this person — for what, I’m not exactly sure,” said Vicki Hedley, president of the Midwives Alliance of North America (MANA).

“The fact that she is being indicted for negligent homicide is way over the top, since the baby died six hours after being in her care,” she added.

“Criminalizing women for helping other women have babies tells us all that women still are not free to make our own health care decisions — even about something so extremely personal,” said Cristen Pascucci, founder of the organization Birth Monopoly.

Honestly, haven’t midwives been helping women deliver babies since the beginning of time? Why, yes they have. Why is that a crime? Because the state didn’t get a cut? That’s hardly a crime, that’s more like organized crime and thuggery on behalf of the state.

Still, “Yates County District Attorney Todd Casella contends they are merely a “representative sample of what we had evidence of,” telling Yahoo Lifestyle, “There could’ve been over a thousand,” and noting that the charges result from a coordinated investigation by the New York State Police, New York Education Department and the District Attorney’s Office.”

Seriously, over 1,000 charges? These people are an embarrassment.

Catlin has had to shut her practice and sell her home due to the weight of government prosecution against her via the charges.

Mounting legal bills have caused her to start a GoFundMe page to help cover those bills.

“I’ve been blessed with piles of cards and letters with donations,” Caitlin said.

“It has been a hard and very upsetting year,” said Brenda Zimmerman, a Mennonite woman who used Caitlin’s birthing services for her two children. “Some have accepted the change, some are like me, saying, ‘This is not fair.’ Liz didn’t call me to ask her if she could deliver my babies, I called her. We feel just as at fault.”

“The prosecution of Liz’s case is just an outrageous overreach — 95 charges. I don’t think Jack the Ripper faced that many charges. It’s really insane,” Mennonite elder Ivan Martin said. “The question goes back to, who’s behind all this? It’s being driven with such a vengeance … [I challenge you to] find any Mennonite lady who says she was a victim.”

What I love is that the GoFundMe Page is throwing the pro-choice to murder your baby ideology back in the face of those promoting baby murder.

Following her arrest, Elizabeth complied with the demands of authorities to cease any and all work that may be considered or related to midwifery. Her “horse and buggy” Mennonite friends had nowhere to turn to continue their cultural tradition of home birthing. These women were left with almost no options and several unattended births took place.

Authorities have dragged out the charges and depleted Elizabeth’s savings. They have harassed and stalked her. More than a year later, on December 17, 2019, Elizabeth was indicted on 95 felony charges. She will be due in court as soon as she can secure appropriate financing for her legal representation. Her options for funding are slim and she is contemplating selling her family’s home.

WE NEED YOUR SUPPORT! Help us fight the broken system. “My body, My choice” only seems to go one way in New York State.

WE NEED TO SUPPORT a woman’s right to choose where she births her child and who attends her. We need to stop politicians from having control over decisions that should be made among family.

Don’t let this wonderful, caring mother fall victim to the corrupt system. She should not have to sell the home where her children were born and raised.

Indeed! The utter hypocrisy of New York to advance abortion and then criminalize a woman who simply aided the mothers in her community giving birth is an outrage.

If you do not wish to donate online, checks and money orders may be mailed to:

Tim Brown is an author and Editor at FreedomOutpost.com, SonsOfLibertyMedia.com, GunsInTheNews.com and TheWashingtonStandard.com. He is husband to his “more precious than rubies” wife, father of 10 “mighty arrows“, jack of all trades, Christian and lover of liberty. He resides in the U.S. occupied Great State of South Carolina. . Follow Tim on Twitter. Also check him out on Gab, Minds, MeWe, Spreely, Mumbl It and Steemit
(Visited 1 times, 1 visits today)
Share
Tweet
Share
Pin