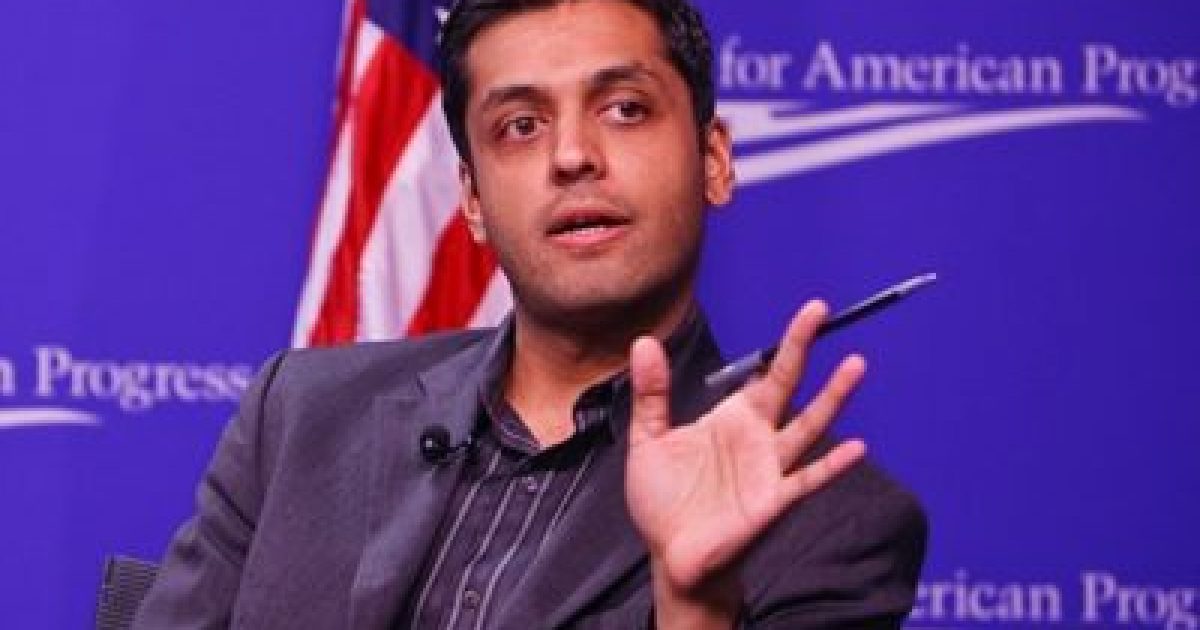 Three days before Christmas, the New York Times ran a piece by the sinister propagandist Wajahat Ali, entitled “What a Muslim Could Teach Trump Supporters About Jesus.” What he could teach them, in short, is that Jesus was an open-borders globalist Socialist, and if they aren’t, either, then they just aren’t good Christians.

This is not to compare Trump either to the Saudi Crown Prince or the Iranian Supreme Leader, although many Leftists are so deranged regarding Trump that they would endorse such comparisons with relish. The point I’m making, on the other hand, is that the New York Times editors would rather have their teeth pulled out with rusty pliers than ever to publish an article by a Christian telling Muslims what they should think about anything, but they don’t hesitate to publish this self-righteous and disingenuous propaganda by Wajahat Ali lecturing Christians and trying to shame them out from supporting Trump.

Though he tries to maintain a respectful tone, Ali can’t help but show his contempt for Christianity and Christians: ever the victim, he was “often the token Muslim” at “Bellarmine, an all-boys Catholic school in San Jose, Calif.,” where he “began freshman year thinking the Eucharist sounded like the name of a comic book villain,” only to find that “it’s a ritual commemorating the Last Supper. At the monthly Masses that were part of the curriculum, that meant grape juice and stale wafers were offered to pimpled, dorky teenagers as the blood and body of Christ.”

He adds that while at Bellarmine, he “also read the King James Bible and stories about Jesus, learned about Christian morality, debated the Trinity with Jesuit priests and received an A every semester in religious studies class.” Of course: those Leftist Jesuits would have considered themselves “Islamophobic” if they had given him anything less than an A.

Ali doesn’t know as much about Christianity as he wants you to think he does. His claim to have read the King James Bible while at Bellarmine, suggests that his memory here has been aided by some Internet searches for what the most common translation of the Bible is. Maybe he read it on his own, but apparently graduated from high school in or around 1998. Few, if any, Catholic schools ever used the King James Bible, which was a Protestant translation first published in 1611 and rejected by the Catholic Church. Because of its archaic language, it was widely discarded in the mid-twentieth century. The idea that a Catholic school was using it in the 1990s is ludicrous. If he read the Bible at school, Ali almost certainly read the translation known as the New American Bible, and if he read the King James Version on his own, it’s unlikely he understood much of it, unless he had mastered Shakespearean English by the time he attended high school.

Even less plausibly is Ali’s witheringly contemptuous “recollection” that “at the monthly Masses that were part of the curriculum, that meant grape juice and stale wafers were offered to pimpled, dorky teenagers as the blood and body of Christ.” No Catholic school in the 1990s anywhere would have used grape juice for communion. No Catholics use grape juice for communion, as it is considered that if wine isn’t used, the sacrament is not valid. Ali’s attempts to provide atmospheric verisimilitude to buttress his arrogant lecturing of Christians slips on the comic banana peel of his ignorance.

More importantly, Ali in this article continuously confuses socialism and state control with Christian charity, as if having the government confiscate citizens’ wealth and redistribute it to those it sees fit is the only way Christians can love their neighbor today. He also tells his Times-reading marks that Jesus would want open borders, with no apparent regard for the Christian obligation to love one’s neighbor at home — is inundating a country with migrants who will raise the crime rate and saturate the welfare rolls really charitable to those who must suffer as a result of this inundation?

The arrogance of it all is what is overriding. Bringing in a cynical and deceptive Muslim who endeavors to shame Christians by claiming they’re bad Christians for rejecting a globalist, socialist agenda — that epitomizes the New York Times today.