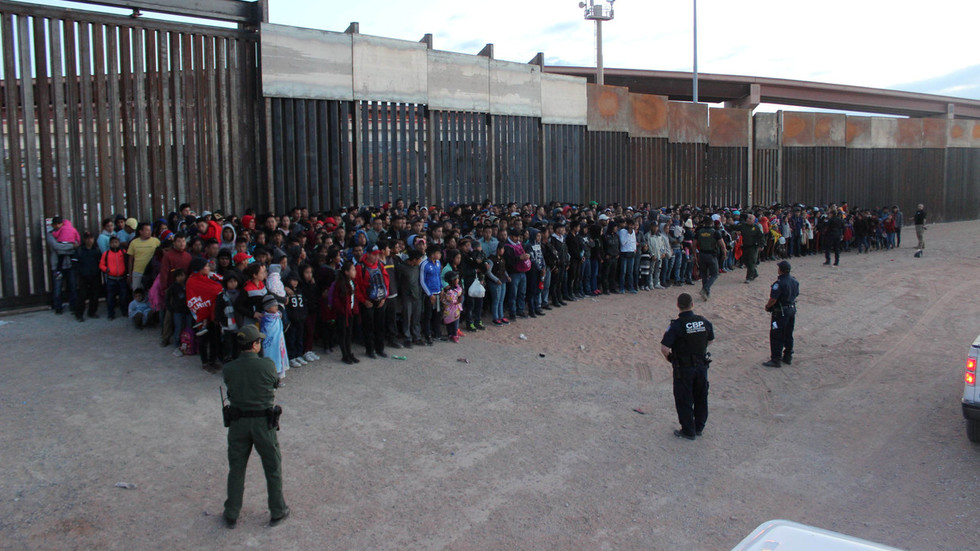 The nation’s paper of record has called for the unmasking and public humiliation of the individuals responsible for enforcing the US’ border laws. Fury has ensued from the right.
Amid the ongoing debate over the Trump administration’s detention of illegal immigrant children at the US border, the loaded phrase “concentration camps” has been thrown around quite a lot recently. Reports of inhumane conditions within these detention facilities – including overcrowding, unsanitary toilet facilities, shortage of hygiene supplies, and rotten food – have only served to inflame the left’s anger at these facilities.

The New York Times on Saturday ran an opinion piece calling for extrajudicial punishment for the men and women who staff America’s immigration agencies.

In it, human rights professor Kate Cronin-Furman calls for the identity of every single (over 45,000) Customs and Border Protection employee to be made public, presumably so they can be ostracized and have their fates left up to some seething mob.

“This is not an argument for doxxing,” Cronin-Furman explained. “It’s about exposure of their participation in atrocities.”

Except it is doxxing, and doxxing is – in this case at least – illegal. Under 18 USC, section 119, knowingly making available the personal information of a federal employee is a crime punishable by up to five years imprisonment.

Cronin-Furman also suggested that the public boycott any company working with the US’ immigration agencies, and that the American Bar Association should blacklist lawyers representing the government in immigration cases. Comparing the situation at the Mexican border to the mass detentions and murders in Cambodia, Sri Lanka and the Democratic Republic of the Congo, the professor concluded: “The fastest way to stop it is to make sure everyone who is responsible faces consequences.”

Today The Washington Post has an oped defending banishing Republicans who have the audacity to eat at restaurants and The New York Times has an oped calling for doxxing members of Border Patrol so that's how the whole civility thing is going.

The right responded with outrage. The “chief organ of gentry liberalism calls for doxxing (and exposing to danger) working-class men and women who help secure the border,” the New York Post’s Sohrab Ahmari summed up the story.

Doxxing is a violent act. Someone at the New York Times should be brought up on charges for printing pro-doxxing threats.

Doxxing has been used as a political weapon against Republicans and the Trump administration before. A Democrat House staffer was arrested last October for revealing the personal information of three Republican senators during the contentious confirmation process of Supreme Court Justice Brett Kavanaugh. Months earlier, ‘Antifa’ activists dug up and disseminated the information of some 1,000 Immigration and Customs Enforcement (ICE) employees, as outrage over the Trump administration’s immigration policies first peaked.