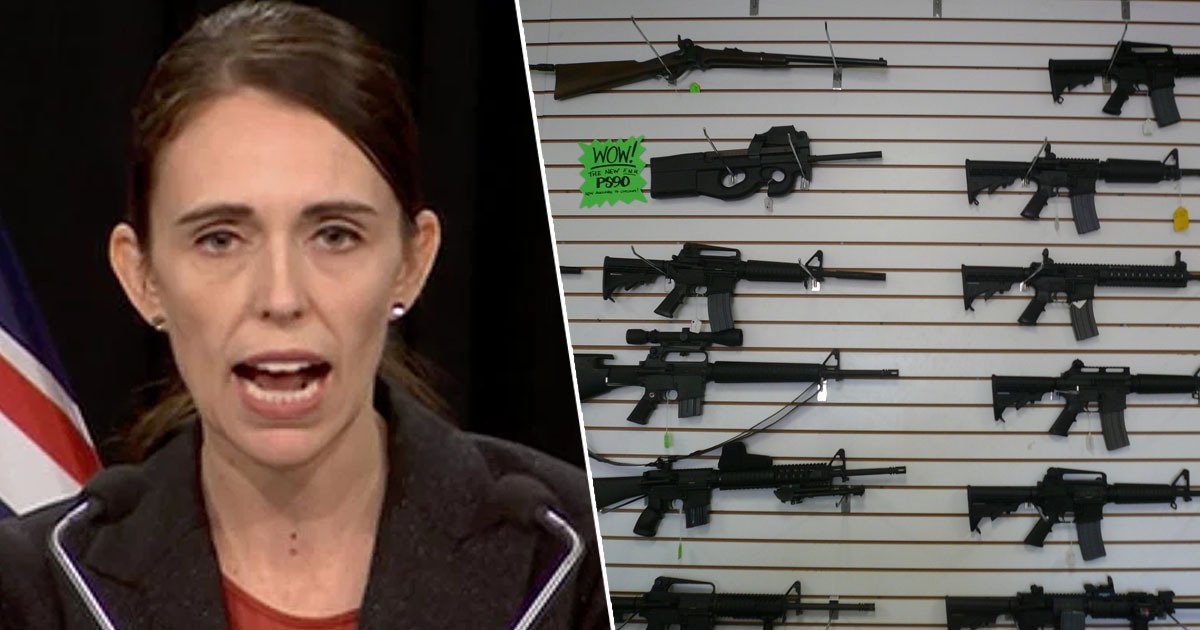 Earlier on Friday, it was reported that New Zealand, on top of trying to criminalize possession of a video, banned “assault rifle,” whatever that is nowadays. Immediately, reports began to come out that the people of New Zealand were surrendering their firearms voluntarily, but that actual number of guns turned in was pretty insignificant.

John Hart, who has been a sheep and beef farmer for 15 years, said he took his semi-automatic weapon into Masterton police station on Monday as he “couldn’t in all conscience” keep the rifle after seeing the loss of life in Christchurch.

“Until today I was one of the New Zealanders who owned a semi-automatic rifle. On the farm they are a useful tool in some circumstances, but my convenience doesn’t outweigh the risk of misuse,” he posted online.

He added, “We don’t need these in our country. We have make sure it’s #NeverAgain.”

Until today I was one of the New Zealanders who owned a semi-automatic rifle. On the farm they are a useful tool in some circumstances, but my convenience doesn’t outweigh the risk of misuse.

We don’t need these in our country.

We have make sure it’s #NeverAgain pic.twitter.com/crLCQrOuLc

Honestly, this is the stupidest thing this guy could have done. I guess he thinks the criminals will just turn in their guns like his and the agents of the state will turn in theirs and it will just be Kumbaya around the fire with everyone holding hands.

Furthermore, it’s interesting the use of the term #NeverAgain. That’s the very thing that little David Hogg said and used as a title of his and his sister’s ignorant book on gun confiscation.

Interestingly enough, the students from Parkland, in order to “gather themselves together,” left the US and went to… you guessed it, New Zealand.

Parkland students mourn for friends made in Christchurch.

“It’s kind of like the same feelings as when our school shooting happened." https://t.co/b7KJKHq9An

Another particularly strange coincidence is the fact that 30 survivors of the Parkland shooting traveled to Christchurch last July. The purpose of that trip, according to Sandi Davis, a sociology teacher at Stoneman Douglas, was a way to help the students cope with the tragedy they experienced and also as a way for them to learn how to sustain the anti-gun violence movement they had begun in the Parkland shooting’s aftermath.

Another person also took to Twitter to show he had turned in his rifle, saying it was the easiest decision he ever made.

However, Tyler Durden explains that this is not the norm and that Kiwis are not complying, for the most part, with the ban.

Out of an estimated 1.2 million registered guns, New Zealand police report that as of Tuesday night, 37 firearms have been surrenderednationwide, according to BuzzFeed.

The reports of citizens disarming themselves came after a Monday announcement by Prime minister Jacinda Ardern that several “in principle decisions” on gun control have been made by Cabinet ministers, while praising residents who have surrendered their guns to police.

In a previous post, Durden explains why people are not so apt to jump at the hijab-wearing, Islam-kowtowing Prime Ministers request.

Following the 1996 Port Arthur Massacre in which 35 people were killed, Australia banned guns via the National Firearms Agreement, which resulted in confiscation of between 650,000 and 1 million firearms from private citizens.

A 2007 study by researchers Jeanine Baker and Samara McPhedran found that “when compared with observed values, firearm suicide was the only parameter the [National Firearms Agreement] may have influenced, although societal factors could also have influenced observed changes.”

The following year, Wang-Sheng Lee and Sandy Suardi with the University of Melbourne concluded that “there is little evidence to suggest that [the National Firearms Agreement] had any significant effects on firearm homicides.” Additionally, “the evidence so far suggests that in the Australian context, the high expenditure incurred to fund the 1996 gun buyback has not translated into any tangible reductions in terms of firearm deaths.” -Newstalk1130

But in the wake of a mass shooting, apparently all it takes to stop a bad guy with a gun is a good guy (or gal) who’s given up their ability to defend themselves and their family.

Looks like some people have a brain and know history, and some don’t.