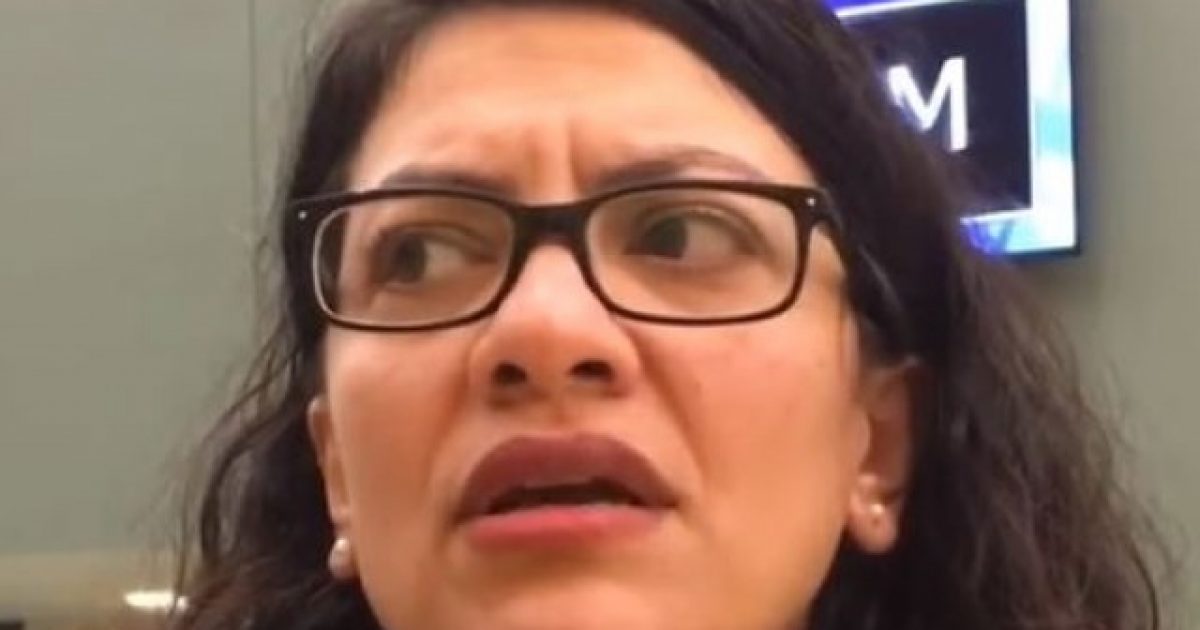 Anti-Semite and Trump hater Rashida Tlaib (D-Mich.) is seen in a video saying that she and members of her party are working on a way to physically arrest and incarcerate Trump administration officials who refuse to comply with subpoenas issued in their latest attempt to bring down President Trump.

The NationalSentinel reports that this is related to the current pseudo-impeachment scandal, and indicates that Democrats are getting desperate because none of the other attempts they and their army of mainstream media liars have run against President Trump has resulted in overturning the 2016 election.

It could be that Tlaib is just blowing smoke to appease her base.

But if not — and she’s serious that Democrat leaders are serious about trying to arrest Trump Cabinet members and other officials if they fight House subpoenas or they get held in contempt, she’s basically saying the Garbage Party is laying the groundwork for the second American civil war. [Opinion]

The fact is, the president has rights under the Constitution as head of the Executive Branch. And no matter how insane these Democrats and their idiot voters get, that’s not going to change.

Trump can fight subpoenas. He can fight contempt charges. He can assert executive privilege. He can have the right to face accusers. He has the right to cross-examine witnesses in his ‘impeachment’ trial. Etc. Etc. Etc.

Tlaib is an anti-Semitic socialist POS who has no business serving in a republic. And she’s out of her mind if she seriously thinks House Democrats are going to reopen a ‘jail’ so they can incarcerate Trump’s Cabinet members.

Trump has a lot more resources at his disposal to stop this crap. Like the U.S. Marshal’s Service. And the military.

Not to mention the millions of Trump supporters.

*Editors note- this article has been edited.