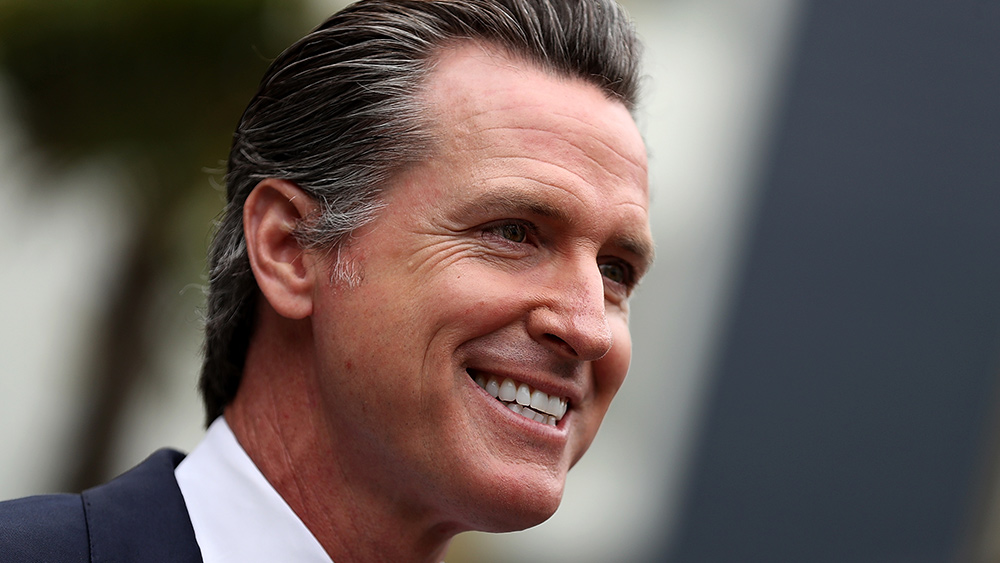 (Natural News) In another example about how Democrats either legitimately don’t understand market economics or simply don’t care because they would rather risk tanking the economy in order to make more citizens dependent upon government largess, California Gov. Gavin Newsom’s plan to help state residents cope with the highest average gas prices in the country is sure to make energy inflation worse.

Newsom is proposing handing out $400 gas cards to most state residents as part of an overall $11 billion proposal to help them ‘cope’ with the spike in gas prices, which he, like Joe Biden, is blaming squarely on Vladimir Putin’s invasion of Ukraine, though oil and gas prices have been rising steadily throughout Biden’s term thanks to his ‘war on fossil fuels’ policies.

Included in the plan is a $400 tax refund that would come in the form of a debit card (no word on what state taxpayers will shell out for the cards), which would only apply to registered owners of vehicles. The refunds would be capped at $800 per person for those who own more than one vehicle.

“We’re taking immediate action to get money directly into the pockets of Californians who are facing higher gas prices as a direct result of Putin’s invasion of Ukraine,” said the Democratic governor, casting aside basic economic principles and the fact that gas prices in the age of Biden were already at multi-year highs before Putin’s forces crossed into Ukraine.

The proposal will apply to all Californians regardless of their annual income, which is likely to spur a fiery debate among state lawmakers, some of whom have already called for capping the rebates to only those earning less than $250,000 a year, the San Francisco Chronicle reported.

The paper also noted that Newsom’s proposal comes just a few weeks after the governor claimed that the state must break free “once and for all from the grasp of petro-dictators,” without explaining what that is supposed to mean.

Newsom needs lawmakers’ support to approve the rebate plan as part of the state budget, so the payments could start by July. But that prospective delay sparked sharp criticism from Republicans, who’ve demanded the state provide both a rebate and more immediate relief by suspending the 51 cent per gallon gas tax.

“July? Seriously?” Assembly Republican Leader James Gallagher of Yuba City (Sutter County) said in a statement. “Californians are struggling and Capitol Democrats are dragging their feet. How could it possibly take that long?”

In January, Newsom called for giving residents “a gas tax holiday” by freezing, for one year, the inflationary adjustment to the state’s gas tax, which was set to take effect July 1, saving drivers about $523 million total.

Meanwhile, inflation continues to worsen in the Biden-Democrat Congress era, as runaway spending in the trillions serves as jet fuel for price increases amid ongoing shortages of nearly everything from lumber to steel to electronics and, soon, food.

As oil prices continue to rise, thanks to Biden’s anti-fossil fuel policies, the cost of getting everything to market is rising too. Diesel fuel, for instance, is more than $2.50 per gallon higher today than it was when President Donald Trump was forced out of office thanks to a stolen election, and with each new diesel price rise, the cost to transport and ship everything will continue to go up.

So Newsom’s solution is the same as every other Democrat: Pour more money into an inflationary cycle which is sure to just make the current situation even worse.

This is why Democrats should never be in charge of economies.