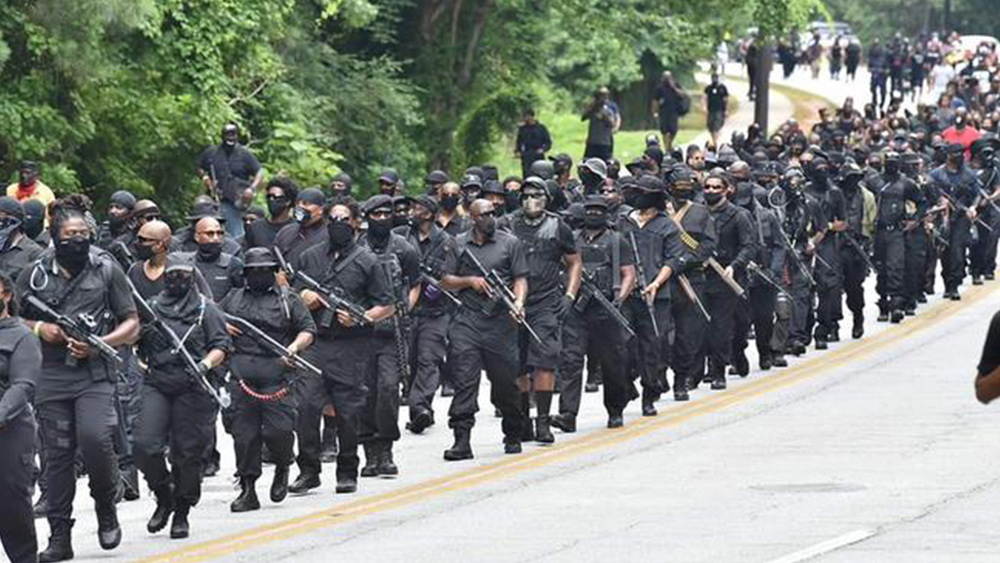 (Natural News) The Black militant group known as “NFAC” — Not Fu#king Around Coalition — enjoys running around the streets of Louisville, Kentucky, intimidating and bullying White people with a show of arms. But yesterday, one of the members of the NFAC accidentally shot two other members of the Black militant group, generating what’s known as “Black-on-Black shootings,” which the entire mainstream media pretends doesn’t exist. (Chicago, anyone?)

This is earning the NFAC a new name: Totally Fu#king Around CLOWNS.

Trigger discipline, of course, shouldn’t be expected from a group of militants who have no discipline in the first place, as they spill into roadways, violating local laws and intimidating White drivers of vehicles they’ve managed to stop. This is the same group that demands they be given the State of Texas as part of their “reparations” settlement.

#NFAC “Highly Trained” soldiers shoot each other by accident..oh yeah, and they want Texas.. pic.twitter.com/T11XMyDGtB

Here’s some footage where the actual gunshot is heard. Watch the totally confused reactions among NFAC members, who obviously have no clue what to do when the shooting starts:

Here’s a rally / muster scene video that captures the militant attitude of the NFAC extremists:

Here’s a video that discusses the “crisis in Black America,” which discusses how White people are controlling the Black militant movement to stage a radical left-wing “White” communist revolution in America. Blacks are being used by Whites, in other words:

In the larger context of all this, we should point out that we do not hold any animosity toward our Black brothers and sisters, but rather toward the globalists and media contortionists who are whipping up hatred and racism as a tool of chaos.

The scripting of hatred and race-based violence is eloquently explained by a Yugoslavian woman in the video below, who reveals how everything you’re watching unfold in America today is part of a well-scripted campaign to pit Whites against Blacks and cause a civil war.

Don’t fall for it. Hold your fire. Fellow American citizens are NOT your enemy. The real enemies are the media controllers and globalist villains who wrote the script of hatred and are trying to provoke mass violence and bloodshed.

Read more news about the rise of left-wing fascism at Fascism.news.