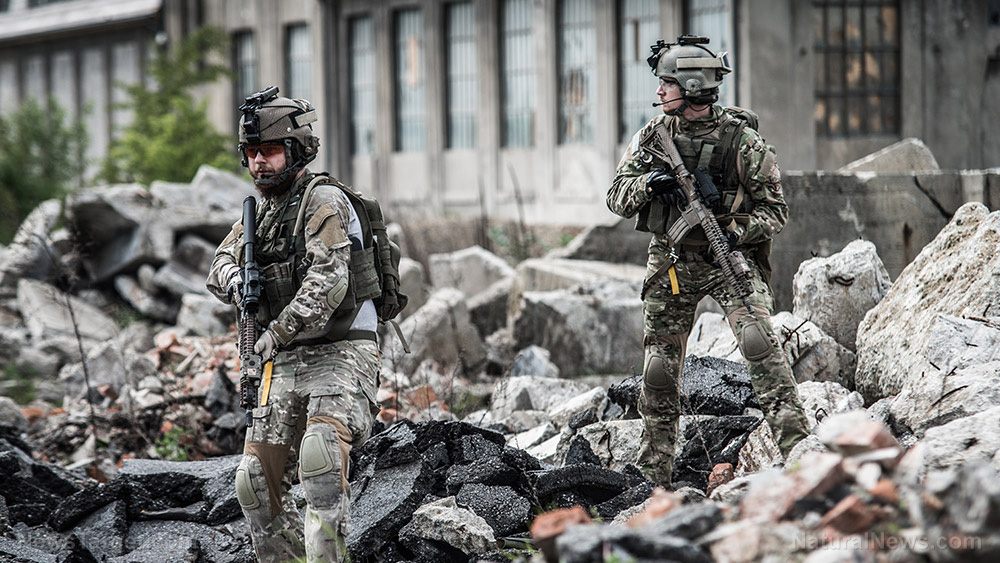 (Natural News) An American mercenary who managed to escape Ukraine warned other foreign fighters not to go to the country and join the war. He claimed that doing so is a “trap” with no chance of escape.

The American fighter revealed the grim truth in footage that went viral on social media. He shared that the Ukrainian authorities are sending foreign fighters to the capital Kyiv on suicide missions. “They’re trying to send us to Kyiv with no weapons, no kit [and] no [bulletproof armor] plates. The people who are lucky enough to get weapons are only getting magazines with 10 rounds,” the American mercenary said.

“When they wanted to send us to Kyiv, we said no. Our whole group – a bunch of Americans, Canadians and [Britons]. So they told us [that] we had to get out of there or they’ll shoot us in the back.”

He then shared how he and two other companions – another American and a British national – managed to leave the besieged country. They hid in the back of an ambulance, where they were dropped off five kilometers away from the border. The three continued their journey on foot, but were met with “a whole other mess” when they reached the border.

According to the mercenary, Ukrainian military officers were forcibly conscripting any male who has a military kit or any other military paraphernalia. “They are pulling you out of the line and they’re sending you to the front,” he continued.

The mercenary and his companions managed to leave Ukraine with the help of a humanitarian group that had British Special Forces veterans as members. The three were advised: “You need to dump your [kits]. They’re pulling out people, cutting their passports [and] sending them back.” The three followed the advice, replacing their kits with Red Cross vests and humanitarian passes provided by the veterans.

“People need to stop coming here. It’s a trap, and they’re not letting you leave. I have multiple people who can confirm this story for me,” he concluded. (Related: Ukrainian president calls for international “foreign legion” of volunteers to help fight off Russian invasion; Putin raises nuclear weapons readiness.)

The American mercenary in the viral footage revealed that he had earlier survived a Russian attack on their base. “Our base got f—ed up, the base right next to us got f—ed up. Americans, British, tons of [them] dead. [Ukrainian authorities are] not saying anything, [but] they’re counting our dead as their dead,” he said.

On the other hand, Russia has warned Western governments exhorting their citizens to join the war in Kyiv will be responsible for their death. Major General Igor Konashenkov, the spokesman for the Russian Ministry of Defense, reiterated this in a March 16 statement. He added that Russia will not show any mercy to foreign fighters enlisting under the Ukrainian banner.

“All locations of foreign mercenaries in Ukraine are known to us. I want to warn you again – there will be no mercy for the mercenaries, no matter where they are on the territory of Ukraine. All further responsibility for the death of this category of foreign citizens in Ukraine rests solely with the leadership of these countries,” said Konashenkov.

While the American mercenary dissuaded other foreign fighters heading to Ukraine, he also offered a tip for those intending to leave the country.

“The best way to leave is [through] a vehicle. People who [leave] by vehicle have a better chance of hiding their kit in the back. But do not try to leave Ukraine by foot.”

Watch the American fighter’s testimony about foreign mercenaries in Ukraine below.

This video is from the Survive the News channel on Brighteon.com.