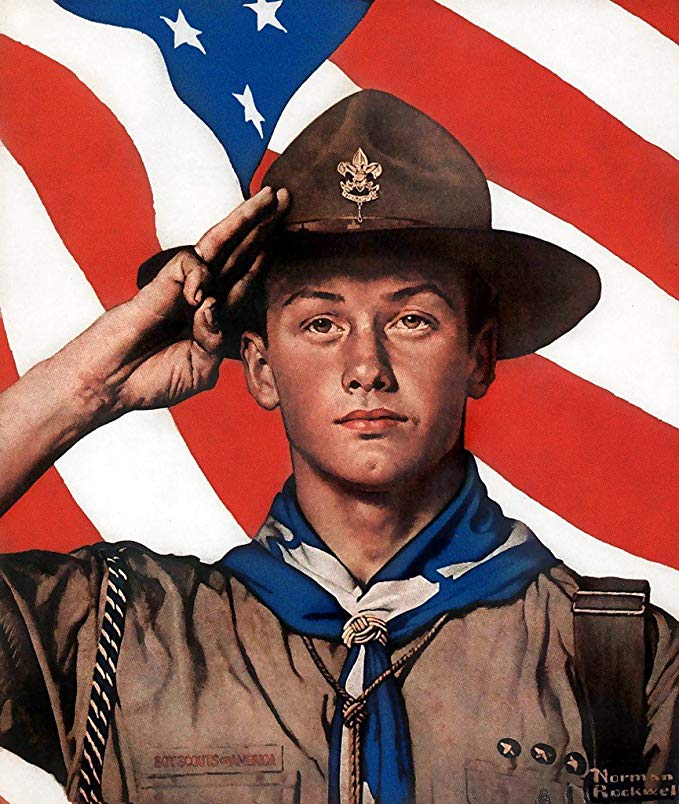 How the Boy Scouts of America Was Taken Down by Deviant Homosexuals and Their Accomplices in the LGBT Movement.

In the interest of full disclosure, let me state up front that I am an Eagle Scout (1962) and I worked as a camp counselor for the Boys Scouts for four years. I also spent a month at Philmont Scout Ranch in 1963. I am anything but unbiased when it comes to the value and history of the Boy Scouts. Until very recently I continued to donate to my local Boy Scout Council.

Before I get lectured by some social justice warrior on the differences between “gay” men and perverts, let me make one point: Men who molest young boys meet the criteria for homosexuality. If they weren’t attracted to people of their own sex, they wouldn’t be diddling kids of their own sex. I will acknowledge that not all—even most– gay people are not sexual predators however, men who are not attracted to their own sex don’t abuse them. By pressuring the Scouts to accept gay “volunteers,” the stage was set for sexual abuse and the eventual financial destruction of the scouting program.

It’s no secret that the Boy Scouts have been under attack by liberals for their exclusion of gay volunteers for many years, but their efforts gained traction during the Obama presidency. When Obama was president, serving also as the honorary president of the Boy Scouts of America, he publicly opposed their policy on gay leadership. Due to the threat of federal meddling, arm-twisting by liberal donor organizations, and a full-on assault by the Gay & Lesbian Alliance against Defamation (GLAAD), the Scouts were pressured to accept homosexual leaders. The Supreme Court ruled, in 2000, that scouting’s moral code exempted them from having to allow gays into their leadership ranks. Keep in mind that membership in the Boy Scouts begins at age eleven—a very vulnerable and impressionable time in a child’s development.

Mirroring the issues in the Catholic Church, Boy Scouts of America is sinking under the weight of sex-abuse lawsuits. The financial problems are so bad that the Boy Scout national organization has put Philmont Scout Ranch up as collateral for $446 million dollars of debt with J.P. Morgan Chase to cover operational shortfalls. Philmont is a 140,000-acre wilderness area donated to the Scouts almost one hundred years ago by oil baron Waite Phillips. Clearly, though the national leaders assure everyone they have “no intention” of selling the property, it will eventually be forfeited or sold when the debt cannot be paid.

To make matters worse, the Boy Scout National office (BSA) failed to notify the committee that oversees the Scout ranch of this move. The following was taken from a Foxs4news article: “Top BSA officials signed the document in March, but members of the Philmont Ranch Committee only recently learned of the development, according to committee member Mark Stinnett. In a memo sent to his fellow members, Stinnett — a Colorado-based lawyer — decried the financial maneuver and the lack of consultation with the committee. “I cannot begin to tell you how sorry I am to be the one to break this news to you,” Stinnett wrote. “The first point of the Scout Law is ‘A Scout is trustworthy.’ I am distressed beyond words at learning that our leaders apparently have not been.”

Yes, Mr. Stinnett, a scout is also “Reverent.” The Obama-era PC policies of the BSA has driven 400,000 Mormon scouts out of the organization. Announced this year, the Mormon Church is pulling out of the scouting program and starting one of its own, beginning Jan1, 2020. Incompatibility was explained as the reason for the split, following the Boy Scouts’ new policies of allowing openly-gay members and volunteers, transgenders, and girls. It’s hard to argue with the Mormon perspective that these moves degraded the moral traditions that historically encouraged parents to enroll their children.

According to the BSA website, the national organization of BSA depends on donations from Scout supply sales, Membership fees, Grants from foundations, Legacies, and bequests, and corporate sponsorships. With mounting legal fees related to child sexual abuse, the costs of settlements, and the immediate loss of almost twenty percent of their membership when the Mormons scouts leave, the future is looking grim for an organization that was designed to provide young boys with a moral foundation while teaching them life and leadership skills. In order to counter-balance their fiscal problems, the Boy Scouts have almost doubled their annual membership dues for kids.

GLAAD has been working to get the Boy Scouts defunded by corporate sponsors since at least 2012. Due to their efforts, organizations like UPS, and the Intel Foundation dropped their contributions as soon as the Gay cabal began haranguing them. This is from the GLAAD website: The CEOs of two major companies — AT&T and Ernst & Young — called for an end to the Boy Scouts’ anti-gay policies earlier this year. AT&T’s CEO, Randall Stephenson, and Ernst & Young’s CEO, James Turley, both sit on the national board of the Boy Scouts of America.

I’m certain that all social justice warriors will be celebrating the eventual downfall of this once-great children’s organization. The positive impact scouting had on the millions of boys across the globe cannot be measured, nor can the benefits to society. A high percentage of scouts eventually joined the military. Consider the impending collapse of the BSA as one more nail in our nation’s coffin.

On my honor, I will do my best
To do my duty to God and my country and to obey the Scout Law;
To help other people at all times;
To keep myself physically strong, mentally awake and morally straight.

Can’t have all that now, can we?

David Brockett is a Vietnam Veteran and former Marine aviator. He writes fiction and historical fiction, as well as articles on politics, religion, gun-rights, preparedness, and current events. For more articles by this author visit the following sites: