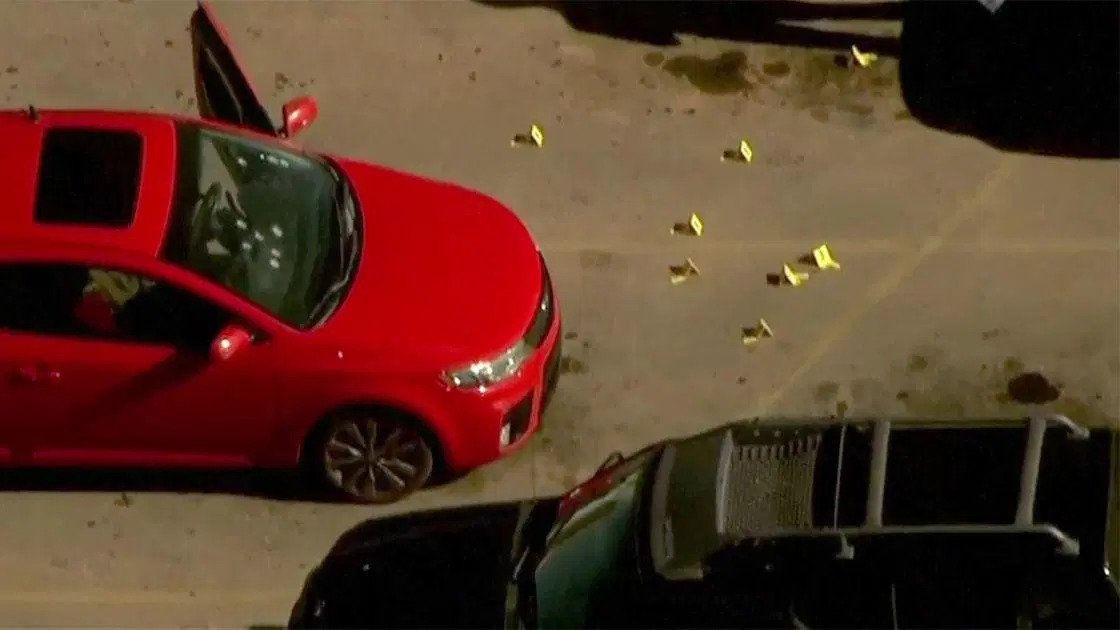 No Shots Fired! You are probably not going to see that headline on a Mainstream Media Article. It is an inconvenient truth that they do not want to highlight.

That truth is… the mere presence of a gun frequently can stop crime with no shots fired. It is possible, that this occurs as often as, or MORE often than the actual firing of a gun to stop crime.

No shots fired, is not reported for two main reasons. In a majority of cases, the police do not even find out. A citizen presents a gun when faced with a crime, and the perp runs away. The citizen either doesn’t call the police. Or they do call but are told that since it’s not an active crime scene, it may be an hour or two before an officer responds, and the citizen having better things to do, declines to have an officer take a report. Therefore, the MSM has no way of knowing it happened. That is an easy out for the MSM. They do not have superpowers, so you have to give that one to them.

However, if the MSM does find out, it is not reported, because it does not fit the narrative. A narrative that demands that guns are bad, and anytime a gun is produced, someone dies. (Or at least gets shot).

Today is a rare case. While no one else is reporting it as “no shots fired,” the situation where the presence and presentation of a gun ended a gunman’s attack did happen. And the news is actually trending in national news and making it to the top page on many news sites. However, the hero of the day, gets less lines of reporting than the witness!

I wish the news would just level with everyone, and celebrate the heroics of that citizen that stopped a gunman with his own gun and make it the focus of their articles. However, at this point, I am happy that they are at least mentioning the fact that it happened at all in their articles. 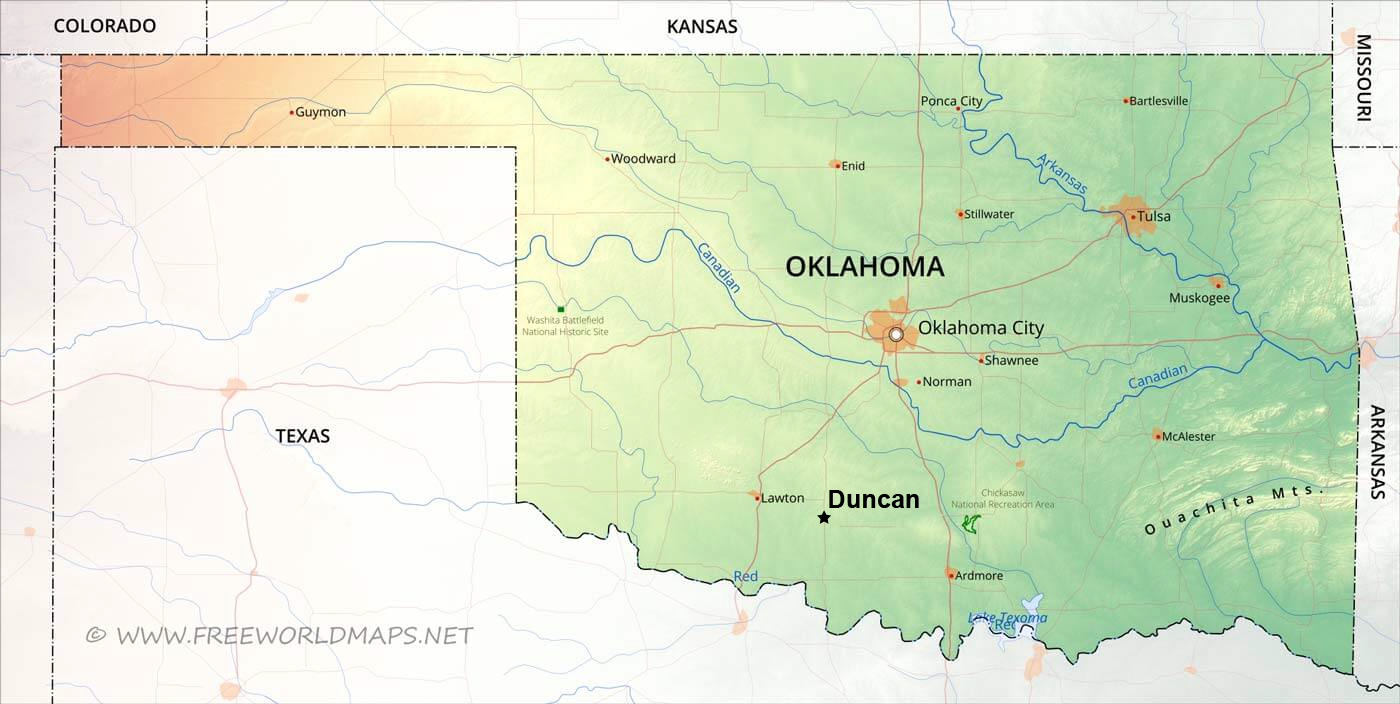 At the Walmart in Duncan, Oklahoma, just before 10am, a gunman fired into a car, killing two victims in the parking lot.

A total of 3 people are dead, two men and a woman. One of the dead men is the shooter. A connection has not been confirmed between the victims and shooter, however, family members on sight; say it was part of a domestic dispute between a husband and wife. They offered no additional info.

The female victim was an employee at Walmart. The two victims had been inside the Walmart visiting the Money Center before the shooting, but the shooter was never inside the store.

If it is a “Domestic dispute” between a husband and wife, and the wife worked at that Walmart, and was with the other victim, it does not take a genius to figure out who the gunman was. I am not going to say it though.

Helton, the witness said, an armed bystander in the parking lot witnessed the shooting and confronted the shooter, who then took their own life.

That to me should be the headline, everywhere. Armed Citizen Stops Gunman, with No Shots Fired. However, I do not even find it mentioned in the majority of the articles I have read about the shooting.

Aerial footage of the crime scene shows one body under a sheet on the ground, next to a red car with its driver’s door open. As soon as the cameraman notices the body, the video zooms out rapidly.

I am sure they did not want to offend anyone with “sensitivities.” People that would be so offended that they forget how to click on an [X] to close a video window. The footage was not particularly graphic, it was just, reality.

Bullet holes are visible in the car’s windshield and a handgun was found at the scene. The initial 911 call came in at 9:53 a.m., Duncan Police Chief Danny Ford said during a news conference. Ford said the victims and suspect, who have not been identified, had “knowledge of each other.”

Biblically, I would say.

Public schools and the Red River Technology Center in Duncan were briefly locked down following the shooting, but were both given the “all clear” from police in less than a half-hour.

No reason for them to lock down, but it looks good the following year when there’s plenty of statistics to show that schools HAD TO go into lock down so many times, to ‘protect the children’.

I remember when I was a kid; I went to an inner-city school right next to project housing. Never any lockdowns. Plenty of crime, literally across the street. Never a shooting, or spill-over crime on our campus though.

I have no idea how we all survived back then! Nobody cared about us enough to lock everything down, every time the good citizens across the street committed pistol-enforced socialism on the bodega.

Speaking of pistols… think about it for a moment, Walmart banned open carry in August. It is fortunate for everyone, that this citizen did not let “no open carry,” discourage him from concealed carry.

I hope my readers are also not discouraged from carrying in Walmart. Especially now that it’s winter, put your concealed carry away and carry your full-size on your hip and wear a stylish coat over it. Or carry both. I do.

Oklahoma is an ‘open’ Constitutional-carry state, allowing adults that do not have legal or medical restrictions to carry guns openly without a permit as long as they have a ‘legitimate purpose and aren’t violating other laws’.

As of November 1, 2019, Oklahoma added to their Constitutional-carry by passing a law to not require a license to carry concealed handguns. Think about the people that have benefited now from the LOOSENING of the “gun control” requirements to carry a concealed gun. 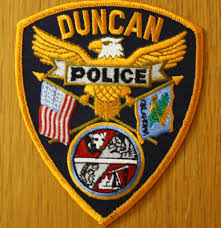 That gunman was going to have a gun on him no matter what. Criminals do not follow the laws. However, that armed citizen might not have had a gun on him, if that gun law had not changed.

The Walmart Supercenter is located at 3393 North 81 Highway. Duncan is about 80 miles south of Oklahoma City.

Duncan Police Department asks that if anyone has any information, please contact them at (580) 255-2112