They say, “Don’t bring an Axe to a (Shot)Gun fight.” Well, that’s not really how that saying goes, but it might be, after one potential burglar didn’t bother upgrading his weapon before attempting a break-in.

This will be a short article, because I won’t be beating the dead horse that the mere presence of a pistol, rifle or in this case, a shotgun (You win this round Biden), is a deterrent to crime, without the need to fire a single round. No Shots Fired!

Recently Biden proclaimed for everyone to “Go out and buy a shotgun!” He wants everyone to believe that a low capacity shotgun is the perfect home defense. And a stopped clock is right twice a day. He happened to be right this time, but not for a reason he’d ever admit.

Are you willing to risk your and your family’s life, and keep ONLY a shotgun for home defense? I believe, much like a pistol, a shotgun is only useful for getting you to your main gun.

Even if you have a beautiful shotgun like the one I will be doing a review on in a couple weeks; The Rock Island Armory VRBP100. A semi-auto bullpup shotgun, magazine fed, with “limitless” 9rd or 19rd magazines filled with 00 Buckshot and slugs, that shotgun would still only be my backup to get me to an AR, or a PCC.

Biden wants you to rack the shotgun and scare off the bad guy. Don’t ever take home defense tips from a Leftie Presidential Candidate… if you are storing your shotgun properly, racking it, will get rid of your chambered round, and you’d be down a round. All of your home defense weapons should have a chambered round, ready to shoot.

Now, if this wasn’t a conservative site, I could imagine some Leftie clutching their pearls and saying “Won’t someone please think of the children!” However, I grew up with all the firearms in the house, loaded, chambered and ready to go. And I knew that I wasn’t supposed to go anywhere near them. If you have kids and teach them properly and they aren’t idiots, keeping a loaded and chambered weapon will be a non-issue.

Biden was correct this time, but he is wrong intrinsically. Attackers are now pairing up, tripling up, and even going 4+ strong when hitting homes. A 5rd tube-fed shotgun is NOT going to do anything for you, except allow you to fall back safely and make it those 60ft to your main gun.

Another saying goes, “The best weapon for self-defense, is the one you have” and it was fortunate for a homeowner in Burlington, North Carolina that he had a shotgun handy, otherwise the outcome might have been different.

Around 9 a.m. on Sunday, Nov 17th, officers with the Burlington Police Department responded to a home in the 700 block of Edinburgh Court.

According to investigators, the suspect used an axe he found in the yard to try to break in the back door of the home, which was occupied. The homeowner confronted the suspect with a shotgun and pointed it at him, according to police.

The suspect, identified as William Lawrence Cowan, 29, of W. Front Street, fled the scene on foot. As reported by WRAL. 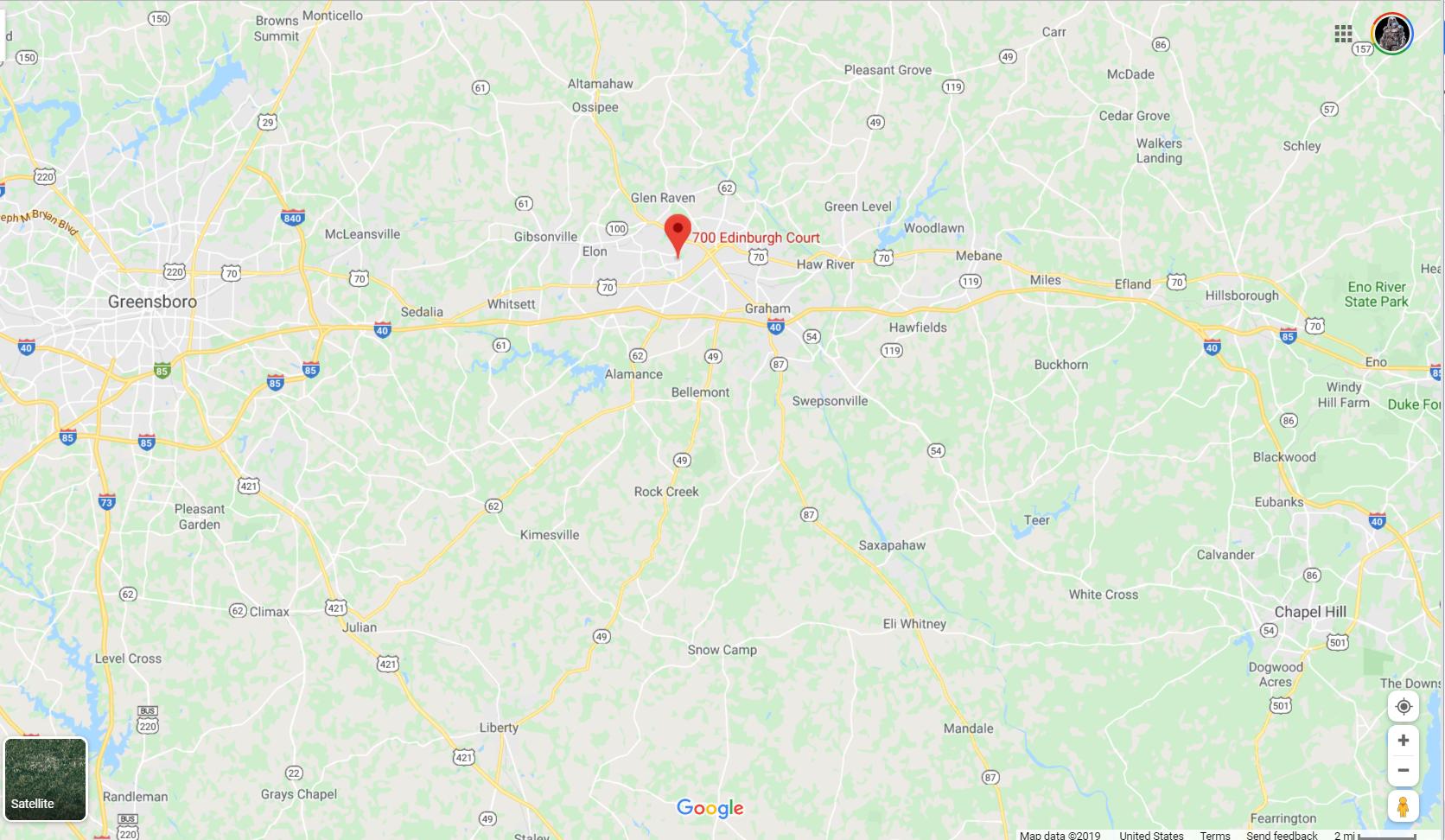 There’s not a lot more to say about it. The homeowner had a shotgun, showed it to the baddie, and the baddie thought better of his near-future actions. He dropped the axe and left the premises with haste, fleeing on foot. Police say he was arrested quickly, two blocks over at Warwick Ct. by Woodland Ave. and booked into jail.

Cowan is charged with “break or enter a building with the intent to commit felony/larceny.” He’s being held in the Alamance County Detention Center on a $5,000 bond.

I found 4 affiliates local to the area carrying the story… but nothing National. And you know why.

Even though it was a low-capacity shotgun, the news doesn’t fit the agenda and the narrative that the MSM is pushing. All guns are bad, and if a gun is produced, someone gets shot and dies.

At this point, I fully believe 100%, the mere presence of a gun, deters more crime than instances involving someone getting shot. We just don’t have any way to prove it. Take this case for example. Unless a person was actually reading through entire police reports, the circumstances would not be known.

There isn’t a database for “no shots fired”, and there’s no good search terms that will find every case where a brandished firearm, ceases criminal activity. And that only works if every situation where this happened, was reported to the police, and/or a report is taken. We know that’s not happening every time.

That means the only thing we can do, is to fight strenuously, to protect our rights to bear arms.

Every law is an infringement.

If you are looking for a new shotgun, check out these awesome, modern mag fed shotguns from Armscor/Rock Island Armory.

Are The Recent UFO Disclosures Setting Us Up For A Mass Deception Of Epic Proportions?

Cartoon of the Day: Science for the Lambs
March 1st, 2021 Liberty Unyielding

Hypocrisy: Under Trump, Attacks On Syria OK – Under Biden, Not OK – Both Lawless
March 1st, 2021 Sons of Liberty Media