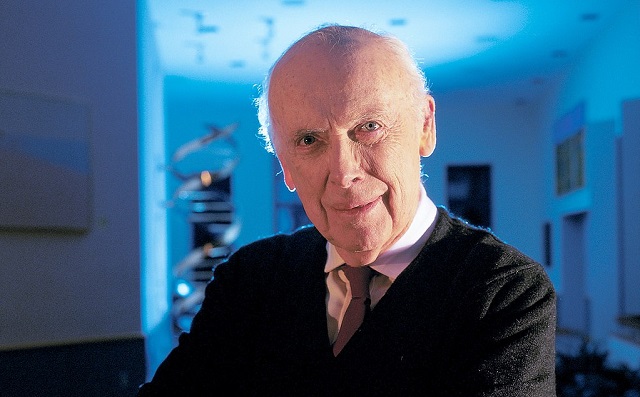 Ninety-year-old Nobel Prize-winning scientist James Watson, who is currently in a nursing home unable to defend himself as a result of a recent debilitating car accident, is being run through the wringer for refusing to renounce his statement that race and genes are linked to IQ.

Ninety-year-old Nobel Prize-winning scientist James Watson has been stripped of his honorary titles by a leading American research institution, after doubling down on his controversial conclusions linking race and intelligence.

Despite nearly half a century service to the Cold Spring Harbor Laboratory (CSHL), Watson, a world-renowned geneticist, lost all of his honorary titles of Chancellor Emeritus, Oliver R. Grace Professor Emeritus and Honorary Trustee, for refusing to retract his own scientific conclusions.

In 2007, Watson was suspended from all of his positions held at the New York lab following a scandal centering around his claim about the “inherently gloomy” future of the African continent. “All our social policies are based on the fact that their intelligence is the same as ours – whereas all the testing says not really,” he told the Times newspaper at the time.

While having initially issued an apology for his comments, allowing him to maintain his honorary titles at the CSHL, when asked more than a decade later whether his views about race and intelligence have changed, he told the PBS documentary they haven’t.

“Not at all. I would like for them to have changed, that there be new knowledge that says that your nurture is much more important than nature,” the scientist was quoted as saying in a recently previewed PBS documentary, titled American Masters: Decoding Watson. “There’s a difference on the average between blacks and whites on IQ tests. I would say the difference is, it’s genetic.”

You don’t even want to know the reaction when they find out he said Africans are better at basketball than the Japanese! (/s)

Incidentally, I tried to watch the PBS show but stopped after a few minutes as it was just a bunch of nobodies endlessly haranguing Watson as a heretic while simultaneously praising him as some sort of schizo genius.

In this short clip from the documentary shared on YouTube, former PBS host and modern-day inquisitor Charlie Rose (who was later #MeTooed) was seen shouting at Watson in reference to race and IQ: “Did you think the thought?”

“Did you think the thought?” With the way things are going, if technology is ever developed wherein thoughts can be read out of people’s minds then soon heretics will be tied down and monitored for literal “thought crimes.”

Thinking “wrong” thoughts will cost you your livelihood, lower your social credit score and get you on an ADL/SPLC hate list.