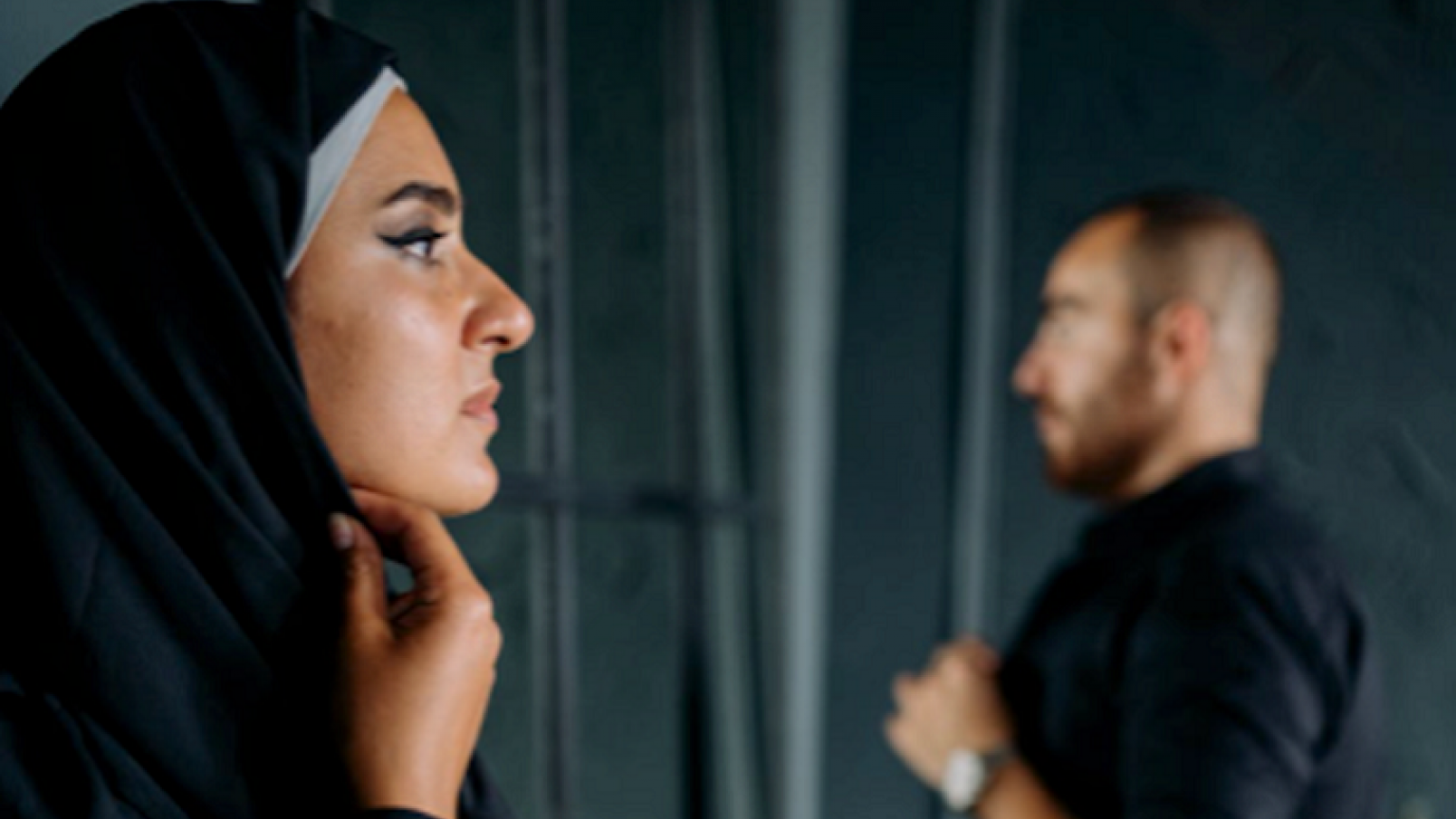 What exactly the West has done to itself by means of mass Muslim migration is a taboo subject as far as the establishment media is concerned. Even the suggestion that there could possibly be a downside to the creation of no-go zones and Sharia enclaves in Europe is buried under charges of “racism,” “bigotry,” and “Islamophobia,” and that’s that. But as Muslims and non-Muslims in Europe march arm-in-arm into the glorious multicultural future, a recent news item in Austria suggests that everything might not be as rosy as our moral superiors would have us believe.

The German-language Exxpress reported Thursday that “a man of Turkish origin was sentenced today in Braunau to two years’ unconditional imprisonment for aggravated coercion. The Austrian citizen threatened to kill his wife if she refused to wear a headscarf.”

The man who issued this threat was in prison at the time: he is “serving a five-year prison sentence for aggravated assault.” But he was able to get his wife on the phone, and instead of spending his precious phone time telling her how much he missed her and assuring her that he would not run afoul of the law again, he told her: “If you don’t wear a headscarf from now on, I’ll break all your bones, kill you and cut your head off your body. I don’t care if I get 20 years for it.”

Now he dismisses those words as so many sweet nothings. In court, he explained: “I scolded her, she scolded me. I am ashamed that I am here as a defendant because of my wife. It was a perfectly normal marital argument.”

Well, yeah. Perfectly normal in Lahore, or Tehran, or Riyadh, or Diyarbakir, but in Braunau? Not so much. At least not until recently. But now, what goes in Diyarbakir goes in Braunau, and if you don’t like that, you’re a “racist,” “bigoted” “Islamophobe.” After all, this chap’s directions to his wife were perfectly reasonable: “I told my wife to wear the headscarf until I was out of prison. So much has been heard, that’s why I told her.”

His wife, according to Exxpress, “confirmed a little later during the interrogation that he was alluding to the protection that Muslim women with headscarves had against harassment by Muslim men, since they can be recognized as believers.” She elaborated: “My husband is not religious, for him the headscarf means that nobody is looking at me and that I am honorable.”

Or else. The victim of this “perfectly normal marital argument” stated: “I now have a different cell phone number because I’m afraid.” She was still afraid even though her husband was in prison: “I know him, he has had me threatened and followed by his friends. He has said he will get an ankle bracelet and then he will teach me.”

For all this, Judge Stefan Kiesl gave this sterling migrant two years in prison. “Seldom has a decision been so easy for me,” he added. “I believe your wife’s every word and have no doubt that what she said is one hundred percent true.” He said of the behavior of the defendant: “It couldn’t be more reprehensible. After receiving five years in prison for an incredibly aggressive act, you are trying to manipulate people from prison. The two years imprisonment can also be seen as a general preventive measure. The clear message must go out that such attitudes cannot be tolerated in our society.”

But Judge Kiesl, such attitudes are already tolerated in your society, and much more as well. After all, “the Turk was convicted of a knife attack in 2019. Because of debts, he stabbed a man in a betting shop in Braunau with a 20cm long jackknife. He was then sentenced to 5 years in prison.” And now he has two years more to serve for threatening his wife. Do you really think, Judge Kiesl, that he will emerge from prison a changed man? Isn’t it much more likely that, given the large presence of jihadis in prisons all over Europe, he will emerge even more hardened and dangerous than he is now?

This is just one incident among many that call into question the entire mass Muslim migrant enterprise that Europe has embraced so wholeheartedly. The political and media elites silence all dissenters by branding them “racists” and “Islamophobes.” So a few women suffer in the making of the new, multicultural Europe? Hey, to make an omelet you have to break some eggs!