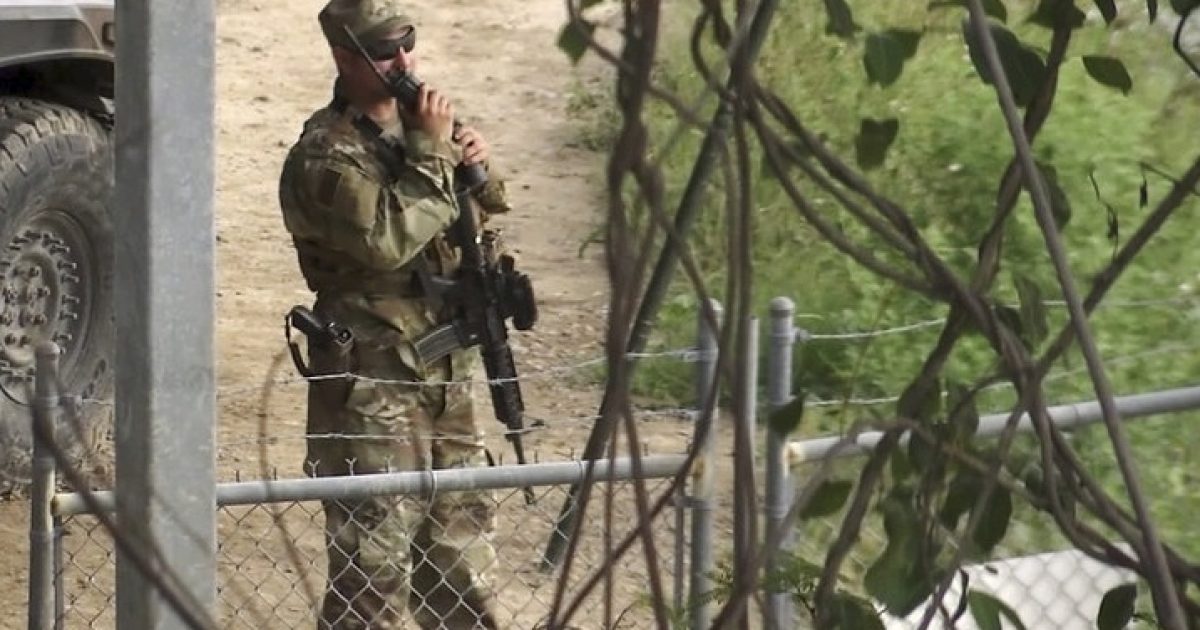 Military officials from the US Northern Command have confirmed that Mexican troops drew their weapons against US soldiers, who were on the US side of the border conducting a routine surveillance operation.

The soldiers were in an unmarked Customs and Border Protection vehicle near the southwest border in the vicinity of Clint, Texas.

Officials confirmed that the Mexican troops were armed with what seemed to be assault rifles. They drew their weapons when they saw the two U.S. soldiers and ordered the U.S. troops to return their weapons to a military vehicle. According to officials, the two Americans obliged “in an attempt to de-escalate a potential volatile situation.”

“Throughout the incident, the U.S. soldiers followed all established procedures and protocols,” Northern Command said in a statement.

While the two U.S. troops were on the south side of the security perimeter, officials say that they were still north of the Rio Grande and thus were firmly inside American territory. After the incident, military and Department of Homeland Security officials sent an inquiry to the Mexican government demanding an explanation.

“An inquiry by CBP and DOD revealed that the Mexican military members believed that the US Army soldiers were south of the border,” said Northern Command, referring to Customs and Border Protection and the Department of Defense.

“Though they were south of the border fence, U.S. soldiers remained in U.S. territory, north of the actual border,” the statement said, adding that “after a brief discussion between the soldiers from the two nations, the Mexican military members departed the area.”

Meanwhile, illegal aliens from Central and South America, as well as the Middle East continue to cross over the southern border, and many are falsely alleging that they are families. It was reported that a local Fox affiliate in San Antonio, Texas uncovered a massive scam of illegal aliens with fake documents to deceive immigration officials into thinking they are real families when they are actually fake. On Friday, I reported that the US Border Patrol identified over 3,000 fake family unit cases in the last six months.

While the soldiers were fortunate enough that the incident left everyone safe, something needs to be dealt with about the Mexican soldiers drawing their weapons on US soldiers who were no threat to them and ordering them to put their arms in their vehicles.