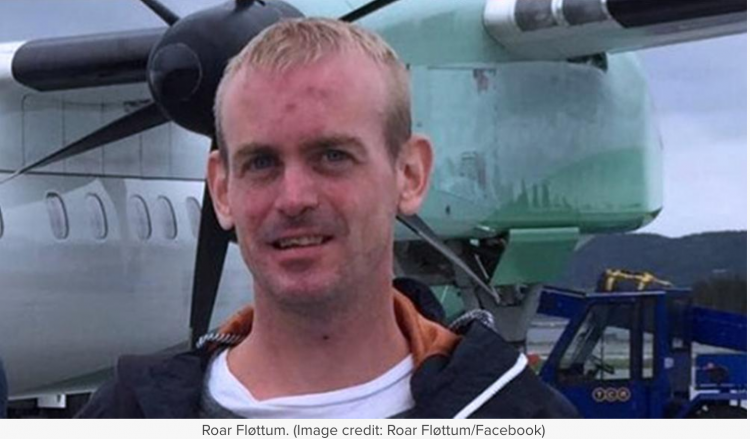 The horror of this supremacist violence is dwarfed by its embrace by left-authoritarians in media, pop culture, and politics and their dictatorial decree that we submit and respect it or risk ruin.

Four Muslim men abducted, beat, and robbed a street preacher in Trondheim, Norway, finally demanding at knife point he convert to Islam or be killed.

Roar Fløttum, who regularly preaches and prays for the sick on the streets of the historic northern city, was lured away on 28 November by the four seemingly friendly men to pray for a friend who had “injured his foot and was waiting for an ambulance.”

After pushing Fløttum down a flight of stairs and beating him about the head, they took his bank cards, mobile phone and extracted his passcodes. He was held captive while the men withdrew over 10,000 Kr (£900; $1,100; €1,000) from his accounts.

His ordeal continued as they tried to force Fløttum to recite Arabic words, probably the Islamic creed, and demanded he “convert to Islam of die” while threatening him with a knife. Muslims believe that anyone who recites the creed has become a Muslim, even if they do not understand what they have said and do not believe it.

“They wanted me to say a few words in Arabic. I was scared and actually thought they were going to kill me because they said they had a knife and didn’t want witnesses,” said Fløttum who later asked his Facebook followers to pray for his attackers.

Police are investigating the troubling incident, apparently the first of its kind in the city, but no arrests have been made at the time of writing.

Fløttum plans to continue his evangelism work in Trondheim. “I am out on the streets a lot and have never before experienced anything like this. It is still early days as I feel traumatised after the event, but I have no plans on letting this incident stop me. I only want to tell others about God’s love,” he said.

It was estimated in 2016 that 5.7% of the Norwegian population are Muslim, mostly Sunni Muslims living in the Oslo area. There is also a significant minority of Shia Muslims in the country. Trondheim, in the central region, has a small Muslim community that has grown there over the past ten years. The Muslim Society and Masjid al-Salam each have a mosque in the city.