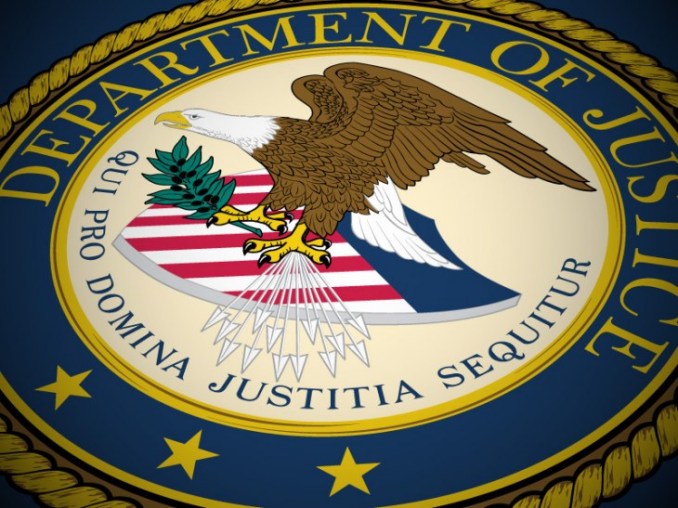 In the month of June, 1,700 people were arrested by the Department of Justice during a nationwide crackdown on human trafficking during Operation Broken Heart. The charges range from committing sex with children to exploitation crimes.

According to the DOJ, “The 61 ICAC task forces, located in all 50 states and comprised of more than 4,500 federal, state, local and tribal law enforcement agencies, led the coordinated operation known as ‘Broken Heart’ during the months of April and May 2019. During the course of the operation, the task forces investigated more than 18,500 complaints of technology-facilitated crimes targeting children and delivered more than 2,150 presentations on internet safety to over 201,000 youth and adults.”

The 61 ICAC task forces, located in all 50 states and comprised of more than 4,500 federal, state, local and tribal law enforcement agencies, led the coordinated operation known as “Broken Heart” during the months of April and May 2019. During the course of the operation, the task forces investigated more than 18,500 complaints of technology-facilitated crimes targeting children and delivered more than 2,150 presentations on internet safety to over 201,000 youth and adults.

The operation targeted suspects who: (1) produce, distribute, receive and possess child pornography; (2) engage in online enticement of children for sexual purposes; (3) engage in the sex trafficking of children; and (4) travel across state lines or to foreign countries and sexually abuse children.

The ICAC Program is funded through the Department’s Office of Juvenile Justice and Delinquency Prevention (OJJDP) within the Office of Justice Programs (OJP). In 1998, OJJDP launched the ICAC Task Force Program to help federal, state and local law enforcement agencies enhance their investigative responses to offenders who use the internet, online communication systems or computer technology to exploit children. To date, ICAC task forces have reviewed more than 922,000 complaints of child exploitation, which have resulted in the arrest of more than 95,500 individuals. In addition, since the ICAC program’s inception, more than 708,500 law enforcement officers, prosecutors and other professionals have been trained on techniques to investigate and prosecute ICAC-related cases.

“The sexual abuse of children is repugnant, and it victimizes the most innocent and vulnerable of all,” Attorney General William P. Barr said. “We must bring the full force of the law against sexual predators, and with the help of our Internet Crimes Against Children program, we will. Over the span of just two months, our ICAC task forces investigated more than 18,000 complaints of internet-related abuse and helped arrest 1,700 alleged abusers. I would like to thank our Office of Justice Programs, all of the task force members, and especially the state and local partners who helped us achieve these important results. We are committed to bringing the defendants in these cases to justice and protecting every American child.”

“As the perception of sexual exploitation of children continues to move from windowless vans in back alleys to Dark Web sites on the Internet, the investigation and prosecution of these vile crimes must continue to evolve,” said Bobby L. Christine, U.S. Attorney for the Southern District of Georgia. “We are determined, with our law enforcement partners, to find these criminals wherever they try to hide and protect the innocent from victimization.”

Bethany Blankley reminds us of what has taken place just this year regarding busting involved in human trafficking.

Human trafficking crimes, defined in Title 18, Chapter 77 of federal law, involve “the act of compelling or coercing a person’s labor, services, or commercial sex acts,” according to the DOJ’s website. “The coercion can be subtle or overt, physical or psychological, but it must be used to coerce a victim into performing labor, services, or commercial sex acts.”

Prior to Operation Broken Heart, the DOJ’s human trafficking enforcement website reads like a rap sheet of criminals arrested nationwide.

In June, a Tampa man was arrested and charged with trafficking two teen girls; a Houston man was convicted of sex trafficking adult women by force; a federal judge sentenced a man to life in prison for forcing women and children to engage in commercial sex acts in Chicago and the suburbs.

In May, a federal jury convicted 27-year-old Houston resident and member of The Sauce Factory for conspiracy and sex trafficking.

In March, a former Stockton, California, couple was convicted of human trafficking charges related to forced labor of foreign nationals; in New York, the founder of “NXIVM,” a purported self-help organization based in Albany, was arrested for sex trafficking and forced labor conspiracy. His secret society allegedly branded women with his initials, and women served as his slaves whom he coerced into performing sex acts.

Between January and March 2019, nine defendants were sentenced to significant prison terms for sex trafficking and related offenses in Des Moines.

In January, a leader of a Queens, N.Y.-based child sex trafficking ring was sentenced to 15 years in prison for trafficking a dozen minors in New York, Pennsylvania and New Jersey, using Backpage to advertise underage girls for sex.

This is all good news, but there needs to be justice, and that doesn’t mean a prison cell where everything is taken care of for these people by their victims and their families. It means that a lot of people need to be cut off from the face of the earth as punishment for their crimes. When are we going to see justice?

Tim Brown is an author and Editor at FreedomOutpost.com, SonsOfLibertyMedia.com, GunsInTheNews.com and TheWashingtonStandard.com. He is husband to his “more precious than rubies” wife, father of 10 “mighty arrows”, jack of all trades, Christian and lover of liberty. He resides in the U.S. occupied Great State of South Carolina. . Follow Tim on Twitter. Also checkhim out on Gab, Minds, MeWe, Spreely, Mumbl It and Steemit
(Visited 21 times, 1 visits today)
Share
Tweet
Share
Pin