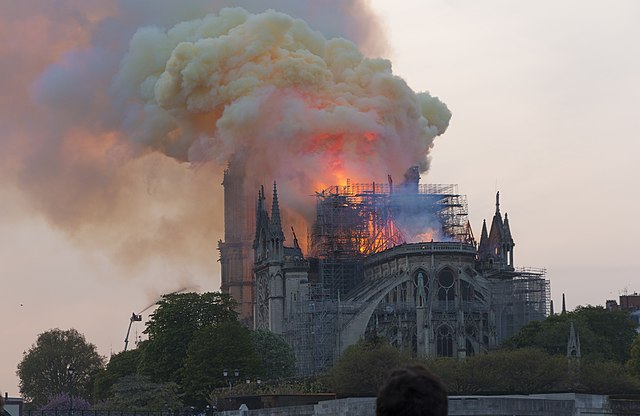 Dozens of media outlets are claiming Paris prosecutors’ office has “ruled out arson” less than 24 hours after the Notre Dame Cathedral fire was extinguished, though that doesn’t appear to actually be the case.

The Paris prosecutors’ office says investigators are treating the blaze that destroyed part of Notre Dame as an accident for now.

The prosecutors’ office said late Monday they have ruled out arson in Monday’s fire, including possible terror-related motives for starting the blaze.

TIME Magazine, under the headline “Prosecutors Rule Out Arson at Paris’ Famous Notre Dame Cathedral as Firefighters Extinguish Blaze,” had this line as their source:

“There is no indication that this was a deliberate act,” Paris prosecutor Rémi Heitz told a press conference Tuesday morning, adding that investigators considered an accident the most likely cause.

That’s not the same as “ruling it out.”

Contrast those reports with this one from German media site DW: “Notre Dame fire was likely accident, not arson — prosecutor“:

“Nothing suggests that it was a voluntary act … We are favoring the theory of an accident,” Heitz told reporters, adding that a team of 50 people were working on a probe into how the fire started.

He said the investigation would likely be “long and complex.”

Here’s a snapshot of coverage from Google News: To be clear, I doubt they’d even tell the public if this was revealed to be arson, but claiming the police have already definitively ruled it out appears to be flat out false.

As to the arson angle, The Sun reported earlier this month that 875 churches were vandalized in France just last year.

If Muslims or leftists started this fire — and I’m not saying they did — revealing that to the public could kickstart a revolution.

As it stands now, Macron — who has been down in the dumps in the polls for over a year and desperately trying to shut down the yellow vest protests — is getting to pose as a great unifier.