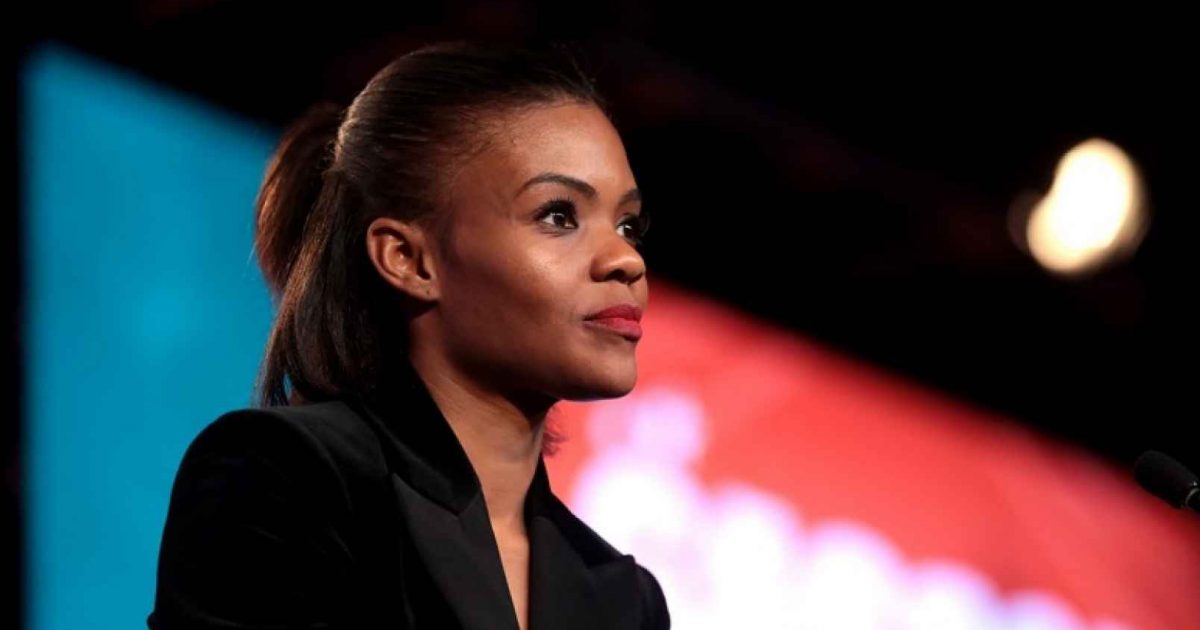 Leftists thought they had hit the jackpot last week in their never-ending quest to portray all dissenters from their totalitarian agenda as Nazis and/or tools of Vladimir Putin: video surfaced of black conservative activist Candace Owens of Turning Point USA appearing to say that the only problem with Adolf Hitler was that he carried his program outside of Germany. Their gleeful smearing of Owens raises the question yet again: are Leftists evil, crazy, or both?

Owens said this at a December event in London:

I actually don’t have any problems at all with the word ‘nationalism.’ I think that it gets, the definition gets poisoned by elitists that actually want globalism. Globalism is what I don’t want. So when you think about, whenever we say ‘nationalism,’ the first thing people think about, at least in America, is Hitler. You know, he was a national socialist, but if Hitler just wanted to make Germany great and have things run well, okay fine. The problem is that he wanted, he had dreams outside of Germany. He wanted to globalize. He wanted everybody to be German. Everybody to be speaking German. Everybody to look a different way. To me, that’s not nationalism. In thinking about how we could go bad down the line, I don’t really have an issue with nationalism. I really don’t. I think that it’s okay.

It was indeed possible to see this as saying that the only problem with Hitler was that he didn’t confine his activities to Germany alone. And Owens’ Trump/Hitler resonance in speaking of Hitler wanting to “make Germany great” was more fodder for Leftists eager to find validation of their multiple smears of conservatives, and particularly of Trump supporters.

However, any sane person can see that Owens was discussing the taint that has been attached to the word “nationalism,” and not pausing to detail all of Hitler’s obvious crimes. That did not mean that she endorsed those crimes, as she made clear after the firestorm erupted: “He was a homicidal, psychotic maniac who was bent on world domination outside of the confines of Germany. You wouldn’t say he was a nationalist, because he wasn’t about putting Germans first. There were German Jews that he was putting into camps and murdering. He was a mass murderer.”

She also explained that she wasn’t likening Trump to Hitler: “Trump has no interest in conquering the world.” He is “employing a type of nationalism that is desperately needed in times like this, when you have people that are trying to globalize our economy, and we’re seeing that America has been hurt by it.” Responding to claims that she was saying Hitler would have been fine if he had just stayed in Germany, she said: “No, I’m saying Hitler wasn’t a nationalist.”

Anyone with an ounce of good will and common sense could have realized these things all along, but Leftists evidently have neither. Chelsea Clinton tweeted: “Ignorance about Hitler’s evil regime must always be confronted. That burden should not fall on Holocaust survivors. There was nothing, using @RealCandaceO own words, ‘great’ about the Third Reich before it began annexing & invading its neighbors.”

Fake moderate Muslim Qasim Rashid jumped on as well: “Oh my God. Candace Owens says she has ‘no problem’ w/Hitler’s nationalism as long as it had remained in Germany b/c ‘it’s important to retain your country’s identity.’ So Hitler using Nationalism to commit genocide of Jews was ‘just fine’ for Owens.”

The Washington Post pontificated: “Owens and Turning Point have been criticized for issues related to diversity. Some former members have called leaders of the group racist. With speeches like that from Owens, it’s not hard to see why.”

There are just two options here: one is that the Leftists who pounced on Owens (and there are many more) actually believe that conservatives are Nazis, in which case they are insane. Insanity is the inability to distinguish reality from fantasy, and if Chelsea Clinton, Qasim Rashid, the Washington Post and the rest really think that Owens’ initial statement revealed that she secretly admired Hitler, they have shown that they cannot make basic distinctions and perceive elementary realities.

On the other hand, if Leftists knew full well all along that Owens was not a Nazi, but saw her words as fodder to be exploited in order to try to defame and destroy her and all conservatives and Trump supporters, then they are evil.

The most likely answer is that they’re both crazy and evil.