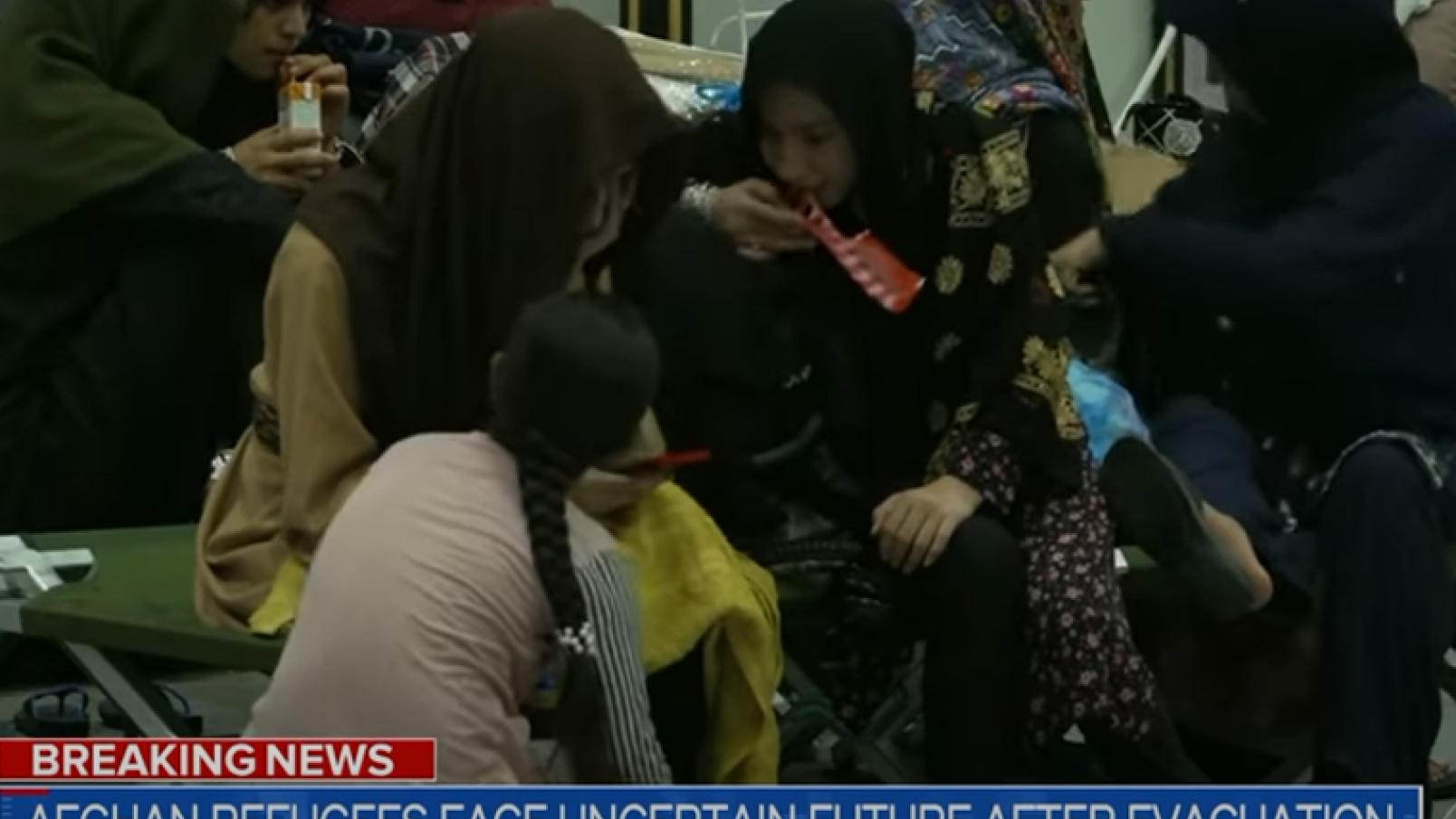 There’s no point in withdrawing from Afghanistan if we’re going to bring this stuff to America.

I’ve been saying this for a while now. The only people who should have been evacuated from Afghanistan are U.S .citizens. And the dogs, it goes without saying.

But Biden’s people insisted on evacuating a huge number of Afghans. They’re apparently not even the official Afghan visa recipients who had been working for the United States. A whole bunch of them have been flagged for terror ties. And others are engaged in trafficking young girls.

U.S. officials are looking into reports that in the frantic evacuation of desperate Afghans from Kabul, older men were admitted together with young girls they claimed as “brides” or otherwise sexually abused.

U.S. officials at intake centers in the United Arab Emirates and in Wisconsin have identified numerous incidents in which Afghan girls have been presented to authorities as the “wives” of much older men. While child marriage is not uncommon in Afghanistan, the U.S. has strict policies against human trafficking that include prosecutions for offenders and sanctions for countries that don’t crack down on it.

A few years ago I had an article about the scale of the Islamic child marriage problem in the American immigration system.

Between 2007 and 2017, there were 8,686 petitions for spousal or fiancé visas for or on behalf of minors. And during that same period, 4,749 minors on spousal or fiancé visas got green cards. Even while the United States was claiming to fight sex trafficking in underage girls, our own immigration system was rewarding and promoting the sexual trafficking of girls as young as thirteen.

While the Senate report reveals that is the leading child marriage trafficking country, with 3,297 spousal visa petitions filed and 3,123 approved is Mexico, most of the countries in the top 10 list are Muslim.

So business as usual.

Afghanistan was scoring high in the child marriage races even back then.

Not surprising when you consider that…

This is not something we were ever going to fix.

But the great evacuation of the people who bribed someone to get on a plane while Americans were left behind is proving unpleasant.

One internal document seen by The Associated Press says the State Department has sought “urgent guidance” from other agencies after purported child brides were brought to Fort McCoy in Wisconsin. Another document, described to the AP by officials familiar with it, says Afghan girls at a transit site in Abu Dhabi have alleged they have been raped by older men they were forced to marry in order to escape Afghanistan.

At the same time, U.S. officials in the United Arab Emirates have expressed similar concerns, sending a diplomatic cable to Washington warning that some young Afghan girls had been forced into marriages in order to escape Afghanistan after the Taliban takeover.

Officials familiar with the cable say it describes allegations by several girls at the Humanitarian City in Abu Dhabi that they had been sexually assaulted by their “husbands” and seeks guidance on how to handle such cases.

Guidance? The Koran permits it. And among devout Muslims, that’s the only law that counts.