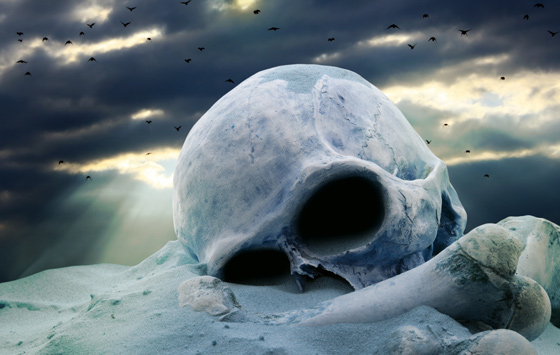 New World Order globalists are seeking to eliminate 90% of the human race, in a bid to protect the environment. Those for mass death have convinced themselves that the only way to save the planet is to eliminate “useless eaters.”

The NWO and globalization has been happening for some time now, but there always appears to be a moment when the agenda’s rhetoric is ramped up to disturbing levels, complete with apocalyptic death. Even leftist totalitarian comedians like Bill Maher have joined in the horrific agenda pushing by saying he just wants people to, “Not have kids, DIE, and stay dead.” Maher said humans hurt the environment, so the solution is for them to die. (Did Maher forget he’s a human?) “As he argued that humans hurt the environment, he concluded that it would be better for Earth for more people to ‘not have kids, die and stay dead,’” reports NewsBusters.org.

Leftists truly believe the planet will be destroyed if humans are allowed to survive much longer. Left-wing nut case Alexandria Ocasio-Cortez warns that planet Earth only has 12 more years before it will be destroyed by “climate change” — a completely fabricated junk science narrative invented by power-hungry Leftists who are almost universally illiterate in the realm of real science, reported Natural News.

There are far too many humans who believe that the slaughtering and killing off of billions of other humans is the answer to “climate change.” Because globalists truly believe humans are a threat to the planet, they have no qualms whatsoever about calling for the mass genocide of human beings around the world. After all, they are trying to “save the planet,” they tell themselves, which translates in their twisted and sociopathic minds, that the ends justify the means. (Did anyone just picture Adolf Hitler?)

Natural News further wrote that the global annihilation agenda is ramping up, and with it comes increased rhetoric. In fact, laws are now being pushed that will allow governments to efficiently dispose of billions of bodies by “recycling” them back into the food supply. (Soylent Green, anyone?)

In the state of Washington, for example, a new “human composting” bill has been passed by the state House and Senate. Once signed into law, it would allow human corpses to be liquefied and flushed into the sewer system. From there, “biosludge” is collected by every city in America — including Seattle — where it is dehydrated and trucked out to the rural farms in surrounding areas. There, it’s dumped on farm fields after being dishonestly labeled “free fertilizer” for farmers.

This is all explained in my jaw-dropping film “Biosludged,” available for free at Biosludged.com. (You can watch the film, or even download the raw video files and share the files on torrents if you wish.)

Effectively, what this means is that human corpses are going to be “recycled” back into the food supply in Washington. Soon, this will be authorized across America. It’s one of the necessary steps before the globalists unleash their “kill switch” biological weapon that’s designed to kill off at least 90% of the global population. Once that is accomplished, human labor will be replaced by automated robots, while armed Google “suicide drones” seek out and exterminate the human survivors living in the rubble of cities like Seattle.-Natural News

All governments of the world are on an unsustainable path, and rather than admit failure and give up their power and money they’ve stolen from the masses, genocide becomes their answer. After all, those who are not living don’t need the government handouts. How else does anyone possible think universal basic income could ever work?

No one knows when the time will come that governments will decide to finally commit mass murder on a scale never before experienced, but there is evidence and even talk from globalists that it’s the only solution and at some point, could occur.