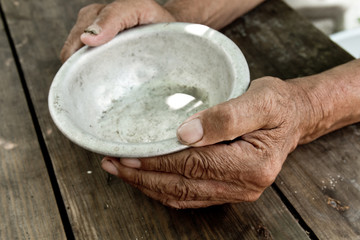 Those plotting the totalitarian takeover of humanity are now warning what’s coming next. A United Nations chief is coming out and saying that we will be facing a “famine of biblical proportion” due to the reaction to the COVID-19 scamdemic hoax.

“All the data we have, including WFP forecast that the number of people experiencing malnutrition will grow by 80 percent by the end of the year, … points to a real disaster,” David Beasley, Executive Director of the UN World Food Program (WFP), said. The UN is forgetting that Americans, although largely obese, are also malnourished thanks to the addiction to food-like products manufactured to make people sick.

The Government’s Food Subsidies Are Making Americans Fat and Sick

“Obviously social tensions will grow, migration will increase, conflicts will escalate and hunger will likely affect those who didn’t experience it before,” the NWO official told the Russian news agency TASS. This all a broadcast of what they plan for us. We will be starved until we accept the NWO and become slaves. Then we’ll be allowed a pittance when it comes to their new digital dollar and fake food.

Self-reliance is the solution here. If you cannot grow your own food and harvest it, you’re going to be facing a difficult time. They need you to depend on the system for everything.

This year some 138 million people in 83 countries rely on WFP (The UN’s World Food Program) for their food supply, the NWO clown said. For many of them the UN humanitarian body is the “last hope for survival.” In South Sudan, 1.6 million people were added this year to the 5 million already requiring assistance. In Yemen, the WFP feeds 13 million. That’s a lot of people who are already dependent on the system.

Just preparing and storing food will only et you so far. You should learn how to actually survive, not just prepare. We have got to stop advocating dependence and slavery in exchange for personal responsibility and freedom.

This is up to us. The slave system we have been living under will collapse. We have a choice to make. It’s up to us to either acquiesce to the new slave system or to stop participating in our slavery altogether. When this crumbles, it’s imperative that we replace this system with nothing. When you cut out cancer, what do replace it with? Nothing or this cycle of slavery will continue.

Take this time to learn self-reliance. Don’t allow fear to consume you. Stay alert and vigilant, but make sure you aren’t playing into their hands by succumbing to fear.