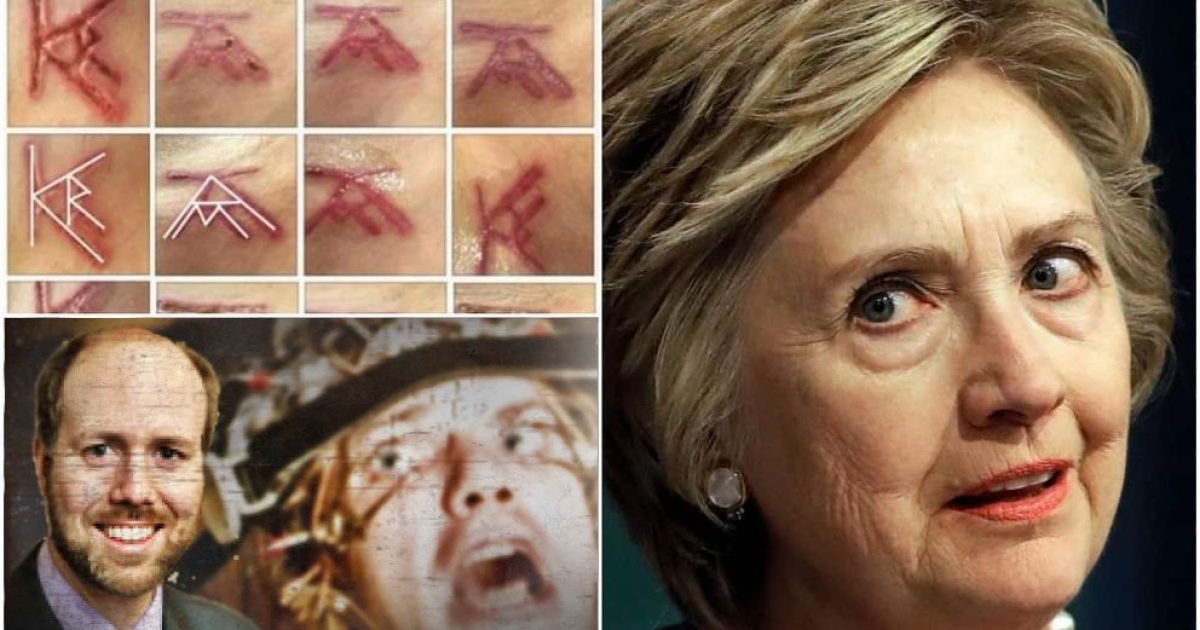 The NXIVM sex-cult has ensnared high profile people in the crimes that have been discovered, and even as Hillary Clinton and her campaign are being looked at over contributions by one of its members, a doctor who ran twisted human experiments for the group claims that he is so broke that he had to borrow $60,000 from family and friends just “to survive.” He’s also filed bankruptcy.

Dr. Brandon Porter, 44, who is alleged to have conducted “fright studies on cult members,” still has ties to many of the rich NXIVM leaders, but that hasn’t kept him from being $170,469 in debt and holding his hand out to friends and family and filing bankruptcy.

He is living rent-free in a 3,000-square-foot home in the town of Halfmoon outside Albany, according to his March 30 bankruptcy filing in federal court.

The house is owned by a corporation called Percenceo Inc., whose founding president was Seagram’s heiress Sara Bronfman. Public records show that Sara’s sister, Clare Bronfman — who pled guilty to conspiracy to conceal and harbor an illegal alien for financial gain and fraudulent use of ID in Brooklyn federal court Friday — has used the address.

The Bronfman sisters poured their fortune into Nxivm, founded by Keith Raniere as a purported self-improvement program. A secret master-slave group within the organization called DOS, in which women were branded with Raniere’s initials and forced to have sex with him, led to the arrest of Raniere, Clare Bronfman and others last year.

Exactly what were those experiments? Glad you asked. FrankReport.com reports:

As first reported in Frank Report, Dr. Porter showed human females, who were connected to an EEG machine, videos of murders and dismemberment of women by machetes [snuff videos]; an African American being stomped by a Nazi; a man being forced to eat a portion of his own brain; gang rape; and other items sure to startle and be revolting to NXIVM women.

Dr. Porter conducted his experiments for The Ethical Science Foundation, founded by Clare Bronfman, who also paid for the experiments.

Porter also is under an investigation by state health authorities for conducting human experiments that were unauthorized.

Porter, the doctor for Nxivm’s community, is under probe by state health authorities for allegedly conducting unsanctioned human experiments.

The state’s medical oversight board accused him in April 2018 of showing “human subjects an actual video of the horrific and brutal murders and dismemberment of four women by machetes; and violent film clips, including a male African American being viciously stomped by a Nazi; a conscious male being forced to eat a portion of his own brain matter; and a graphic gang rape.”

The DOH charges against Porter are still pending.

While the good doctor pulled in a handsome $170,675 in 2017 as a salary, he is just now down to $2,340 per month selling home insulation, according to his bankruptcy filing.

Of course, Doctor Porter doesn’t want to accept his responsibility for his actions. The Post reported that when they sought a comment from him, a woman at the Halfmoon home, who didn’t identify herself said, “The media has ruined our lives. We have been blocked from everything. Please give us our privacy. You can see this is private property.”

Right, and Doctor Porter didn’t do that to himself? Am I understanding this correctly?

Dr. Porter is married to Jane Jeffries, another deep Kool-aid drinking cult member. It was reported elsewhere that Dr. Porter has fled the Albany area with the couple’s children. This is not true. Dr. Porter is in hiding at his boss’s home. Clare Bronfman, the interim leader of NXIVM, made her home at 91 Button in Waterford New York available for Dr. Porter to hide out in.

The temporary leader of NXIVM, Cruella Bronfman, has relocated to New York City to work on NXIVM leader Keith Raniere’s case. She is reportedly working with attorneys to come up with a bail package for Raniere.

Although it has not been touched on yet, it’s not just the adult women who were unwillingly subjected to human fright experiments that were let down by New York State. That’s because Dr. Porter’s children have also have been subjected to a cruel and unauthorized human experiment. This one took place in the controversial and illegal Rainbow Cultural Garden operation that was another product of Raniere’s twisted mind.

Daniela was imprisoned for 18 months in a room for not joining Raniere’s sex cult.

These are not normal people. But, then again, as Raniere’s attorney, Marc Agnifilio, asks, “What’s normal?”

And this is tied to the Hillary Clinton campaign. Should that be a surprise at all considering the wicked history of both Bill and Hillary? I think not.

Let this be a lesson that if you want to engage in this kind of behavior, this could be your end, and worse.