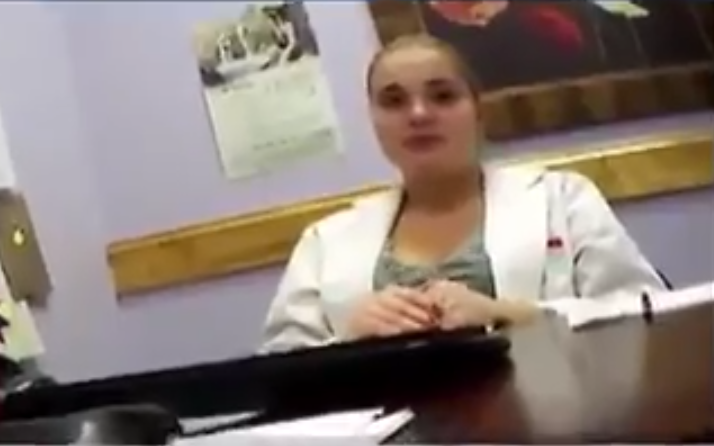 As Congress began looking at legislation to protect newborns from murder after birth (infanticide), a 2013 Live Action video resurfaced in which a New York abortion worker told a woman to drown her baby in a toilet or put it in a bag if it is born alive.

Live Action founder Lila Rose tweeted out the video with the gist of the discovery:

“Our investigators exposed this New York abortion facility, which says they will put a born-alive baby in a jar of “solution” to drown her. They also say to “flush” the baby down the toilet, or “put it in a bag” if she’s born alive.

Our investigators exposed this New York abortion facility, which says they will put a born-alive baby in a jar of "solution" to drown her. They also say to "flush" the baby down the toilet, or "put it in a bag" if she's born alive. pic.twitter.com/GYxdpyEbDK

The undercover investigation involved an investigator seeking an abortion at 23 weeks of pregnancy at Emily’s Women’s Center in the Bronx. At the time, abortions were legal for any reason up to 24 weeks in New York. In January, however, Gov. Andrew Cuomo signed a new law allowing unborn babies to be aborted for basically any reason up to birth.

In the video, the abortion clinic worker explained that an abortion at 23 weeks – about six months – would be a two-day procedure. Then woman asked what would happen if, while at home after the first day, she would give birth to a living baby.

“If it comes out, then it comes out,” the worker said. “Flush it … or put it in a bag” and bring it back to the abortion facility.

Asked how common 23-week abortions are, the worker said they see women at her stage “every day.”

The worker also told the woman not to call a hospital if something went wrong. At another point, the worker said the reason is because the hospital could force her to give birth to a live baby.

Of course, Congress isn’t going to pass anything like this with pro-baby murderers in charge of the House in spite of President Donald Trump calling for such legislation during his State of the Union speech following the ghoulish celebrating of the despicable “law” New York passed to allow for infanticide and which will only line the pockets of these murderers even more through the trafficking of those babies’ body parts. That same week, a Virginia Democrat pushed for legislation to murder babies during delivery. But let such legislation be applied to abortion supporters, and I’ll bet we’ll get an entirely different response.

Understand, Trump didn’t call for the protection of all babies. He merely did political grandstanding for late-term abortions. He has gone right along with unconstitutionally funding Planned Parenthood with your tax dollars for his entire time in office on several occasions. All the blood of those babies who have been murdered by Planned Parenthood and all the crimes of body parts trafficking are on his hands and that of the Congress.

U.S. Sen. Ben Sasse, the Nebraska Republican who is the sponsor of the Born-Alive Abortion Survivors Protection Act, told LifeNews that he appreciates the upcoming vote.

“A lot of Senators spend a lot of time telling people how they fight for the little guy. Well, here’s the chance for them to prove it,” Sasse said. “We’re going to have a vote on the Born-Alive Abortion Survivors Protection Act and everyone is going to have to put their name by their vote.

“It’s cowardly for a politician to say they’ll fight for the little guy but only if the little guy isn’t an actual 7-pound baby who’s fighting for life. It shouldn’t be hard to protect newborn babies – let’s pass this legislation,” he said.

I agree. No law needs to be passed to save American children. It is enshrined in our founding document, the Declaration of Independence which reads in part:

We hold these truths to be self-evident, that all men are created equal, that they are endowed by their Creator with certain unalienable Rights, that among these are Life, Liberty and the pursuit of Happiness. — That to secure these rights, Governments are instituted among Men, deriving their just powers from the consent of the governed, — That whenever any Form of Government becomes destructive of these ends, it is the Right of the People to alter or to abolish it, and to institute new Government, laying its foundation on such principles and organizing its powers in such form, as to them shall seem most likely to effect their Safety and Happiness.

Life is the very first right afforded to human beings by their Creator and government is to “secure these rights.”

When government “becomes destructive of these ends, it is the Right of the People to alter or to abolish it, and to institute new Government, laying its foundation on such principles and organizing its powers in such form, as to them shall seem most likely to effect their Safety and Happiness.”

I have a question, have we not gone well past the point our founders declared in the Declaration of Independence? Should we not be seeking to abolish the federal government and institute new Government with its foundations and principles based on the unchanging Word of God, which was the foundation of American government long before the Constitution?

Indeed, I think it’s time to give that some serious consideration.

For more on the abortion agenda, I highly recommend Corey Lynn’s excellent investigation below.

The Abortion Agenda: Its Benefactors & What You Don’t Know