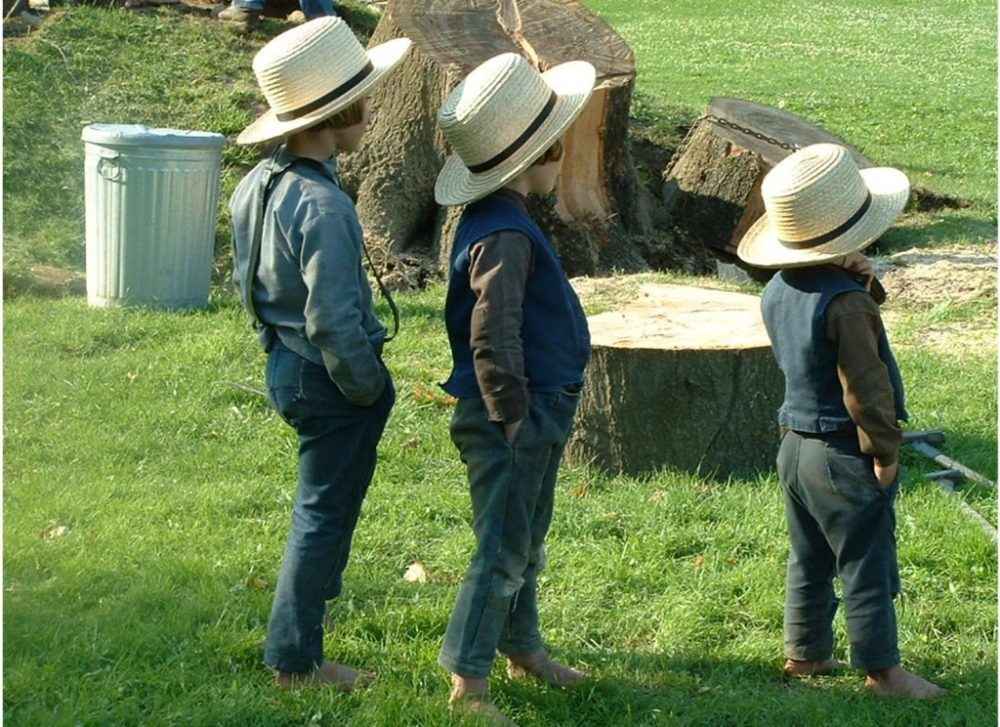 The petition by an Amish father to the New York State Supreme Court to allow his family to practice their faith and allow his children to attend a private Amish school has been denied.

Jonas Stoltzfus has three children, all unvaccinated, who attend the Cranberry Marsh school in Romulus, NY, a town between Rochester and Syracuse.

Stoltzfus says he was informed that his three children will be blocked from attending their Cranberry Marsh School, a traditional Amish school in this Seneca County settlement of six church districts. All 24 students at the school are Amish.

Stoltzfus’ case was based on clear religious arguments:

Stoltzfus’ opposition to the law was based on his belief that “God made his children ‘right and good’ and to vaccinate his children is to lose faith in God,” the lawsuit states.

It added he believes “to rely on a manmade solution would be an act of disbelief in the power of our God to heal and protect us.”

Supreme Court Justice Daniel Doyle ruled that the state has the authority to require vaccinations to protect public health, citing prior appeals court decisions. He also rejected the lawsuit claims that the new law should be halted because it violated religious rights’ protections in the state constitution.

“Put another way, the free exercise clause of the New York Constitution would yield to a valid exercise of the state’s police powers,” Doyle wrote in the order on Tuesday.

Kevin Barry of First Freedoms, Attorney for Mr. Stoltzfus, says that there will be no more appeals in the case.

Barry says that the state of New York has threatened to shut down the Cranberry Marsh School that the Stoltzfus children attend, though the state has taken no action yet.

WSKG has reported that, “Under the rules barring religious exemptions to vaccines, schools can be fined up to $2,000 per day for each student who is out of compliance.”

The First Freedom’s web site notes the unusual choice that the judge made in writing his opinion.

Judge Daniel Doyle’s bare-bones, elementary opinion is frustrating and disheartening (PDF below). The glaring absence of any analysis of the plaintiff’s strongly-held religious beliefs shows an open and callous disrespect for religious freedom. Shockingly, the Judge’s order does not even mention that the Plaintiff’s family is Amish, completely ignoring that the Amish are a religious sect which fled persecution in Europe seeking religious liberty in America which they enjoyed in NY for 242 years (1777-2019).

There is currently a bill in the NY Legislature to add the HPV vaccine, for a sexually transmitted virus, to the mandatory school schedule.

The American Academy of Pediatrics has now joined the vaccine industry and announced that their number one priority is the removal of the religious vaccine exemption from every state in the US. Participation in the abortion industry is now required for full participation in public life, including Christian education, in five us states. New York, California, West Virginia, Mississippi, and soon Maine will require children to be vaccinated with aborted fetal cell line vaccines to be educated in both public and private Christian schools, and legislation is being presented to do so in more than a dozen states.