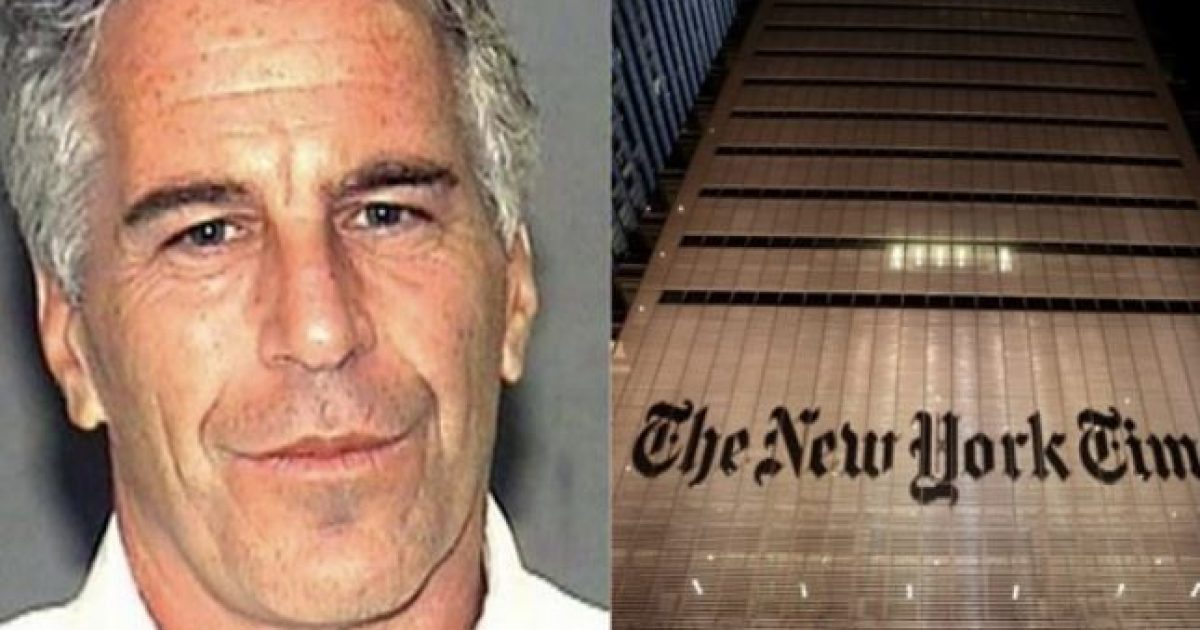 By HJIC at ILLICIT INFO – OPINION

(New York) Almost exactly a year ago, on Aug. 16, 2018, I visited Jeffrey Epstein at his cavernous Manhattan mansion.

The overriding impression I took away from our roughly 90-minute conversation was that Mr. Epstein knew an astonishing number of rich, famous and powerful people, and had photos to prove it. He also claimed to know a great deal about these people, some of it potentially damaging or embarrassing, including details about their supposed sexual proclivities and recreational drug use.

So one of my first thoughts on hearing of Mr. Epstein’s suicide was that many prominent men and at least a few women must be breathing sighs of relief that whatever Mr. Epstein knew, he has taken it with him.

Opinion, Speculation & Analysis By Elder Patriot – According to the writer, James B. Stewart:

Mr. Epstein then meandered into a discussion of other prominent names in technology circles. He said people in Silicon Valley had a reputation for being geeky workaholics, but that was far from the truth: They were hedonistic and regular users of recreational drugs. He said he’d witnessed prominent tech figures taking drugs and arranging for sex …

Stewart also seemed to suggest that Epstein was comfortable with himself and his past, which is germane to his state of mind:

During our conversation, Mr. Epstein made no secret of his own scandalous past — he’d pleaded guilty to state charges of soliciting prostitution from underage girls and was a registered sex offender — and acknowledged to me that he was a pariah in polite society. At the same time, he seemed unapologetic. His very notoriety, he said, was what made so many people willing to confide in him.

More recently, in the wake of his arrest, an Epstein associate who had seen him “on several occasions during his incarceration” said he appeared to be in good spirits. [Tweet is the opinion of the author, not Illicit Info]

Daily Mail: Jeffrey Epstein told guards and inmates that someone tried to kill him weeks before he hanged himself https://t.co/70CMuos4Vr

(U.K. Daily Mail) Jeffrey Epstein told prison guards and fellow inmates that he believed someone had tried to kill him in the weeks before his death, a source has revealed to DailyMail.com

‘There was no indication that he might try to take his own life,’ the source told DailyMail.com

Whatever the facts were prior to his alleged suicide, we may never know the truth. So, for anyone, especially a U.S. Congresswoman, who pushed the “Russia Collusion Hoax for years & still refuses to accept Mueller’s findings of no collusion) to call anyone a conspiracy theorist at this time is grossly irresponsible.

The world flipped their, you know what, when Trump retweeted this Tweet by Terrance Williams:

According to Sarnoff, the fact is former President Clinton was a passenger on at least 27 flights on Epstein’s private plane… known as the Lolita Express.

Sarnoff has been investigating for more than a decade: “I know from the pilot logs. And these were pilot logs that were written by different pilots at different times, that Clinton went, he was a guest of Epstein twenty-seven times… [Tweet is opinion of it’s author, not that of Illicit Info. We were unable to verify the age of the female in the photo at the time of posting]

…Almost every time that Clinton’s name is on the pilot log, there are underage girls.” Sarnoff stated.

As for Clinton’s alleged history in “cleaning up” these matters before they become impossible for the media to ignore… well you be the judge about the hundred or so of his associates who can no longer speak for themselves.

We found the large number of his associates who wound up prematurely dead to be… odd.

Editor’s Note: The NYT article did not mention the Clinton’s directly, the connection is our speculation which is inspired by Sarnoff’s claim that Bill flew on Epstein’s plane 27 times.