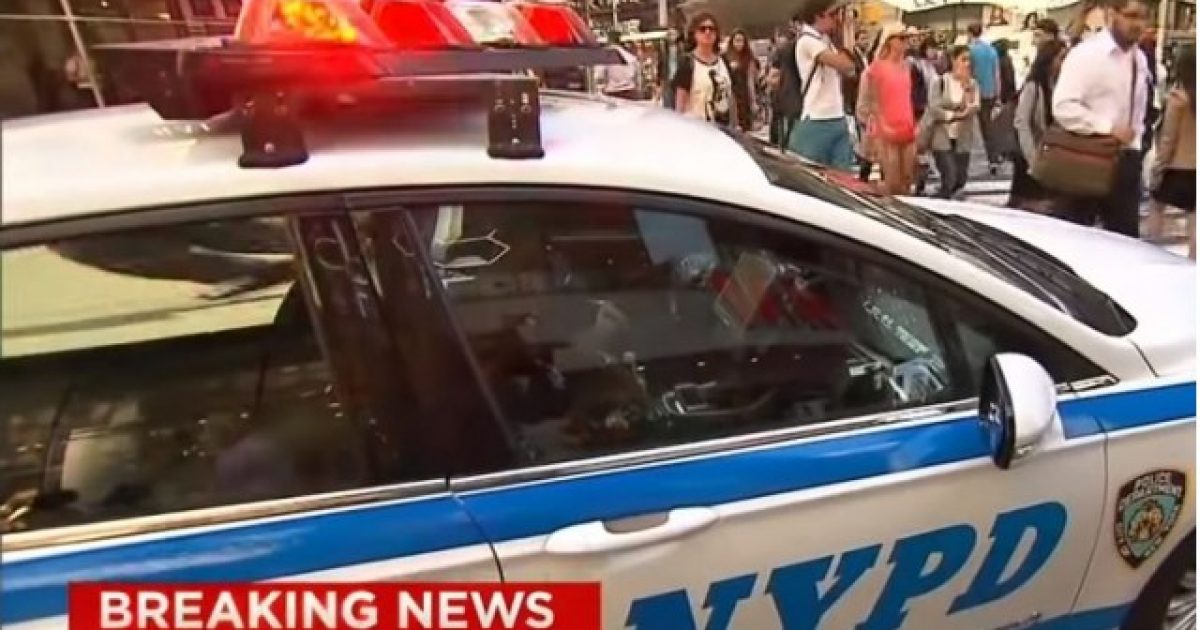 (NationalSentinel) Fed up with criticism from New York Mayor Bill DeBlasio and a perceived lack of support from Police Commissioner James O’Neill, the union representing the NYPD has called on Democratic Gov. Andrew Cuomo to fire both of them.

As reported by The Hill, delegates of the Police Benevolent Association, nearly 400 strong, registered a unanimous “no confidence” vote in their leadership, though it’s unclear if a Democrat governor would remove a Democrat mayor in the middle of a 2020 presidential campaign. That said, under New York law, Cuomo has the authority to replace both officials.

No doubt the resolution was likely spawned by the firing of former NYPD officer Daniel Pantaleo, who was accused of killing Eric Garner in 2014 as the latter attempted to resist arrest for selling single cigarettes on the street, in violation of city codes.

Tensions with the NYPD were already high but they rose even further after it was revealed that Pantaleo wouldn’t be charged but was fired.

Nevertheless, an administrative law judge recommended that he be dismissed from the police force on Aug. 2, a recommendation that Commissioner O’Neill followed. Pantaleo was fired Aug. 19.

The police union blasted O’Neill for his action.

“Police Commissioner O’Neill has made his choice: he has chosen politics and his own self-interest over the police officers he claims to lead,” PBA President Patrick J. Lynch said in the statement, which was posted on Twitter.

“He has chosen to cringe in fear of the anti-police extremists, rather than standing up for New Yorkers who want a functioning police department, with cops who are empowered to protect them and their families,” Lynch continued.

“With this decision, Commissioner O’Neill has opened the door for politicians to dictate the outcome of every single NYPD disciplinary proceeding, without any regard for the facts of the case or police officers’ due process rights,” he said.

“The damage is already done. The NYPD will remain rudderless and frozen, and Commissioner O’Neill will never be able to bring it back. Now it is time for every PO in this city to make their own choice.”

"The damage is already done. The NYPD will remain rudderless and frozen, and Commissioner O’Neill will never be able to bring it back. Now it is time for every PO in this city to make their own choice." pic.twitter.com/TAsNyXQG3J

“For years, Mayor de Blasio has demonized police officers and undermined our efforts to protect our city,” he said after the vote.

Meanwhile, violence against NYPD officers as well as insubordination and outright disregard for them have all been increasing.

In fact, the New York Post caught on to a spike in injuries to NYPD officers in recent months, to go along with a series of water bucket attacks.

“Our anti-police lawmakers and failed NYPD leaders have emboldened criminals to assault cops and resist arrest, so that even the most basic jobs turn are turning into physical confrontations,” the PBA said in a tweet earlier this week.

“Our anti-police lawmakers and failed NYPD leaders have emboldened criminals to assault cops and resist arrest, so that even the most basic jobs turn are turning into physical confrontations.”

his article originally appeared at The National Sentinel and was republished with permission.