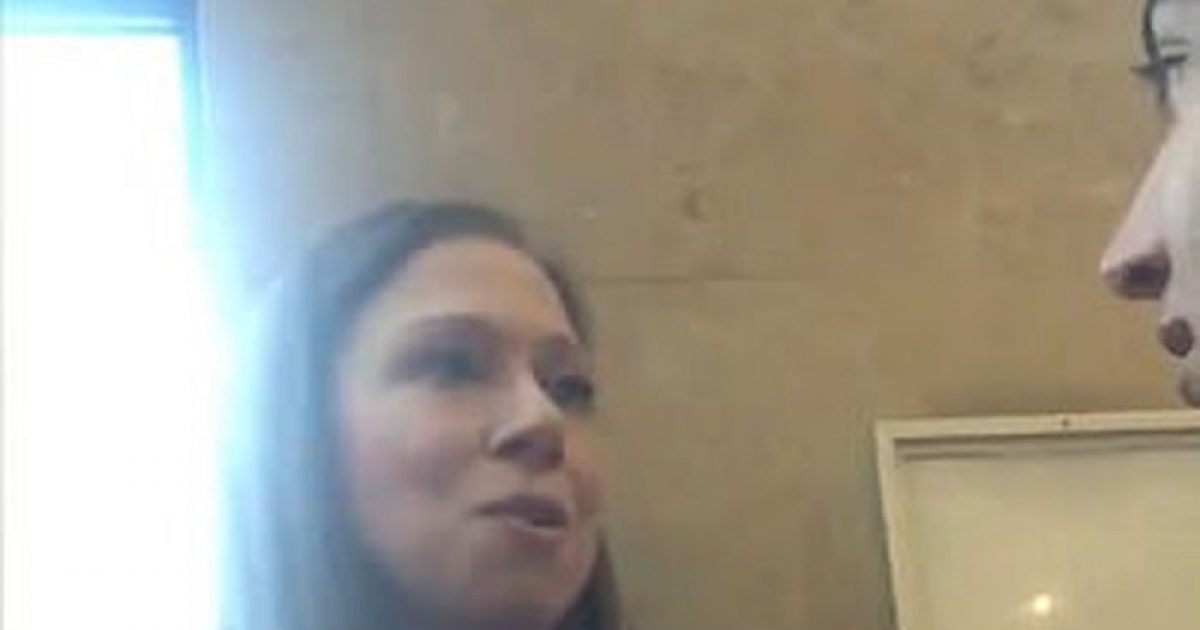 Call out Islamic antisemitism, and you’ll be responsible if some madman massacres Muslims halfway around the world. The endgame here, as always, is to stigmatize and demonize even the slightest, mildest critical word about Islam or about any Muslim individual or group. The result will be to make it absolutely impossible to call out Islamic antisemitism or to enunciate any opposition to jihad terror or Sharia oppression.

These people are not intellectually consistent. They assume here that any criticism is tantamount to incitement to violence. Will they, therefore, stop calling me and other foes of jihad terror and Sharia oppression “bigots” and “Islamophobes,” so as to avoid inciting the increasingly unhinged Left and jihadis to violence? Not on your life.

This is NUTS. Chelsea Clinton simply called out @IlhanMN’s anti-Semitism and is now being attacked by leftists over “islamophobia” and linking her to the New Zealand massacre.https://t.co/TyzUxgf36M

“Bizarre moment Chelsea Clinton is berated by Muslim NYU students who blame HER for New Zealand mosques attack because she ‘incited an Islamophobic mob’ against Rep Ilhan Omar,” by Keith Griffith, Dailymail.com, March 16, 2019:

Muslim students have berated Chelsea Clinton at a vigil for the victims of the New Zealand mosques massacre, saying she is to blame for the attack.

Clinton, who is pregnant with her third child, was attending the vigil at New York University on Friday when senior Leen Dweik began castigating her in an astonishing moment caught on video.

‘This right here is the result of a massacre stoked by people like you and the words that you put out into the world,’ says Dweik, gesturing to the vigil for the 49 who were killed in Christchurch when a white nationalist shooter stormed two mosques.

‘And I want you to know that and I want you to feel that deeply – 49 people died because of the rhetoric you put out there,’ Dweik continues, jabbing her index finger toward Clinton as other students snap their fingers in apparent approval of her words.

‘And I want you to know that and I want you to feel that deeply – 49 people died because of the rhetoric you put out there,’ Dweik continued, jabbing her index finger toward Clinton.

‘I’m so sorry you feel that way,’ Clinton responds, only to provoke more ire from the crowd.

‘What does “I’m sorry you feel that way” mean? What does that mean?’ an unseen male is heard shouting from the crowd.

According to NYU student Rose Asaf, who posted the video on Twitter, students at the vigil were angry about Clinton’s accusation last month that Rep Ilhan Omar, a Minnesota Democrat, used ‘anti-Semitic language and tropes’ while criticizing Israel.

Omar came under heavy criticism within her own party for her remarks, in which she suggested that money plays a role in U.S. foreign policy toward Israel.

Clinton was one of many who condemned Omar’s remarks, writing in a tweet: ‘We should expect all elected officials, regardless of party, and all public figures to not traffic in anti-Semitism.’

Asaf blasted Clinton for her criticism of Omar, saying that the former first daughter had incited a ‘mob’ against the Muslim congresswoman.

‘People haven’t forgotten the Islamophobic mob she incited against @IlhanMN. There is no sense of responsibility,’ wrote Asaf, who identified herself as a ‘Jewish leftist’ in her Twitter profile.

Asaf has served in the NYU student senate as Senator at-Large for Marginalized Jewish Students, Student Activists, and Students With Mental Health Struggles, according to published reports.

Asaf wrote in a tweet that Dweik is a ‘bold a** palestinian muslim woman’ who ‘doesn’t have anything to apologize for.’