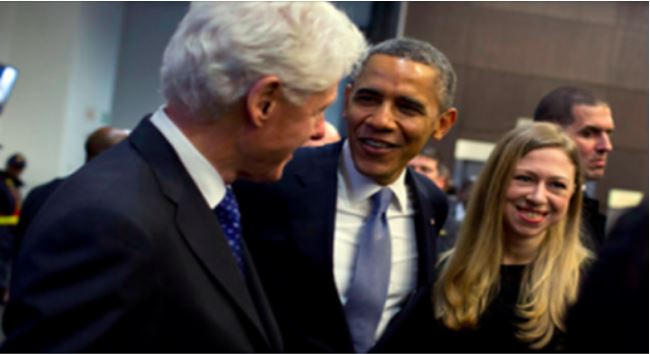 The mainstream mockingbird media has been nearly apoplectic over President Trump stripping former CIA director, criminal conspirator, and leaker John Brennan of his security clearance. The fact that he had it coming made no difference to the “take Trump down at all costs” media.

Brennan summed up the media’s talking points with a single tweet:

Brennan’s bloviating response was repeated ad nauseum by the mockingbirds in the media but was there any historical perspective to justify the outrage?

Ha. Just the opposite.

Brennan’s sole reason was that the truth didn’t fit the lie Obama’s National Security Adviser was pedling to absolve the administration of well-earned charges of malfeasance.

As it turns out this was standard operating procedure for the Obama administration. Speak up when you spot something amiss and you would be punished with the loss of your security clearance.

Last December we described the administration’s retaliationagainst Adam Lovinger who was a senior official with the Office of Net Assessment after he came forward to question sweetheart deals for politically connected outside contractors.

Over his twelve years at the ONA, Lovinger had developed a reputation as a highly respected national security analyst, receiving the highest possible rating each year he was there. In 2006 Lovinger received the highest career award for civil servants in Office of Secretary of Defense, the “Secretary of Defense Exceptional Civilian Service Award.”

Lovinger had shone light on sweetheart deals in the past but the sunlight he shined on one person in particular resulted in the lifting of his security clearance by Obama’s henchmen.

Lovinger had discovered in excess of $400,000 in payments to intelligence asset Stefan Halper and called it to the attention of administration officials.

That was a mistake.

For doing his job, Lovinger was stripped of his security clearance on May 1, 2017 by Obama-appointed holdovers.

Lovinger’s attorney Sean M. Bigley filed a complaint July 18 with the Pentagon’s senior ethics official, charging that Mr. Lovinger’s superiors misused the security clearance process to punish him. He said his client complained about excessive “sweetheart” deals for Mr. Halper and for a “best friend” of Chelsea Clinton.

In retrospect he had become a liability after stumbling on the questionable government contracts with Stefan Halper.

So as the media continues spewing outrage at every action President Trump takes, just ask yourself why they exhausted none of this outrage against Obama?

Oh, and tell Brennan to put a sock in it.