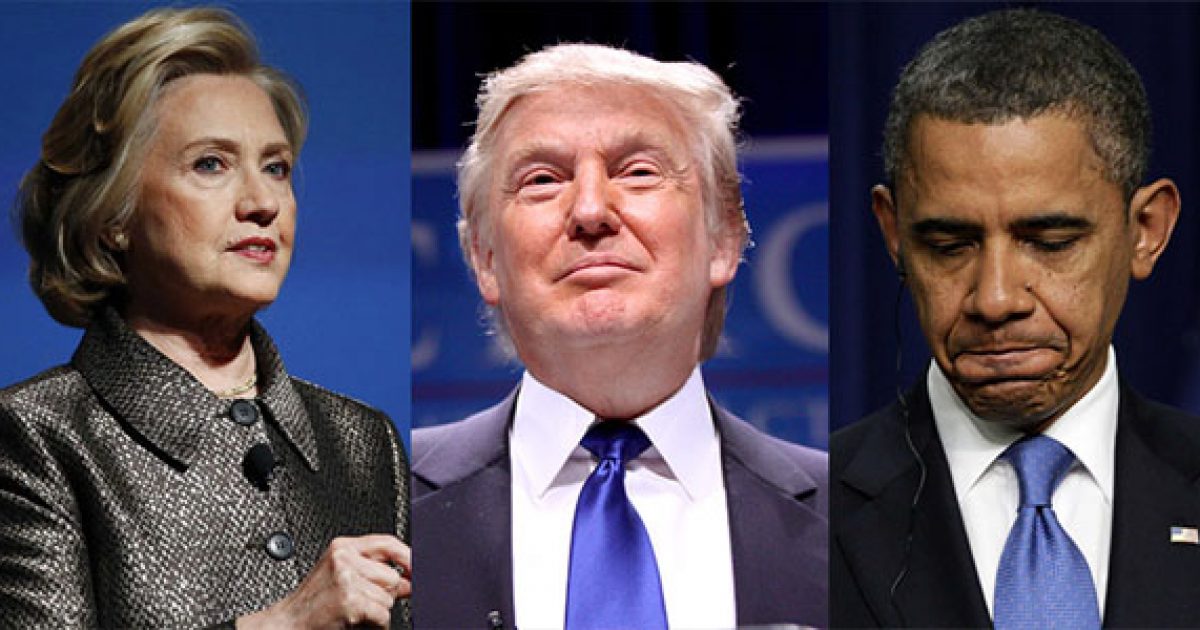 We have the same anti-American Socialists in Washington and their main media propaganda distributors upset over president Trump’s recent summit with Vladimir Putin over the fact that the president never confronted Putin over election interference during the last election. The same Socialists who tried their best to keep Trump from getting elected and continue to try to get him impeached after he won.

Of course, President Trump did not confront Putin over meddling in our elections in 2016, because he knows it was the Obama dictatorship, their chosen successor Hillary Clinton, and their massive web of individuals in power who are the ones behind it. A dead giveaway was when Obama announced he was going to use the DHS to oversee the elections. In reality, he was using the DHS to hack into state computer ballots in an attempt to manipulate votes to favor Clinton. This was evident when the state of Georgia sued the Federal government when they caught the DHS hacking their computer ballots. Florida governor Rick Scott sued the DHS to move forward with purging the state of ineligible voters. A racketeering lawsuit was filed by the Institute for American Democracy and Election Integrity claiming that in 11 states, a significant difference exists between the exit polls and actual vote totals. A significant shift from Bernie Sanders to Hillary Clinton was virtually impossible between Tuesday night and Wednesday morning in these 11 states.

After spending most of the Presidential campaign denying that voter fraud may be possible, Clinton was the first to come out with the possibility of Russian meddling in the election process by bringing it up in Hampton, Illinois on 9/16 where she accused Vladimir Putin of tampering with the elections to get Trump elected. After losing the general election, Clinton immediately pushed the Russian connection.

The most recent attempt to undermine the Trump, Putin summit by the Obama/Clinton cronies still in power came in the announcement by US Deputy Attorney General Rod Rosenstein of the indictment of 12 more Russians via the Bob Mueller investigation for interfering in the 2016 presidential elections, this just hours before the two were to meet.

The indictments are themselves meaningless since the accused Russians will never be questioned, much less prosecuted.

The bottom line is, whatever Russians, if any, actually were involved, they were because they were paid to do so by then President Obama, the DNC, and through the Clinton Foundation. We know this to be true due to the fact that the Clinton campaign and the DNC funded the research behind the Trump Russia dossier and spawned the Mueller investigation.

We are also aware that the main media will do everything in its power to discredit president Trump and propagandize the legitimacy of the Socialist Left. The media has been in the hip pocket of Socialist Leftists in power since Obama signed NDAA in 2012, making propaganda legal in the US.

Obama began using his mass spider web of political activists against Trump and his supporters during the 2016 primaries attacking those who came to see Donald Trump at his campaign rallies and continues upping the ante of anti-Trump fanaticism today by organizing massive protests, riots, and public discord against anything Trump and his supporters.

The Socialist Leftists both in power and on the street let the cat out of the bag when they admitted to being Socialists and wanting to transform the US into a Socialist country. So, basically what we have today is influence and effort by former Dictator Obama to reclaim his Nazi-inspired Socialist empire that he thought he would never lose because he, Clinton, and the DNC had the elections rigged for his chosen successor Hillary Clinton.

Thus, all those in office in DC and their supporters who fight president Trump every step of the way are the Socialist anti-American factions who wish to destroy the USA as an independent free constitutional nation. They burn our flag and tear up the streets with violence, they fueled the NFL to get rid of our National Anthem, they are taking away our history by taking down statues and monuments, they want the UN to lead our country, they wish for us to have no borders and cease to be the US of A. These anti-Americans want to create a nation under Socialism that would make everyone who has ever fought and died in the US military for freedom, justice, and liberty null and void, signifying the actual defeat of the US at the hands of Social insurgents within their own government.