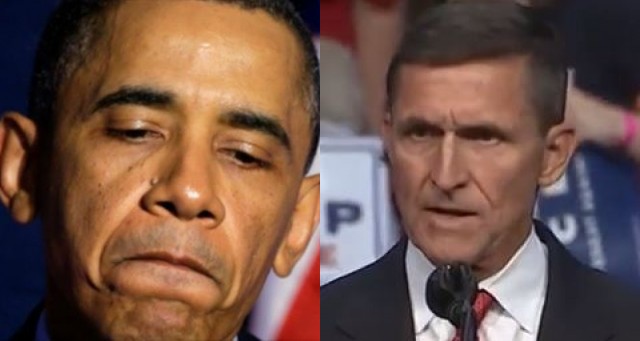 “These agents specifically schemed and planned with each other how to not tip him off, that he was even the person being investigated,” lawyer Sidney Powell told Fox News’ “Sunday Morning Futures,” citing evidence that FBI agents took a casual approach with Flynn and did not tell him he was under investigation and that it would be a federal crime to lie.

“So they kept him relaxed and unguarded deliberately as part of their effort to set him up and frame him,” Powell said.

According to once-secret testimony that was released last week, Obama revealed during an Oval Office meeting a few weeks before the interview that he knew about Flynn’s phone call with Russian Ambassador Sergey Kislyak.

Obama “specified that he did not want any additional information on the matter, but was seeking information on whether the White House should be treating Flynn any differently, given the information.”

“The whole thing was orchestrated and set up within the FBI, [former Director of National Intelligence James] Clapper, [Former CIA Director John] Brennan, and in the Oval Office meeting that day with President Obama,” Powell said.

Asked if she feels like the scandal goes all the way to the top — to Obama himself — she said, “Absolutely.”

The federal judge overseeing the case still has to sign off on the Justice Department’s decision to withdraw from the case, but Powell said she thinks that will happen and likely this week.