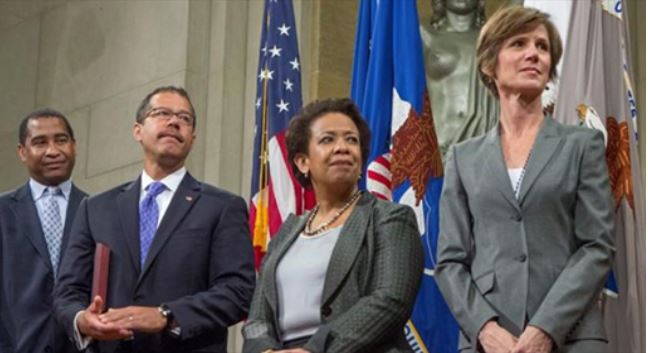 Steven Ahle| Opinion| According to recent releases of documents, we have found out that Sally Yates had pushed the idea that Gen Michael Flynn had violated the Logan Act because he had a conversation with Russian Ambassador Sergey Kislyak.

This conversation took place after President Trump won the election but before he actually took office.

That’s like trying to sort out the fly crap and pepper. Of course a new administration will start to become familiar with their counterparts.

Why would you wait until inauguration day? Every new administration does the same thing. But the Deep State in the FBI went full steam ahead with the Logan Act which passed in 1799.

Only two people have been charged with violating the act resulting in no convictions.

Nancy Pelosi likely violated the act when she met with Bashir Aswsad in Syria and came back to the United States singing his praises. John Kerry seemingly violated the act several times by meeting with top Iranian officials during the Trump administration.

As we wrote in Spygate in 2018: The dispute over Flynn’s truthfulness allowed Deputy Attorney General Sally Yates to express “concern” that Flynn could be blackmailed by Russia simply because he deviated from the transcript of the recorded call with Kislyak. She claimed to be concerned about potential violations of the Logan Act, a rarely enforced law that had been on the books since 1799 prohibiting Americans from corresponding with foreign governments “relating to controversies or disputes which do or shall exist” between the two countries.

So why did Yates float the Logan Act? Because as we just learned, that was the FBI’s plan B to incriminate Flynn if he didn’t “lie.” As Sean Davis wrote in The Federalist last night right after the documents were made unsealed:

In the handwritten FBI notes, the note-taker, whose identity was not made clear in the document production, wrote that an alternate goal is to “get [Flynn] to admit breaking the Logan Act,” a reference to a 1799 law restricting communications between private citizens and foreign governments.

The argument that the obscure Logan Act was violated was also echoed in the media.

Accusations that Flynn was a traitor to his country who violated the 1799 law gained steam following the criminal leak of top-secret information to Washington Post columnist David Ignatius. Ignatius’ sources suggested the routine conversation between a top incoming White House adviser and his foreign counterparts might be a Logan Act violation. As absurd as the suggestion was, Ignatius dutifully parroted it.