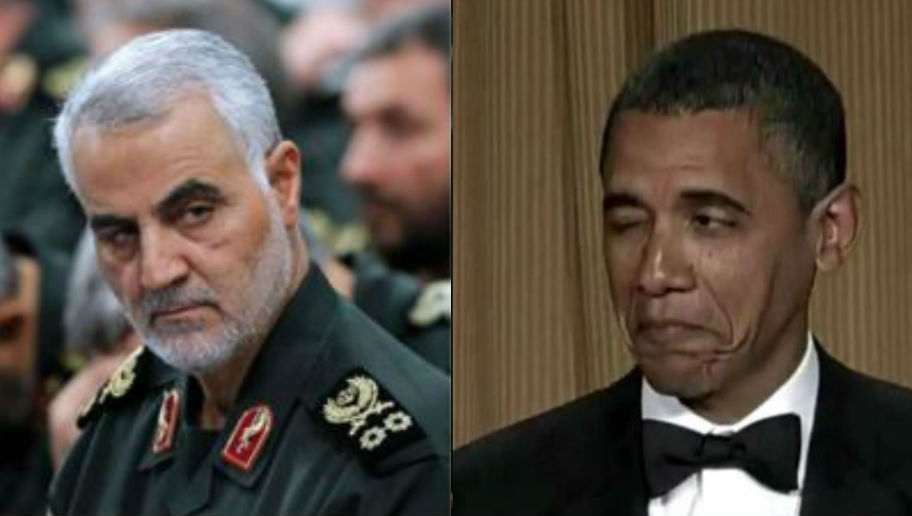 Aid and comfort to the enemy

It has come to light that both the Bush and Obama administrations purposely allowed Iranian terrorist leader, General Soleimani, to terrorize the Middle East, killing hundreds of American troops. We also know, thanks to Kuwaiti intelligence, that in 2015 Obama warned Iran before Israel could follow through on its operation to take Soleimani out.

Knowing that the vicious psychopathic terrorist, General Soleimani and his blood-thirsty goons were operating in the Middle East, both of these presidents sent American troops to those areas to be killed. What kind of leader does that? What kind of leader would refuse to neutralize a powerful enemy before they sent American men and women into harm’s way? I’ll answer my own question: a cold-hearted, ruthless tool of the military-industrial complex and global corporate interests.

Well, these two former traitor Commanders in Chief aren’t alone; they have the backing of the globalist, anti-American establishment (AKA Deep State). Nancy Pelosi and her Democrat stooges in Washington are sending a clear message to Iran: We will tie Trump’s hands while you exact your revenge against the United States. Don’t worry, if you do that, we can blame it on Trump provoking you, and use it to win the election! Clearly Iran was listening when they attacked our military bases with rockets last night.

Reaching back to the Iraq war and the controversy over weapons of mass destruction, the media is trying to cleanse its anti-American message. They are “only” demanding proof Soleimani needed to be taken because they don’t want our nation provoked into a war based on a lie. But what was the lie? Even Dem Rep Slotkin admits Soleimani was a terrorist with thousands of deaths on his hands, many of them came home to America in flag-draped coffins. This is the SAME Soleimani who plotted to assassinate the Iraq Ambassador in Washington DC, in 2011.

Chuckie Todd pressed Sec. Pompeo to support his comment that America was safer after taking out Soleimani as if that was even a legitimate or rational question. These bobbleheads we see on the Comedy news channels are the same ones wondering how securing our borders and keeping out criminals really helps the nation. Todd’s question echoes the previous administration’s rationale for keeping Soleimani alive despite his history, “Is it worth the risk of escalating tensions with Iran?” I don’t know…what ARE American lives worth to the Deep State? Not much, obviously. Will there be retaliation? Obviously there was. Now it’s President Trump’s move and it won’t be pretty!

A Commander in Chief who understands

As a former Marine Officer, I consider the political and media attacks on President Trump an act of betrayal, betrayal of our fallen military heroes and their families who suffered at the hands of this Iranian monster. Unlike the turn-coat Commanders in Chief (Bush and Obama), President Trump is doing everything he can proactively to protect American troops and civilians in Middle East theaters of war before they can be attacked. What a novel idea!

The current faux outrage over killing Soleimani is tantamount to court martialing a military commander for softening up a target with air and artillery support before sending in the ground troops. I guess the commander was “risking retaliation” by reducing the enemy’s resistance. Our deployed troops deserve to have the enemy neutralized whenever possible!

The attempt to take over the American embassy in Baghdad was nothing less than Iran running a replay on the 1979 election-year hostage situation that tied up President Carter’s administration and cost him the White House. Maybe now we can understand why the Deep State is so upset their key player, Soleimani, was taken off the board before he could bog down President Trump in the same quagmire. Pelosi and Schumer are in a rage that Trump, once again, slipped the noose. So close, and it would only have cost a few more American lives; worth every drop of someone else’s blood, I’m sure!

When you hear our president being attacked over killing Soleimani, and Iran’s retaliation, remember why he did it, and who he did it for.