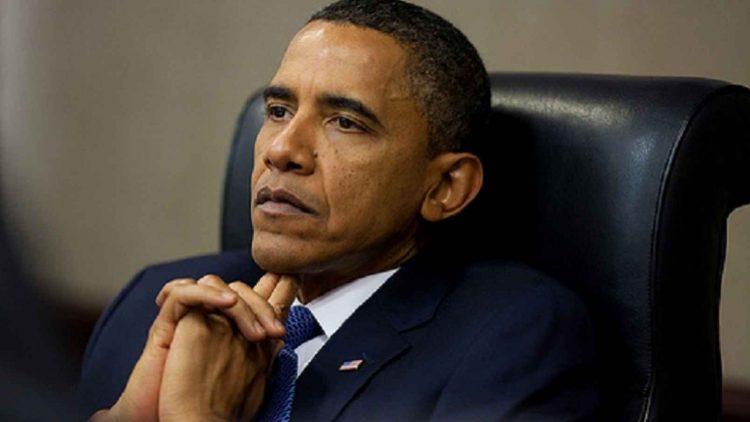 We know when Obamagate ended, but we don’t know when the policy of spying on Americans began. The tangled roots of the domestic surveillance of political opponents by the NSA predate the alarmism about Russia. Tracing them back into the fetid swamp takes us not toward Moscow, but to Tehran.

The first public revelation that the White House was spying on high level members of the political opposition came in 2015. Members of Congress had been eavesdropped on as part of an operation to sabotage Prime Minister Netanyahu’s campaign against the Iran Deal. The Israeli leader and his entire country had earlier been targeted by a massive spy campaign to stop Israel from taking out Iran’s nukes.

But the new wave of surveillance was no longer just against a potential Israeli attack on Iran, but was part of a political campaign to win the domestic argument to aid Iran and legalize its nuclear program.

The Wall Street Journal reported that by 2013, surveillance of Netanyahu was focused on protecting the Iran nuclear negotiations. Netanyahu’s invitation to address Congress caught the White House by surprise and the surveillance was not only directed at Israelis or even pro-Israel Americans, but members of Congress who were skeptical that the Islamic terror regime would ever scuttle its nukes.

The Iran Deal ushered in a surveillance shift from monitoring the former allies that Obama wanted to toss overboard, to monitoring Americans who were friendly to those governments, and then leading members of the political opposition, and finally members of an incoming administration. Obama and his associates had redefined national security as the pursuit of his dangerous foreign policy, and the new national security threats were administration critics who were surveilled in order to entrap them.

Surveillance had morphed from spying on Obama’s political opponents to conspiring to lock them up.

General Flynn had been a key opponent of the Iran policy, as detailed by Lee Smith in How Russiagate Began With Obama’s Iran Deal Domestic Spying Campaign. Flynn’s arrival not only threatened the Iran Deal, but the politicized intelligence agencies that had been covering for Iran even during the Bush days. Beyond protecting the Iran Deal and Obama’s legacy, the fake intelligence machine was defending itself.

Flynn had already been forced out once. His return wasn’t supposed to happen and was seen as a threat.

Oubai Shahbandar, who had worked for the DIA and served on the ground in Iraq as a strategic analyst, noted that Flynn had warned Obama that Al-Qaeda in Iraq would make a comeback, “Flynn’s prophetic warnings would play out exactly as he’d warned shortly after he was fired.”

It was bad enough that Obama’s foreign policy vets and intelligence cronies had failed. The prospect of having Flynn return to take advantage of their mistakes and wreck their credibility was unthinkable.

The pretext for taking down Flynn was generated when he called Ambassador Kislyak about an anti-Israel resolution coming up at the UN. The Obama administration had played a key role in generating these shadow resolutions by other countries to pressure Israel. The Jewish State, along with the UAE, the Saudis, and Egypt, and any Trump associates friendly to them, had become targets in a shadow war meant to keep Obama’s foreign policy in place even under the incoming Trump administration.

Obamagate was waged to protect a foreign policy based around Iran and the Muslim Brotherhood.

That was why Walid Phares, a Trump adviser, was also investigated by the FBI and the Mueller team for his friendliness to President Sisi’s anti-Islamist government in Egypt. Flynn and Phares were investigated because they posed a threat to Obama’s pro-Islamist foreign policy. That was Susan Rice’s pretext for unmasking the names of Trump officials meeting with the crown prince of the United Arab Emirates.

Flynn and Phares were targeted because they were critics of the Iran Deal and the Brotherhood.

Flynn and Phares, in their own ways, struck at the twin Islamist hearts of that foreign policy.

The Arab Spring and the Brotherhood’s ascendancy had been crucial to Obama’s vision of a new Middle East. Obama had been pushing regime change in Egypt as early as his 2002 Daley Plaza speech, in which he invoked regime change for Egypt and Saudi Arabia, but not, of course, for Iran. The Brotherhood’s collapse across the region had been personally humiliating for Obama and his people hadn’t given up their dreams of a Muslim Brotherhood Reconquista in Egypt. Phares was a threat to those dreams.

Iran was Obama’s last shot at his grand strategy to realign America’s foreign policy toward Islamist terror states. This was not just one agreement, but a desperate attempt to turn back the clock to the Cairo Speech, before ISIS, the counter-revolutions in Egypt and Tunisia, and the growing tilt of the Saudis and the UAE toward Israel and against the Islamists and Iran. Obama’s entire foreign policy was on the line.

Having Flynn on duty risked sabotaging what Obama saw as his only surviving foreign policy success. And when Flynn directly intervened to stop an Obama shadow UN resolution aimed at Israel, his cronies in the intelligence community struck back hard, taking revenge over Flynn’s effort to protect Israel, and marking their territory from Egypt to Iran, while seeking to hijack the incoming Trump administration.

The peaceful transition that traditionally separated the American political system from those of failed states was coming apart as the Obama administration, no longer content with covert eavesdropping or media leaks, actively went to war over foreign policy with the Trump administration. This was not a mere Watergate. It was a civil war being waged within the limited confines of Washington D.C.

But the pattern of media leaks did suggest a link between Obama’s surveillance of members of Congress and the spying on Flynn.

As Smith notes, “Adam Entous was offered the leak of the Dec. 29 call early on”. Entous was also the writer who ‘broke’ the story of Obama’s spying on Congress and pro-Israel activists for the Wall Street Journal while spinning the material in a way that justified this latter-day Watergate. Washington D.C. operatives usually have favored reporters that they leak stories to for the right political spin.

As I noted in 2018, “Spygate was the warped afterbirth of our failure to meaningfully confront Islamic terrorism. Instead, the political allies of the terrorists and the failed watchmen who allowed them to strike so many times, got together to shoot the messengers warning about the terror threat.”

The Obama administration betrayed America. It sold out the soldiers in the field, and then their commanders, and when it lost power, it went to war against the civilian leadership using the tools that had been traditionally reserved for the terrorists that it had refused to take on and defeat.

Obama didn’t just corrupt our national security system to wage war on his successor administration, he did it to protect the Islamist terrorist enemies of this country: Iran and the Muslim Brotherhood.

Instead of fighting Islamic terrorists, Obama used the national security state to spy on their opponents, beginning with pro-Israel Americans, and concluding with Trump allies in a horrifying act of treason.